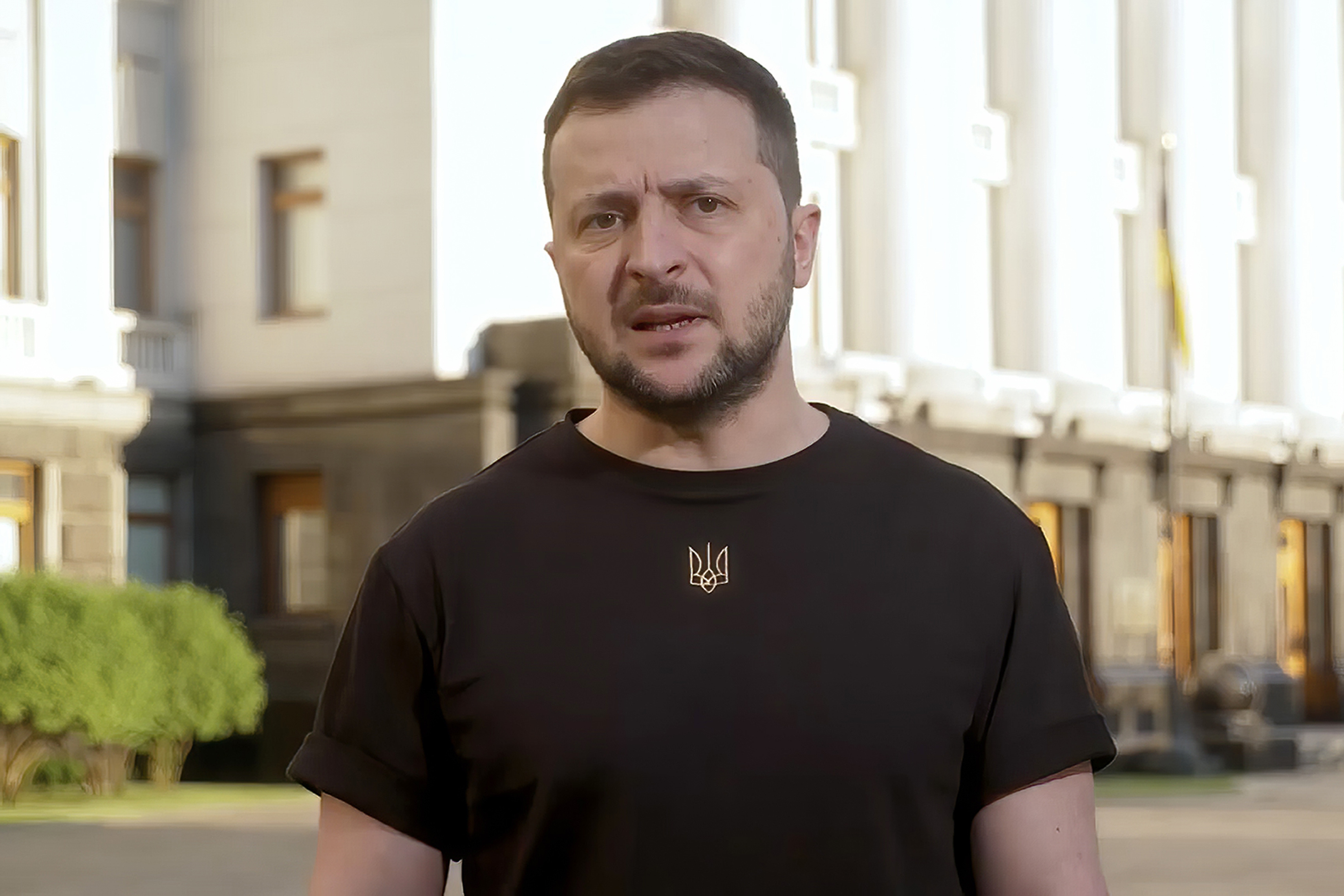 Some said the old friends rarely speak these days, save for government business. Ensuring a smooth transition may be tricky with the war still raging, with one official telling POLITICO that Zelenskyy is worried about the optics of sacking someone from his inner circle. For now, much of the SBU’s daily operations are being run from the presidential office and people still in good graces of Zelenskyy and his chief of staff, Andriy Yermak.

Bakanov is a 47-year-old lanky who’s been at Zelenskyy’s side since the latter rose from a scrawny comedian in the industrial, south-central city of Kryvyi Rih to a muscular war-hardened leader famous beyond well Ukraine’s borders. Bakanov’s appointment in 2019 was criticized by opposition parties who said someone with his background was unfit to lead the top intelligence-gathering agency. But as one of the president’s most trusted confidants and business partners, there were little opponents could do to stop the move.

Now some feel vindicated as criticisms of Bakanov reverberate in the halls of government and parliament. Many in Kyiv allege that he failed to respond to Russia’s invasion on Feb. 24 and properly command his behemoth department of over 30,000 agents.

“We are highly unsatisfied with his job and are working to get rid of him,” a top Ukrainian official close to Zelenskyy told POLITICO on the condition of anonymity to talk about sensitive personnel issues. “We are not satisfied with his managerial, you know, [skills] because now you need … anti-crisis management skills like we don’t think that he has.”

Zelenskyy’s office, Bakanov and the SBU did not respond to POLITICO’s requests for comment.

The officials and the Western diplomat all said the concern is greater than just Bakanov — it’s also about the decisions of several senior agency personnel in the first hours and days of Russia’s full-scale invasion of Ukraine that may have cost the country precious territory, including the strategic city of Kherson.

Gen. Serhiy Kryvoruchko, head of Kherson’s SBU directorate, ordered his officers to evacuate the city before Russian troops stormed it, against Zelenskyy’s orders, authorities allege. Meanwhile, Col. Ihor Sadokhin, his assistant and head of the local office’s Anti-Terrorist Center, is alleged by authorities to have tipped off Russian forces heading north from Crimea about the locations of Ukrainian mines and helped coordinate a flight path for the enemy’s aircraft while he fled in a convoy of SBU agents going west.

Kherson was the first and so far the only major Ukrainian city captured by Russian forces since the start of the all-out invasion. It was occupied by the Russian army on March 3, seven days after President Vladimir Putin launched his new offensive.

The Ukrainian officials said Russian troops were able to take Kherson so easily because of the failure on the part of SBU officials there to blow up the Antonovskiy Bridge that crosses the Dnipro river, allowing Russian troops to cruise into the city.

Underscoring the lack of loyalty within the top ranks of the SBU, a third former senior official, Andriy Naumov, a brigadier general who headed the agency’s internal security department — a unit whose responsibilities include preventing corruption within the SBU — fled abroad a few hours before Russia’s invasion on Feb. 24.

Ukrainian authorities have charged all three former SBU officials with state treason. in his late-night video address on March 31, Zelenskyy stripped Naumov and Kryvoruchko of their ranks and denounced them as “traitors.”

Sadokhin and Kryvoruchko were detained by Ukrainian authorities; Naumov was detained on June 7 in Serbia, where law enforcement officers found him with an alleged German smuggler and 600,000 euros, $125,000, and a stash of emeralds. Kyiv is fighting for his extradition of him to face charges at home.

“There’s so many regional SBU managers who behaved really strange. Some ran away. One guy, for example, in Chernihiv, he [burned down] the whole building of the SBU for no reason, you know, like, because he said that he has no time to get all the documents out,” said the top Ukrainian official who spoke to POLITICO. Police and other law enforcement agencies in the city managed to successfully remove sensitive documents from their offices, the official said.

Known by its Ukrainian acronym, the SBU is the successor agency of the Soviet-era KGB. With more than 30,000 employees, the SBU is more than seven times the size of the UK’s MI5 and nearly the size of the FBI — which employs 35,000 people — despite Ukraine being 16 times smaller than the US While it is tasked with traditional domestic intelligence and counterintelligence gathering, the SBU’s activities also go beyond the scope of similar agencies in Western nations; among its duties is combating economic crimes and corruption.

With this sweeping mandate, there have long been accusations of abuse of power and corruption within the agency, including in units meant to fight those very things, and it has largely proved impervious to change. Indeed, attempts to reform the SBU have sputtered.

It is also known to be infiltrated by Russian spies, much to the detriment of the country’s interests in security and despite efforts to root them out.

Criticism of the agency reached a critical mass in 2018, when the SBU faked the death of a dissident Russian journalist to allegedly expose a hit squad hired by Moscow to assassinate high-profile figures inside Ukraine. International media watchdogs were outraged and Western governments won.

After Zelenskyy won a landslide presidential vote in 2019, he set out to clean up the SBU and tapped his pal Bakanov to lead the charge in an attempt to showcase the newly elected leader’s determination to prove to the West that Kyiv was serious about reforms.

Whether he has been successful in doing so is debatable at best, observers say.

Alex Kokcharov, a London-based country-risk analyst focused on Ukraine and Russia for S&P Global, said a series of scandals in recent years had cast a shadow over the SBU. He said Kyiv wasted years not overhauling the agency when many feared a large-scale Russian attack was bound to happen.

“All these scandals around the SBU involved in the questionable practices over their attempts to conduct economic-related business investigations, and the interagency infighting between different security services of Ukraine [led to] not enough preparation done in specific areas like the south and the east, which were the more expected Russian targets,” Kokcharov said.

One of the SBU’s strengths, he said, has been the agency’s ability to identify saboteurs and collaborators outside its walls, such as civilians who have helped direct Russian artillery fire on the ground, often in return for money or the promise of a better life under Moscow rule.

But right now, the spotlight is less on the SBU’s successes and more on its failures. And Bakanov, with the exception of a few photo ops with Zelenskyy, has kept a low profile since the invasion began.

“I hope at the end of the day we will really have a proper investigation of how it happened that this one bridge [was not destroyed],” the top official said, noting that the government pins the fall of Kherson on the SBU’s lack of Ukrainian preparedness.

Kherson’s capture has allowed Putin’s forces a critical foothold in the country’s southern region along the Black Sea coast. For that, the top official said, pointing the finger at Bakanov, “somebody has to suffer.”