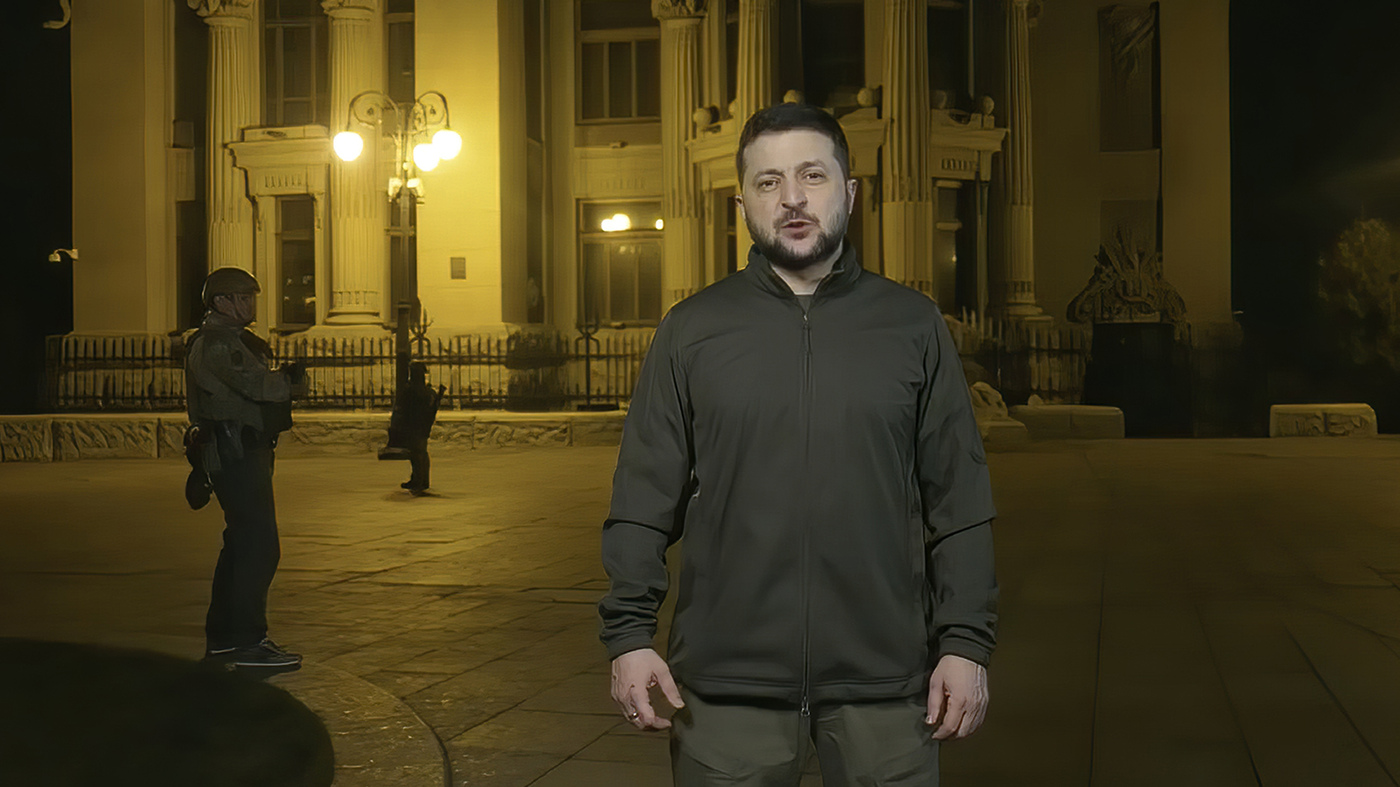 President Volodymyr Zelenskyy speaks from Kyiv on Thursday night. He said he had stripped two generals of their military rank and that all traitors will ultimately be punished.

President Volodymyr Zelenskyy speaks from Kyiv on Thursday night. He said he had stripped two generals of their military rank and that all traitors will ultimately be punished.

Ukraine’s president has stripped two generals of their military rank, calling them “traitors” and “antiheroes.”

Volodymyr Zelenskyy said in his nightly public address on Thursday the two intelligence officers — Naumov Andriy Olehovych, the former chief of the main department of internal security of the Security Service of Ukraine, and Kryvoruchko Serhiy Oleksandrovych, the former head of the Office of the Security Service of Ukraine in the Kherson region — are no longer generals.

The Security Service of Ukraine is the government’s main intelligence and security agency focused on counter-intelligence and counter-terrorism. Kherson is one of the few big Ukrainian cities that have fallen to Russian forces, who occupied it in the early days of the war.

Zelenskyy did not elaborate on the reasons behind the decision, but suggested that the generals had not been loyal to Ukraine.

“According to Article 48 of the Disciplinary Statute of the Armed Forces of Ukraine, those servicemen among senior officers who have not decided where their homeland is, who violate the military oath of allegiance to the Ukrainian people as regards the protection of our state, its freedom and independence will inevitably be deprived of senior military ranks,” he said, according to an English translation. “Random generals don’t belong here!”

He added that he does not have time to deal with all such traitors, “but gradually they will all be punished.”

Zelenskyy also mentioned that a government program to compensate citizens who have lost their homes has received more than 25,491 applications in just a few days, even though the estimated number of residents in these houses and apartments is closer to 63,000.

“But we know that more needs to be restored,” he said. “Much more.”

This story originally appeared in the morning edition live blog.