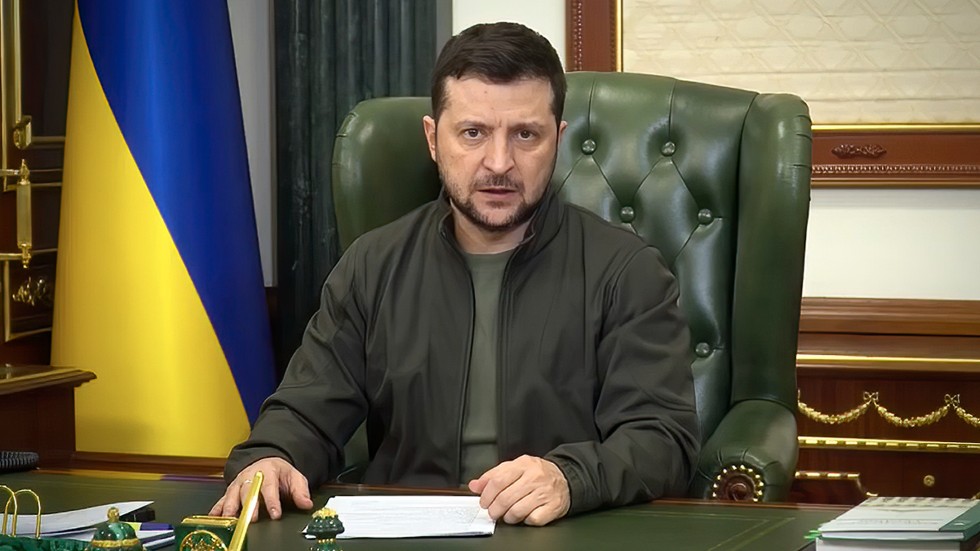 Ukrainian President Volodymyr Zelensky announced on Thursday that two of his country’s top security officials had been dismissed from their roles as generals for being “traitors.”

“Regarding antiheroes. Now, I don’t have time to deal with all the traitors. But gradually they will all be punished,” Zelensky said in a speech.

Zelensky did not elaborate on what had led to the two officials being dismissed, though he noted that the Ukrainian army’s disciplinary statute officers who “have not decided where their homeland is, who the military oath of allegi violate the Ukrainian people as regards the protection of our state, its freedom and independence” would “inevitably be deprived of senior military ranks.”

During his speech, Zelensky shared that he had spoken with Turkish President Recep Tayyip Erdoğan, who had sought to act as a mediator between Ukraine and Russia. Zelensky indicated that Turkey had offered to act as a guarantor for Ukraine’s security in the ongoing negotiations.

Zelensky also touched on the ongoing situation in Ukraine’s south and the Donbas region, which is controlled by Russian-backed separatists. Conditions in those areas remain “extremely difficult,” according to the Ukrainian president.

“The invaders are allocating their sick creativity to the temporarily occupied areas of the Kherson region. They are trying to organize some of their incomprehensible structures there, they are trying to figure out how to consolidate their presence there,” said Zelensky.

“Of course, this is hopeless for them. The more active they are there, the more substantial the losses of Russia itself will be in the end. The losses of Russians themselves. Because who else will pay for the occupation of a foreign land?”