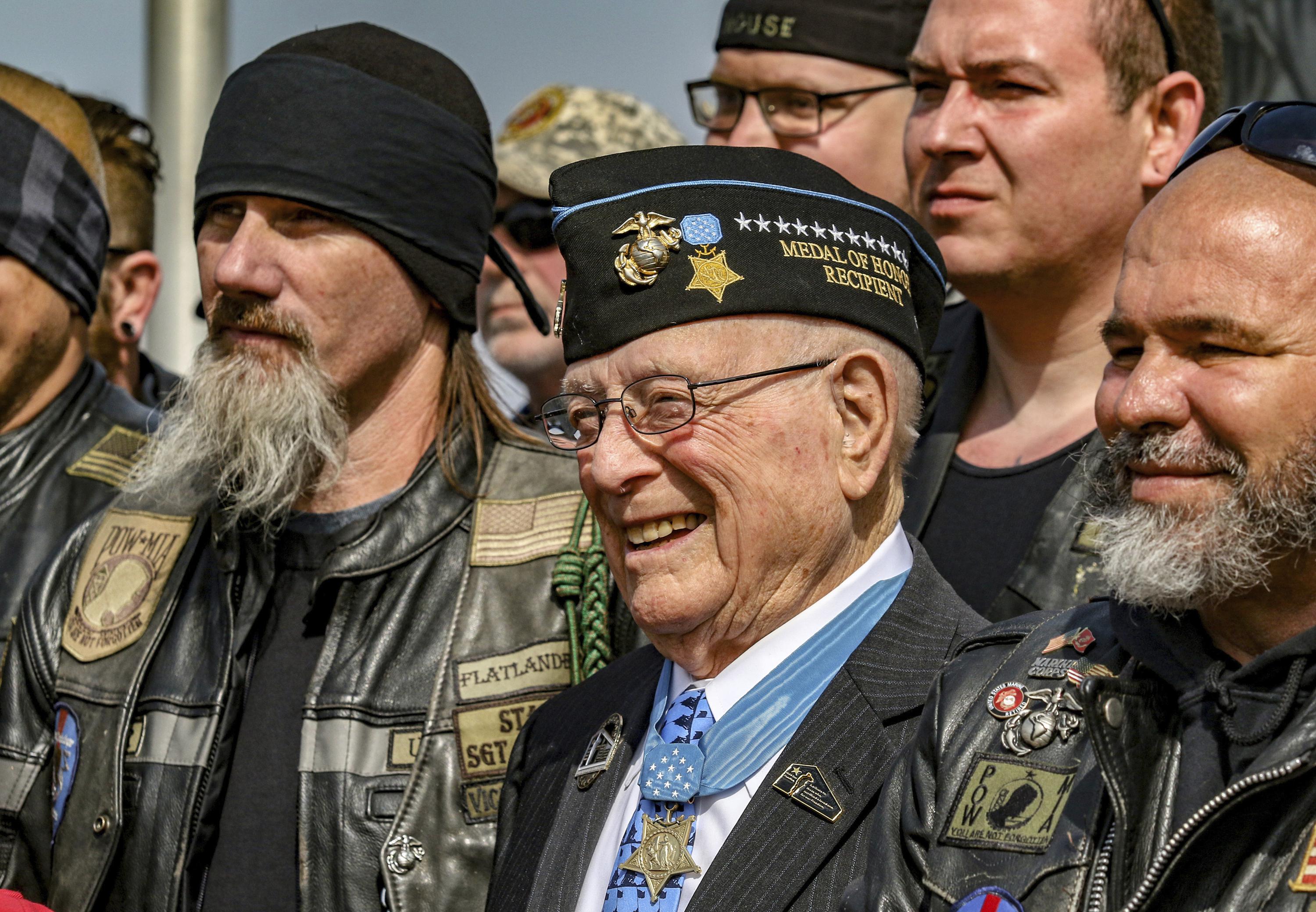 A date and other details will be announced later, Pelosi and Schumer said in a joint statement.

Williams, who died on Wednesday at 98, was a legend in his native West Virginia for his heroics under fire over several crucial hours at the battle for Iwo Jima. As a young Marine corporal, Williams ahead of his unit in February 1945 and eliminated a series of Japanese machine gun positions. Facing small-arms fire, Williams fought for four hours, repeatedly returning to prepare demolition charges and obtain flamethrowers.

“It’s raised hundreds of thousands of dollars,” Manchin said. He joked that “it’s not going to be stopping, because Woody would come after me in a heartbeat.”

Manchin, the West Virginia Democrat, said he will miss Williams’ phone calls, noting how Williams would always give him directions and to-do lists.

“I’ll miss him telling me how I’m supposed to vote. And when I didn’t, how I made a mistake,” Manchin said.

Gen. David H. Berger, commandant of the US Marine Corps, said at the memorial that Williams always took exception to the notion that he accomplished that feat alone. He always acknowledged the other men on his team, some of whom never returned home.

“Woody may be the most genuine person I ever met,” Berger said, noting his unique combination of humility and humor. “He could make you laugh. He could make you care. That was his gift from him.”

Williams remained in the Marines after the war, serving a total of 20 years, before working for the Veterans Administration for 33 years as a veterans service representative. In 2018, the Huntington VA medical center was renamed in his honor, and the Navy commissioned a mobile base sea vessel in his name in 2020.

“He left an indelible mark on our Marine Corps,” Berger said. “As long as there are Marines, his legacy will live on.”

Manchin announced during his remarks that Williams would lie in state at the Rotunda, but Pelosi and Schumer said he would lie in honor. The distinction, according to the Architect of the Capitol, which oversees the building, is that government officials and military officers lie in state while private citizens lie in honor.