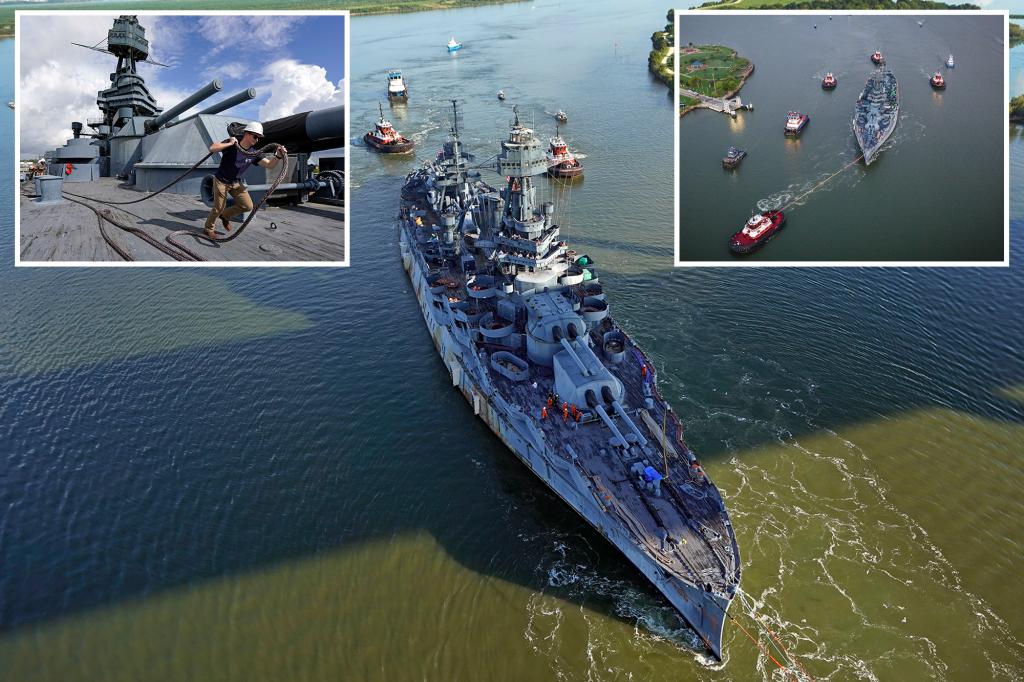 The USS Texas — the last surviving battleship to serve in both world wars — sailed for the first time in 32 years Wednesday to undergo millions of dollars in repairs, said the Battleship Texas Foundation.

Texans watched the impressive warship leave its slip at the historic San Jacinto Battleground in La Porte before dawn Wednesday. Crowds gathered Ship along the route as the ship made its way down the Houston Channel to Galveston Bay, where it will undergo $35 million in repairs.

“We’re to the point where if we didn’t intervene and if we didn’t do something, the ship’s days are really over,” Bruce Bramlett, chief operating officer of the Battleship Texas Foundation, told FOX Houston.

The momentous departure was streamed live online and by TV stations in the Lone Star State.

“At her commission, she was the number one battleship weapon in the world,” Tony Gregory, president and CEO of the Battleship Texas Foundation, told the Houston Chronicle.

Once the world’s most powerful weapon, the last surviving dreadnought is now fragile and in need of repairs for recurring leaks. Escorted by tugboats, the vessel made the 40-mile trip to Galveston, shutting down traffic into Port Houston, one of the largest ports in the US.

Although the transfer was risky, it went better than imagined.

“We had a perfect launch,” Gregory told the Houston Chronicle. “If she was going to have a problem, it was going to be in the first 15 minutes.”

The Texas will remain in Galveston for renovations that are expected to take a year and a half.

Commissioned in 1914 as the USS Texas, it was used to escort charge to Europe and protect it from the Germans, according to the Houston paper. During World War II, the Texas protected amphibious troop landings in North Africa, Europe and the Pacific.

The vessel was decommissioned in 1946 and gifted to the state of Texas in 1948. It’s since been turned into a museum.