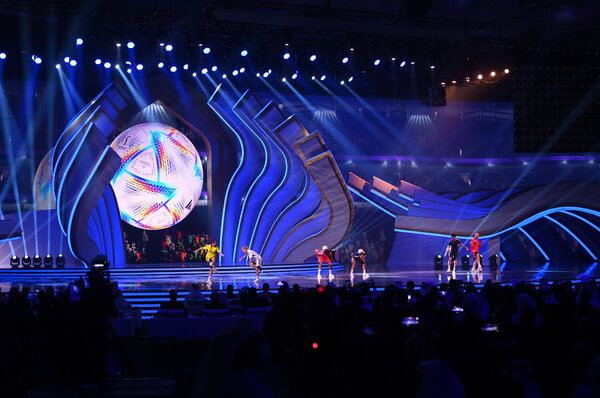 The World Cup field — part gala, part pep rally, part math seminar — will at last give each team and their fans the answer to the question they have been asking since the moment they qualified for the tournament:

First, though, you have to understand how the draw works.

Each team has been assigned to one of four pots, based on its world ranking. (The final three places in the field will be determined in playoffs in June, but their paths will be set Friday.)

Here’s how FIFA, world soccer’s governing body, has grouped the teams for the draw:

Once the draw begins, one team from each pot will be placed in each of the eight World Cup opening round groups. The teams are grouped by relative strength, to ensure an equal distribution, and there are also rules to keep them apart from regional rivals. Each group may have no more than two teams from Europe, for example, and no more than one from any other continent.

The entire process can feel a bit methodical at times: First, a ball is pulled from one of the bowls containing the names of each team in that pot. Then a second ball is drawn to place the team in its position, which must be done carefully to ensure that rules about regional rivalries are followed.

It is a high-stakes affair — a tough draw can seal a team’s fate long before it gets to Qatar. But draws can go wrong, too, as the Champions League learned in December. It had announced its highly anticipated knockout-round matchups before discovering a mistake, and had to stage an embarrassing do over.

FIFA will be hoping to avoid that at all costs today.