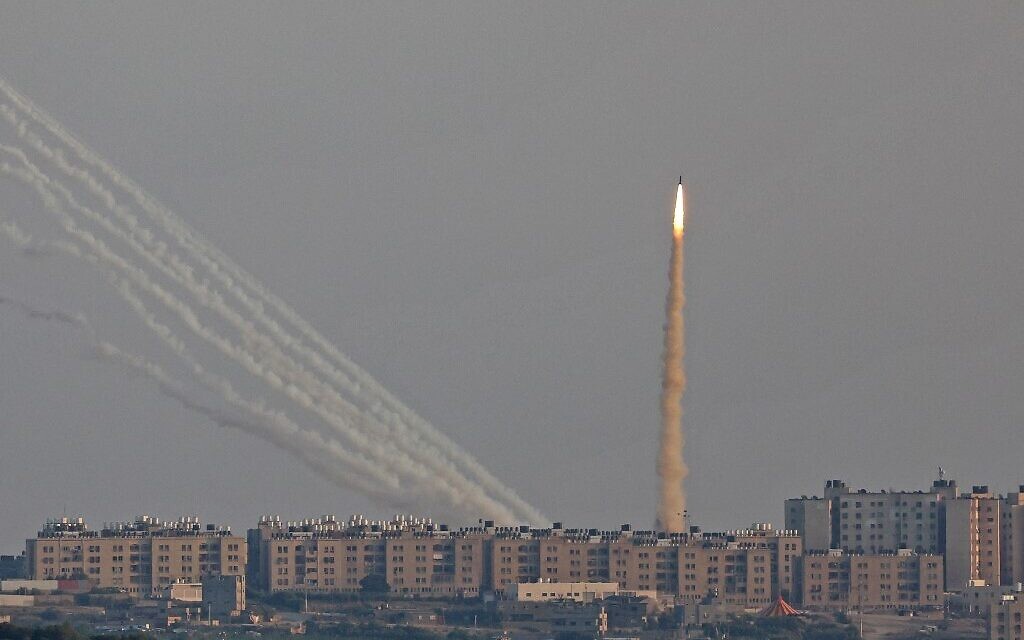 With a ceasefire between Israel and Gazan terrorists imminent, Prime Minister Yair Lapid told municipal leaders of southern towns on Sunday afternoon that Israel had achieved its goals in the current round of fighting, having eliminated key figures in Palestinian Islamic Jihad’s top command.

But rocket volleys from the Strip targeting Sderot, Ashkelon, and other local communities continued into the evening. The vast majority of rockets were intercepted by the Iron Dome defense system, but there were a few sporadic reports of impacts near homes or industrial buildings.

A number of rockets were also fired toward Tel Aviv on Sunday evening and were intercepted. Channel 12 reported that one rocket was intercepted over Ben Gurion Airport, Israel’s main air hub, but this was denied by a spokesman for the Israel Airport Authority who said air traffic was uninterrupted.

One man was lightly injured by a rocket that hit an industrial zone in Ashkelon around 8 pm He was taken to a hospital for treatment.

Israel and the PIJ both said a ceasefire would come into effect at 11:30 pm

However, as the hour came and went, no ceasefire was announced, with Israeli networks airing unsourced reports that while Israel had agreed to a calm-for -calm scheme, the PIJ was still reluctant, having failed to achieve any significant gains so far. 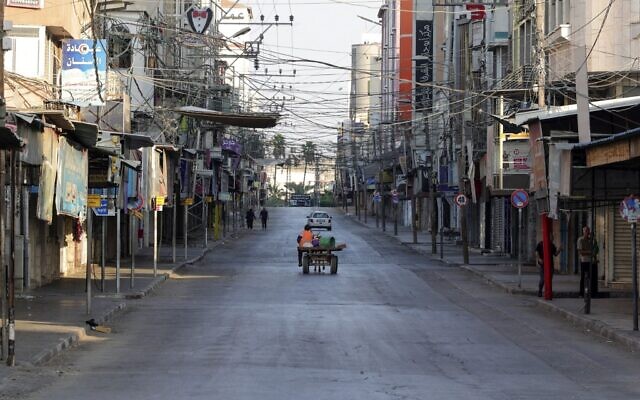 A Palestinian man drives his cart in near empty streets in Gaza City on August 7, 2022. (MOHAMMED ABED / AFP)

And Muhammad al-Hindi, a senior member of the organization, said in a statement that it was “early to speak of the timing for a ceasefire.”

The ceasefire was announced by PIJ officials around 9 pm, with Israeli officials later confirming.

On the third day of Operation Breaking Dawn, Israel’s air offensive against the PIJ, Lapid visited IDF Southern Command headquarters for an assessment of the situation with IDF Chief of Staff Aviv Kohavi and other officials. He then continued to Sderot to meet with local authority heads including the mayors of Sderot and Ashkelon, as well as other municipal officials. 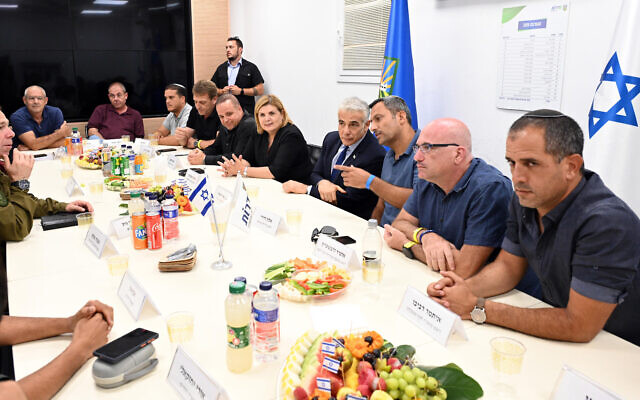 According to multiple Hebrew media reports, Lapid told the local authority heads that Israel had met its goals in the three days of fighting and that there was no real benefit to continuing the operation.

The IDF says that in the first two days of the operation, it eliminated the PIJ’s military leaders in northern and southern Gaza, along with southern Gaza’s deputy head and the commander of the terror group’s Rafah Brigade. It also killed the head of the group’s anti-tank missile array.

According to Channel 12, during a meeting of the security cabinet on Saturday evening, Shin Bet chief Ronen Bar advised ministers to start wrapping up the operation before an “accident or mistake” by the military complicates the situation. The report, which cited three unnamed sources who were in the room, said most ministers agreed with this assessment.

As of Sunday evening, the IDF said that PIJ had launched 935 rockets toward Israel since Friday. Of those, 160 fell short, in the Gaza Strip, according to the latest data, and around 300 were intercepted by the Iron Dome air defense system. Most others fell in open areas.

Southern towns were bombed with volleys of rockets throughout the day. Local authorities said there were power outages in some towns due to another rocket hitting electrical lines in the area.

In the morning, the PIJ fired rockets toward Jerusalem, but they fell short of reaching the capital, setting off sirens in surrounding towns. 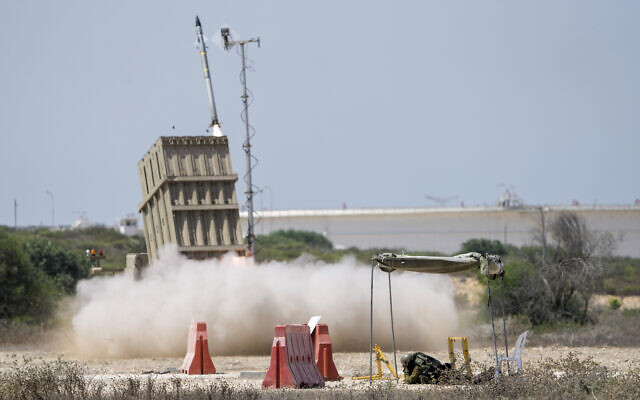 The Defense Ministry said that three mortars also hit the Erez Crossing between Israel and Gaza. The terminal roof was damaged as a result of a fire, and shrapnel fell into the entrance hall, the ministry said. No one was hurt, as the crossing serving Palestinians crossing into Israel has been shuttered for days.

Since Friday, Israel has carried out heavy aerial and artillery bombardment of Islamic Jihad positions in Gaza. The Gaza Health Ministry, run by Hamas, said that at least 41 Palestinians had been killed including over 11 children, and 311 people had been wounded since Friday. Three Israelis were wounded by shrapnel, and others forced to shelter from barrages of rockets fired from Gaza.

Israel said many of the dead are PIJ terrorists. It said at least nine civilians, including several children, died due to Palestinian rocket misfires hitting Gaza homes.

Around 8 pm on Sunday, the Hamas-run Gaza Health Ministry said that five more people had been killed in Gaza. Military sources told Hebrew media the deaths may have been caused by yet another PIJ rocket misfire, though it did not have immediate confirmation of this.

On Sunday, the IDF said it struck 11 PIJ rocket launching positions, two mortar launching sites, among other sites across the Gaza Strip.

The Gaza operation was launched after several days of closures and lockdowns in Israeli communities near the Strip due to the alert of an imminent attack, with the PIJ seeking to avenge the arrest of its West Bank leader last Monday.

Israeli leaders and military officials said the operation was started because Islamic Jihad had refused to back down from its plans to attack Israeli targets close to the border.

Emanuel Fabian contributed to this report.