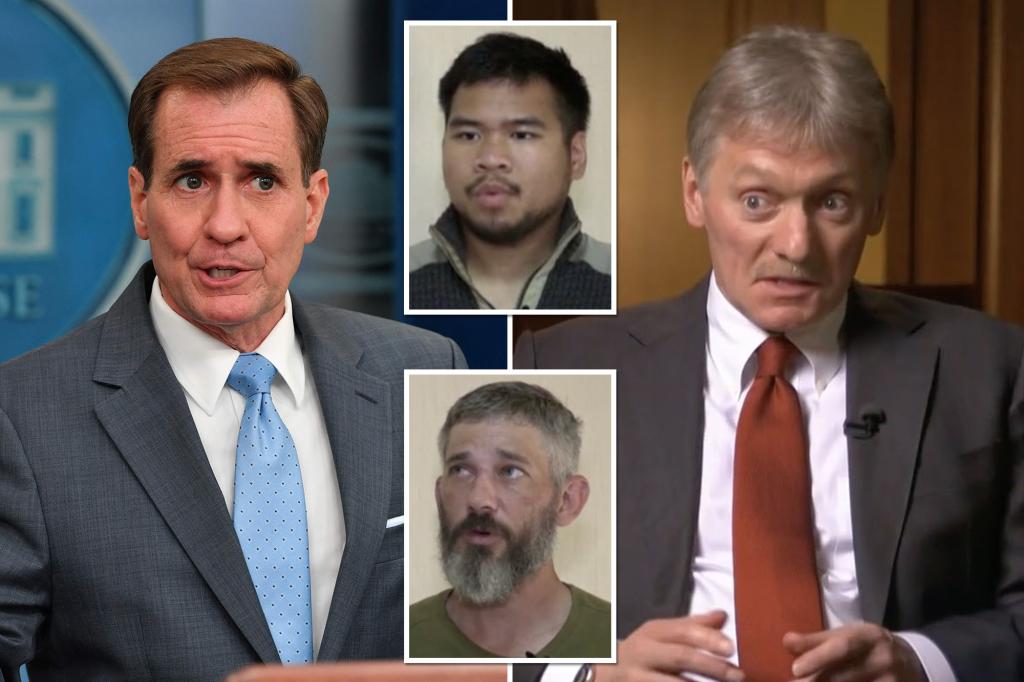 The White House on Tuesday slammed a suggestion from the Russian government that two Americans captured in Ukraine may face the death penalty.

“It’s appalling that a public official in Russia would even suggest the death penalty for two American citizens who were in Ukraine,” National Security Council spokesman John Kirby said at a White House briefing.

“We’re going to continue to try and learn what we can about this,” he added.

Alexander Drueke, 39, and Andy Huynh, 27, are believed to be held by the pro-Moscow Donetsk People’s Republic, which this month sentenced one Moroccan and two British fighters to death.

Kremlin spokesman Dmitry Peskov on Monday told NBC the pair are “soldiers of fortune” eligible for criminal trial — before saying on a press call Tuesday that Russia “can’t rule out” their executions.

“We can’t rule anything out, because these are court decisions. We don’t comment on them and have no right to interfere,” Peskov said.

Drueke and Huynh, both US military veterans from Alabama, are believed to have been captured near Kharkiv while helping Ukraine fight back against Russia’s invasion, which began on Feb. 24.

Russia recognizes Donetsk as an independent country, but its rebel leaders have since 2014 relied heavily on Russia for support. Russia doesn’t have the death punishment as a criminal penalty, but the breakaway state does.

In a video interview recorded after their capture, an interrogator potentially affiliated with the pro-Russia rebels informs Huynh that he’s eligible for the death penalty under the laws of the Donetsk republic.

“You do know about the death sentence that was ordered on the two British soldiers, and are you aware of the realistic possibility that death may happen to you?” the person says.

Huynh responded, potentially under duress, that “I know that I have committed crimes and I am willing to accept my punishment.”

The British and Moroccan fighters previously sentenced to death by firing squad have not yet been killed.