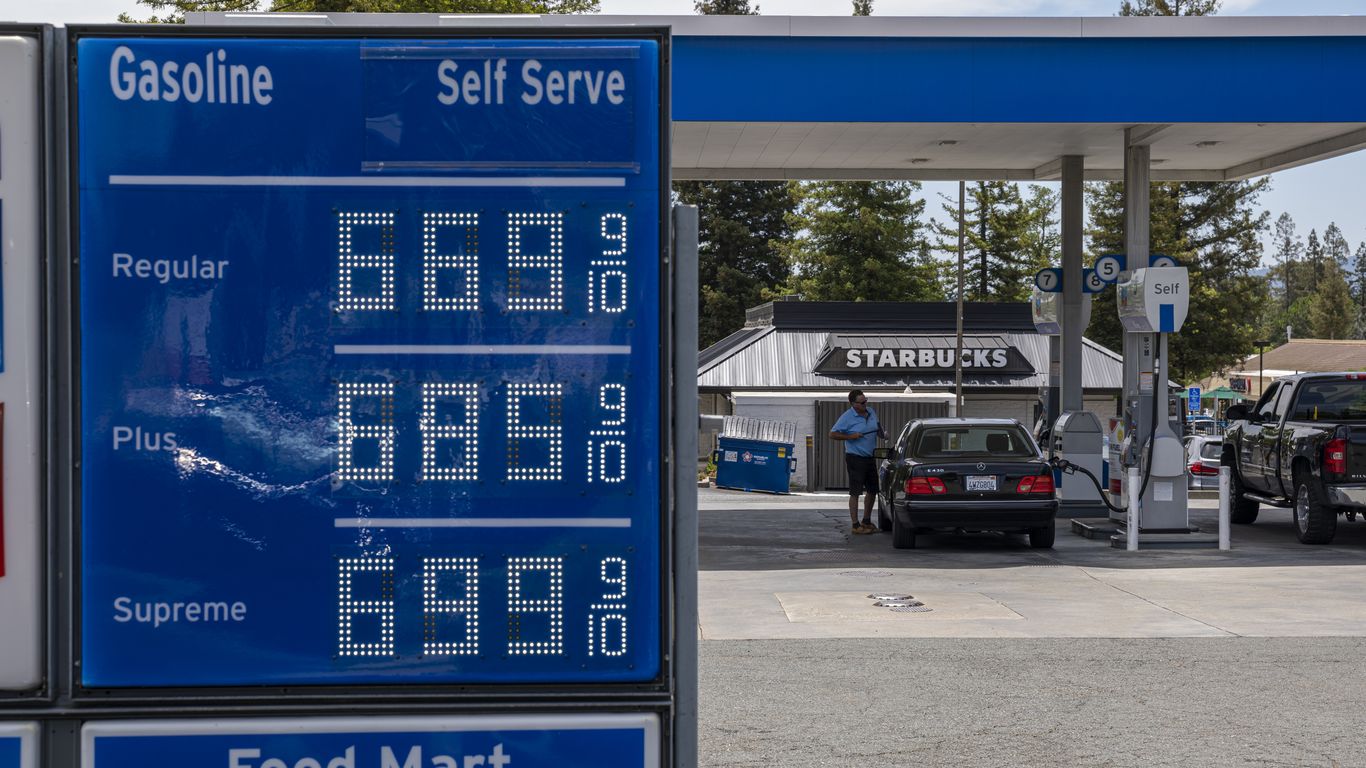 The White House Press Secretary Karine Jean-Pierre on Sunday responded to criticism from Jeff Bezos about President Biden’s call for oil executives to reduce gas prices, saying high gas prices are emblematic of “a market that is failing the American consumer.”

Driving the news: After Biden tweeted on Saturday reiterating calls for oil companies to lower prices, Bezos responded by tweeting“inflation is far too important a problem for the White House to keep making statements like this.”

State of play: While crude oil prices have fallen, it’s not unusual for it to take some time for gas prices to reflect the change.

But, but, but: The cost of crude oil is not the only factor that goes into determining prices at the pump, and oil companies have a limited role in setting the ultimate retail prices, according to the Dallas Fed.

The big picture: The Biden administration has tried several strategies to temper soaring gas prices, including releasing oil from the Strategic Petroleum Reserve, easing rules around E15 gasoline, and calling for a suspension of the federal gas tax, which Congress has not done.