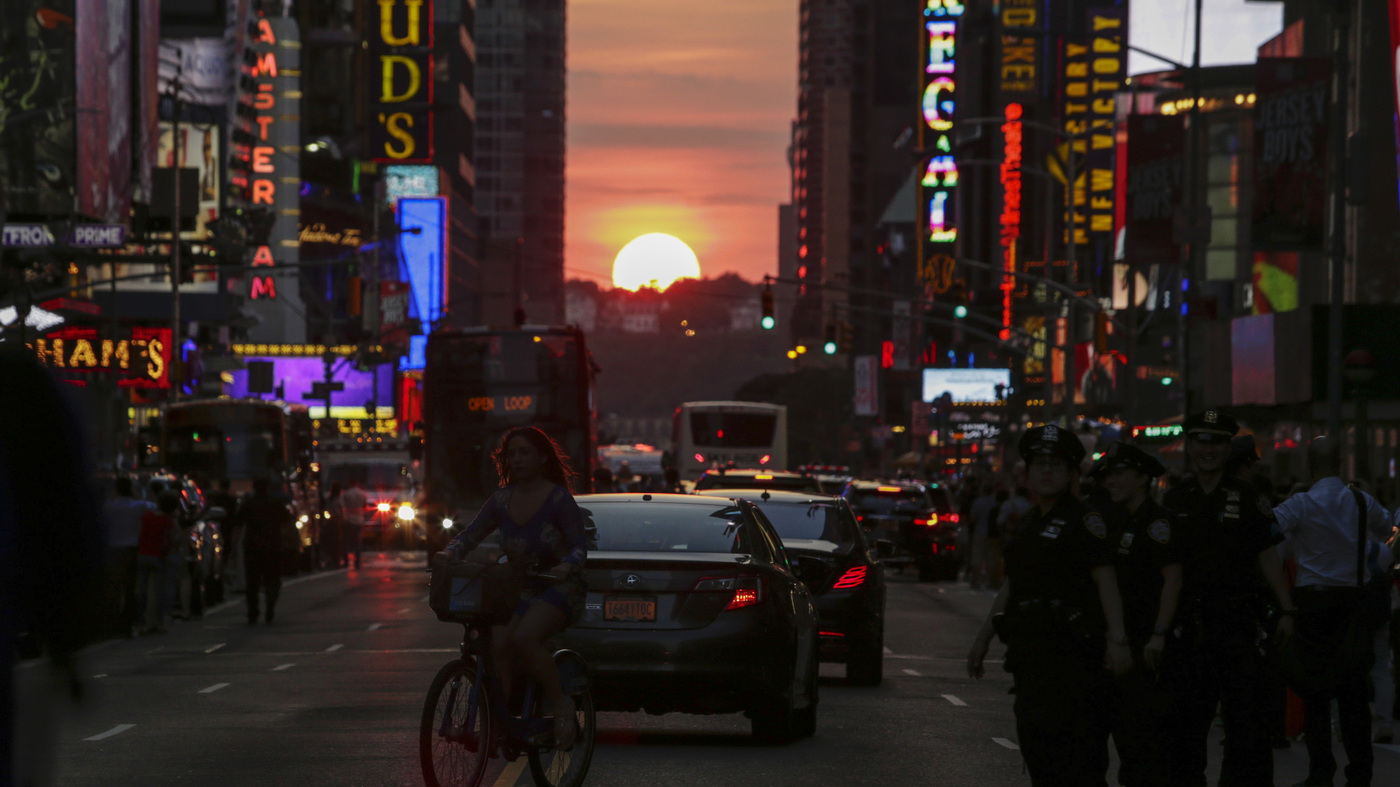 Where to view Manhattanhenge for the last time this year

A woman rides a bike on 42nd St. in New York during Manhattanhenge in 2016.

A woman rides a bike on 42nd St. in New York during Manhattanhenge in 2016.

In a city known for not stopping, the upcoming Manhattanhenge may give New Yorkers a run for their money.

On Monday and Tuesday, for the last time this year, the sun will set between New York’s skyscrapers — not only offering the perfect photo opportunity but also a chance to marvel at the serendipitous city planning that made Manhattanhenge possible.

“Beyond the grid you need a clear view to the horizon, as Manhattan has across the Hudson River to New Jersey. And tall buildings that line the streets create a vertical channel to frame the setting Sun,” Neil deGrasse Tyson, astronomer and New York native, wrote.

“So Manhattanhenge may just be a unique urban phenomenon in the world, if not the universe,” he added.

How can we see it?

The Manhattanhenge effect takes place about four times a year — twice in the spring and twice in the summer. If you missed it in May, this week will be the last chance to witness the celestial event in 2022.

On Monday at 8:20 pm ET, the full sun will be on view above the city horizon. Tuesday at 8:21 pm ET, only half the sun will be visible.

The best places to view the celestial event are on most of New York’s major cross streets near downtown, including 14th, 23rd, 34th, 42nd and 57th Sts. The American Museum of Natural History recommends sunset watchers go as far east as possible while still having an eye on New Jersey across the Hudson River.