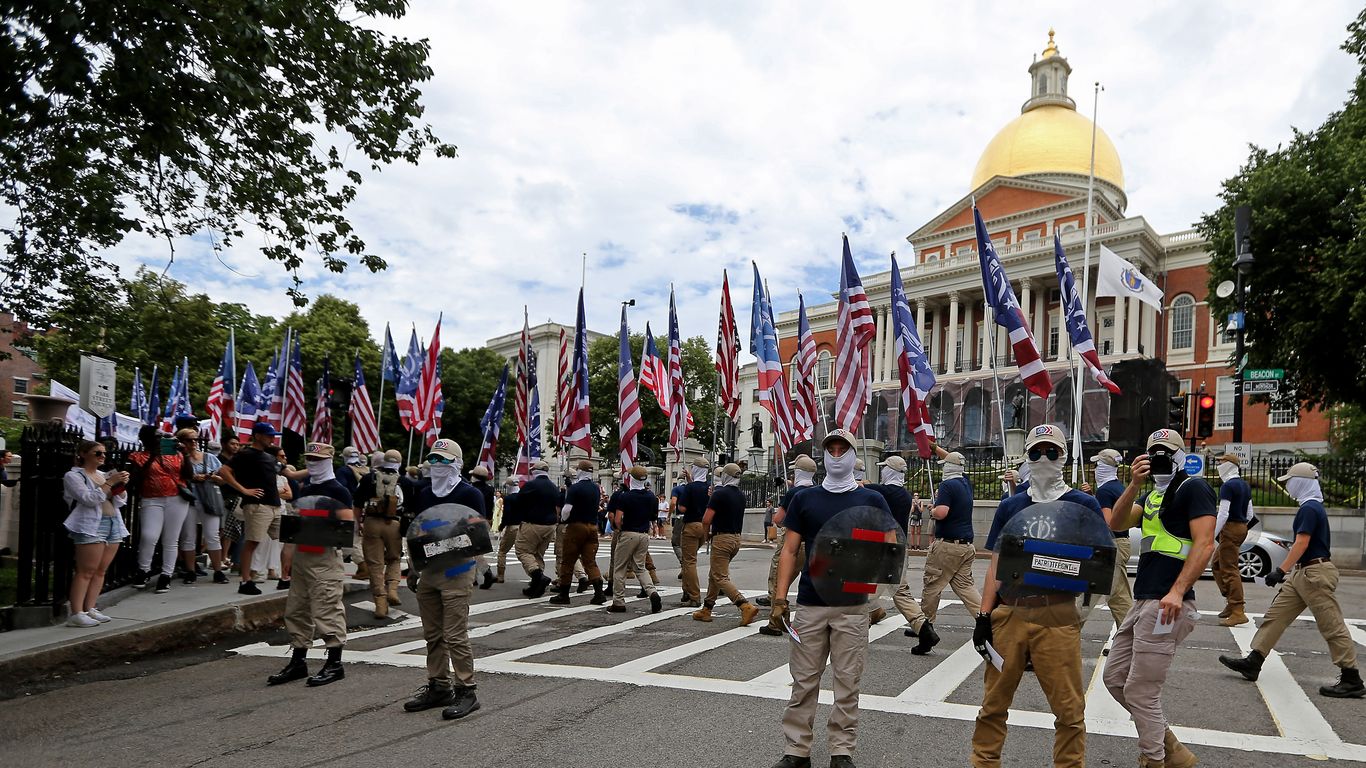 About 100 people associated with the Patriot Front, a white supremacist group, marched through downtown Boston on Saturday carrying police shields and flags bearing the group’s emblem.

Driving the news: Police received a call around 12:30 pm that a group of protesters were marching through the city, though their route was unknown, CNN reported.

State of play: The group unloaded a rental truck parked near the Haymarket metro stop shields and a number of different flags, according to the Boston Herald.

The big picture: City Council President Ed Flynn wrote in a letter Saturday that members of neo-Nazi groups have “continued to make their presence known” in Boston in recent months.

What to watch: The Boston Police Department is conducting a civil rights investigation into the incident and no arrests have yet been made, by the Herald.

What they’re saying: “The disgusting hate of white supremacists has no place here. [Especially] when so many of our rights are under attack, we will not normalize intimidation by bigots,” Boston Mayor Michelle Wu tweeted on Saturday.