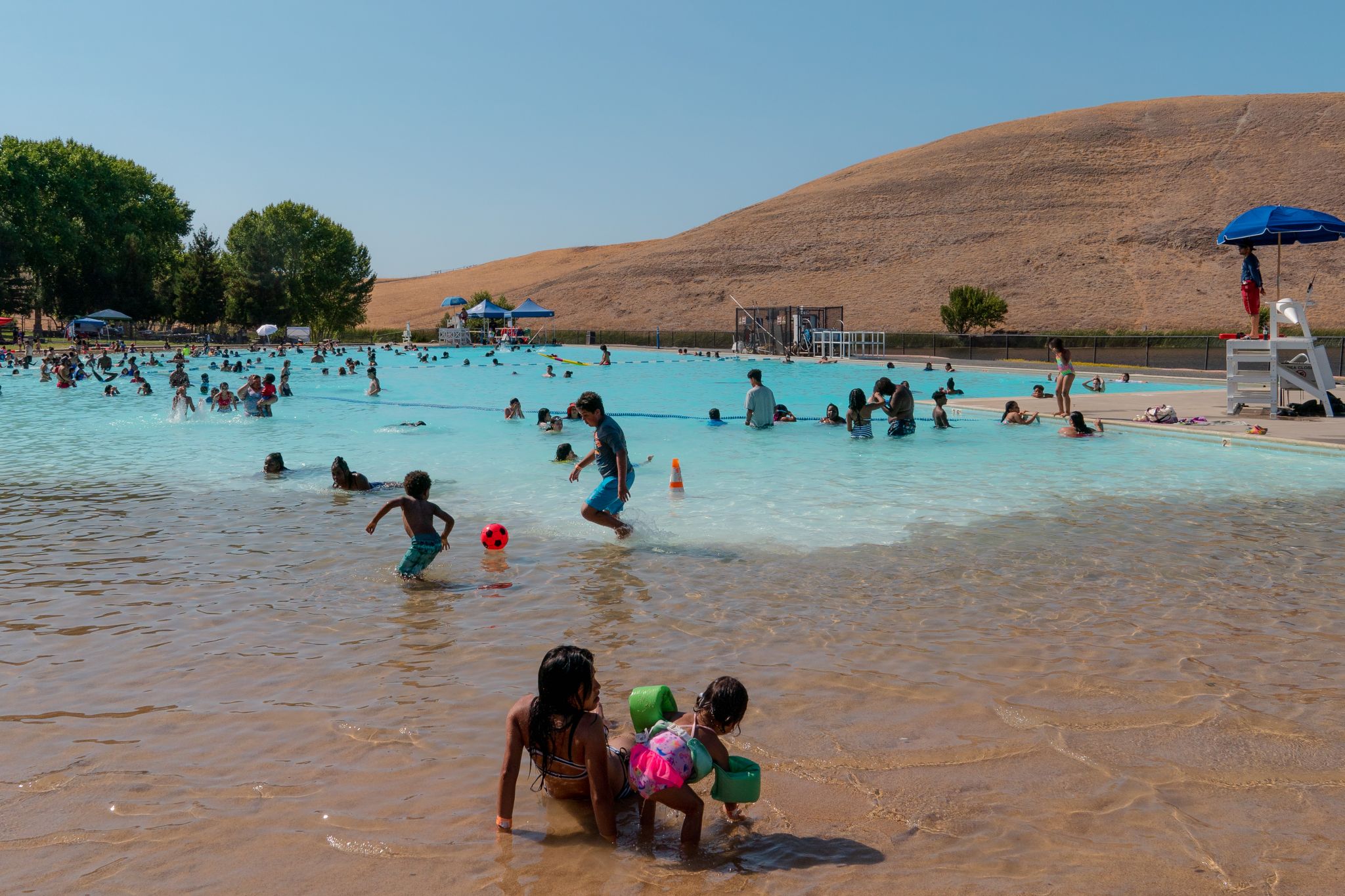 A scorching heat wave is set to sweep California in coming days, bringing the hottest weather of the year so far and pushing temperatures in inland areas well into the 100s.

The heat event is getting a lot of attention with National Weather Service offices across the stated issuing excessive heat warnings, warning people to stay hydrated and avoid being outdoors in the morning and afternoon. On Wednesday Gov. Gavin Newsom declared a state of emergency to increase power production and called on residents to reduce electricity use.

California frequently sees triple-digit heat in the summer, what makes this warm-up so exceptional?

“The unusual thing to me is that we haven’t had a heat wave like this yet this summer,” said Jan Null, a forecaster with Golden Gate Weather Services. While California has seen plenty of intermittent hot days, it hasn’t been hit with a widespread event where the entire state has recorded temperatures 10 to 15 degrees above normal for several days in a row.

Daniel Swain, a climate scientist with UCLA, said two other dimensions of this heat wave make it remarkable: First, its longevity with 7-to-10-plus days of very high temperatures in some inland locations, and second, its striking overnight warmth .

“There will be minimal temperature recovery during the overnight hours across far inland areas, which will greatly amplify health and wildfire impacts,” Swain wrote in an email.

In Southern California, the heat event is expected to last 10 days and the region is already seeing record-breaking heat. Burbank hit 114 degrees on Wednesday, setting a new monthly record for August. The past record was 111 set on Aug. 26, 1944.

The National Weather Service’s Los Angeles office said on Thursday morning that the overnight lows were “stunning” with 70s across many areas, 80s in the San Fernando Valley and 90s in the foothills and windier valleys. The weather service recorded an overnight low of 96 degrees at Tuna Canyon near Malibu. “The lack of overnight relief is one reason this #HeatWave DANGEROUS,” the weather service wrote on Twitter.

The Sacramento Valley is also expected to see some of the most severe weather in the state and the weather service said it’s expecting the heat event to last for 7 days, from today until next Wednesday, with Monday and Tuesday likely to be the two hottest days . At the peak, Many locations will inch above 110 degrees.

When you get temperatures this high, it’s when we start to look at heat risk. Everybody is going to feel drained, not only people who are sensitive to heat,” said Sierra Littlefield, a forecaster with the weather service’s Sacramento office.

The San Francisco Bay Area is also forecast to see the hottest weather of the year so far, but the peak of this heat wave is not going to be centered on the Bay Area.

“This event will be truly exceptional across the NorCal interior, where much of the Sacramento Valley will likely shatter September monthly records and perhaps approach all-time record temperatures in any month,” Swain said. “The same is true in the highly populated inland valleys of Southern California.”

An ocean breeze is expected to act as a natural air-conditioning along the coast of the Bay Area and generally keep temperatures at the beach in the 80s, but Swain said there’s some uncertainty in just how close the extreme valley heat will get to the coast .

“It appears the worst of it will be centered across the inland East Bay valleys, plus the Central Valley and surrounding foothills,” Swain wrote. “But there is a chance the extreme heat could end up making it closer to the coast than is presently in the forecast, greatly boosting temperatures in places like San Francisco. That may be clearer a day or two before the peak–which won’ t be until Sunday or Monday.”

The heat wave in the nine-county Bay Area is expected to run from Saturday through Tuesday, when the weather service has an excessive heat warning in effect. Sunday and Monday are expected to be the hottest days of the week.

“We have the excessive heat warning in effect through 8 pm Tuesday.” said Alexis Clouser, a forecaster with the weather service’s Monterey office. “We have a low pressure trough coming into the area Tuesday and that will hopefully nudge the high-pressure ridge out of the way.”