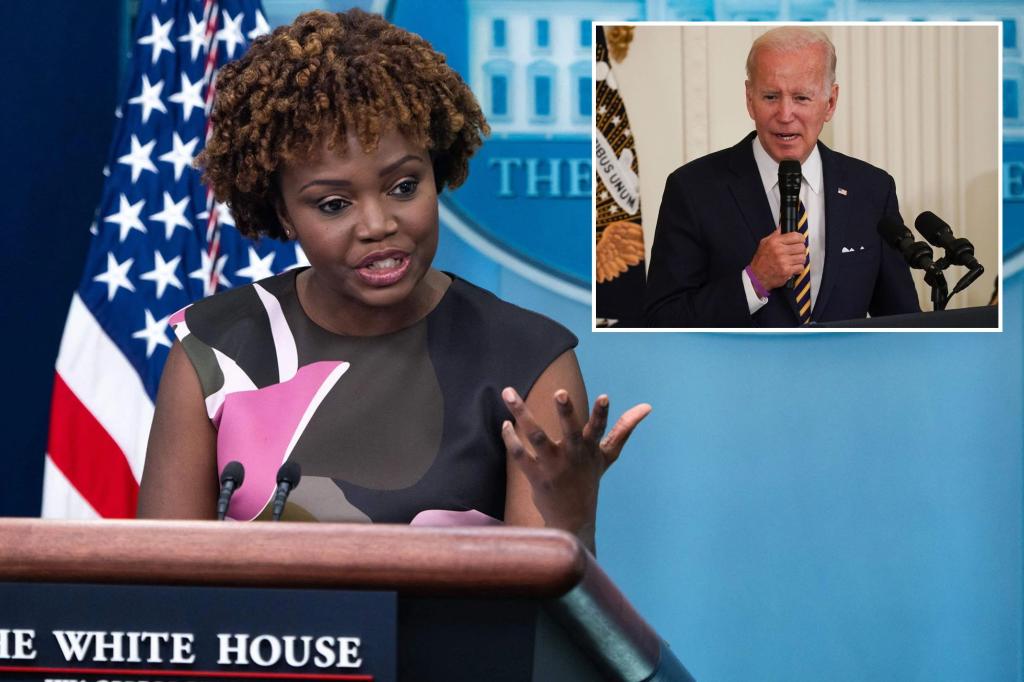 White House press secretary Karine Jean-Pierre on Sunday said “we get” President Biden’s low job approval numbers — but insisted he will mount a reelection bid in 2024, despite some Democratic lawmakers saying he should step aside.

ABC News’ Jonathan Karl asked Jean-Pierre about a recent poll that showed a majority of Americans believe the US economy is getting worse and questioned her on why “so many Americans are unhappy with President Biden’s handling of it.”

She went on to cite how July’s inflation rate of 8.5% was slightly lower than June’s 9.1% –despite it still hovering at a 40-year high—and noted how gasoline prices have fallen $1 over the last several months, saying it “is because partly of the work that this president has done.”

Jean-Pierre also pointed to the president’s recent legislative successes in getting the Inflation Reduction Act, the veterans health-care bill and gun legislation, through Congress as a sign that Biden’s fortunes may be improving.

But Karl pointed out that a number of Democrats have remarked that the party needs younger leadership and suggested the 79-year-old Biden shouldn’t run again.​

Rep. Jamaal Bowman of New York became the latest progressive after Reps. Alexandria Ocasio-Cortez of New York and Cori Bush of Missouri to shy away from endorsing another Biden run.

Asked during an appearance Sunday on CNN if he would back Biden in 2024, Bowman said “If he’s running, I will support him.”

But he added that he believes it’s more important “for us to continue to have victories in Congress, so that the American people can see we’re fighting for them. That’s the most important thing. And we have had those recently.”

In the Jean-Pierre interview, Karl asked whether being a lame-duck president may actually strengthen Biden’s hand because he wouldn’t have to worry about the political pressures inherent in a reelection campaign.

“But here’s the thing about that argument, Jon, first of all, as you said, he intends to run​. We’re not even focused on 2024. We’re focusing on the moment right now​,” Jean-Pierre replied.

Biden is currently on vacation with his family, including son Hunter Biden, in South Carolina. The first family is staying for free at a $20 million beachfront mansion on exclusive Kiawah Island owned by Democratic donor Maria Allwin, The Post previously reported.

Biden has been keeping a low-profile while on vacation, but went for a bike ride on Sunday with first lady Jill Biden.

He told reporters that he was “enjoying” taking a break but said “no” when asked if he would take questions.