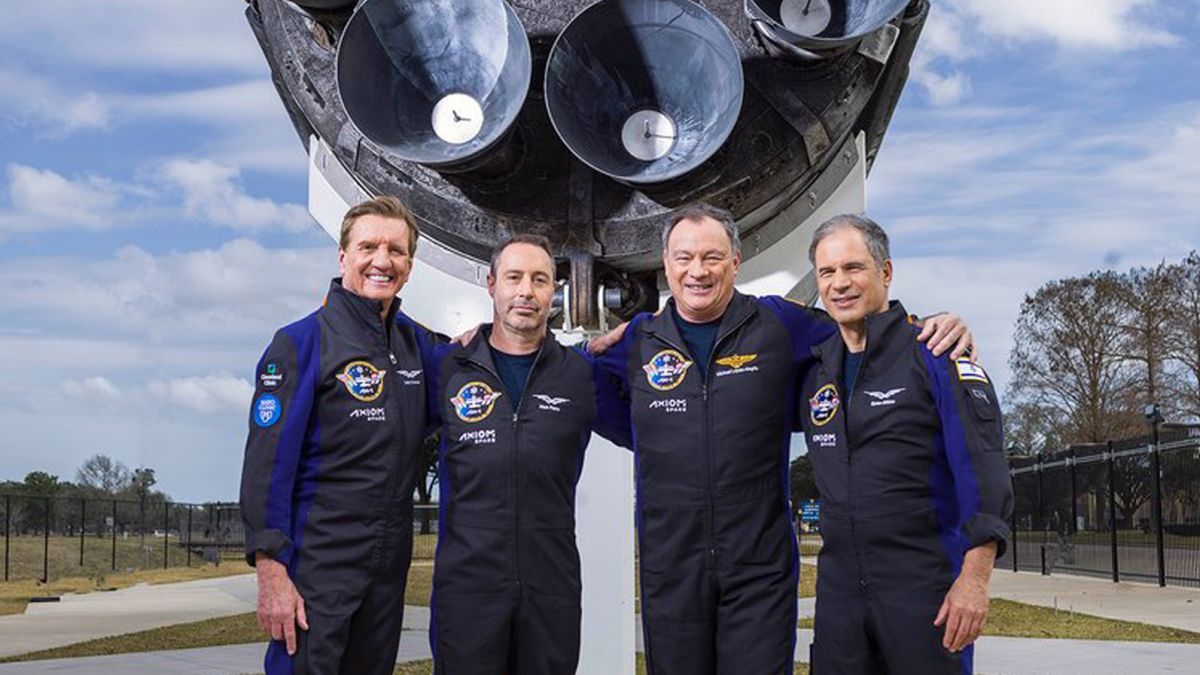 Four people are scheduled to launch to space with Axiom Space‘s debut crewed mission, and you can watch many of the events live.

Liftoff on the historic Ax-1 mission is scheduled for Wednesday (April 6) at 12:05 pm EDT (1605 GMT), according to Axiom Space. On board a SpaceX Crew Dragon spacecraft and Falcon 9 rocket will be former NASA astronaut Michael López-Alegría and paying passengers Larry Connor, Mark Pathy and Eytan Stibbe.

Axiom will start a broadcast of prelaunch activities, launch and then docking at 8:40 am EDT (1240 GMT). You can catch the broadcast at axiomspace.com and its social media, possibly on the SpaceX website, and here at Space.com, if possible.

NASA will also start its own broadcast at 10:45 am EDT (1445 GMT) on NASA Television, the NASA app, NASA social media and the agency’s website. (The agency says its coverage will “join the joint Axiom Space and SpaceX broadcast”, so it’s possible that the same feed will be playing at all three entities.)

We’ve listed some of the major milestones below so you know the key moments to watch for during the broadcasts.

This virtual press conference will feature Axiom leaders as well as the astronauts who will fly aboard Ax-1. The full list of participants includes:

You can tune in to watch the conference live at 1:00 pm EDT (2100 GMT) on Friday (April 1) here, or at the YouTube video embedded below, courtesy of Axiom Space.

Pre-launch news conference, targeted for one hour after the launch readiness review. Coverage will be provided from Axiom Space, NASA and here at Space.com if possible. Participants include:

All the timings below are subject to change, depending on weather and technical factors.

Assuming the launch goes on time, a post-launch media briefing is scheduled for NET 1:15 pm EDT (1715 GMT) with the following participants. Coverage will be available at Axiom Space, NASA and here at Space.com if possible. Participants include:

Axiom Space may run an in-flight event sometime after launch, but exact timing is not yet available. If it runs, we will simulcast here at Space.com if possible. This is what Axiom says about the event:

If the webcast does not run, Axiom will instead pivot to the next coverage opportunity, which is roughly two hours before the Dragon docks with the ISS.

Coverage of these events will be available at Axiom Space, NASA and here at Space.com if possible. All timings are approximate and subject to change, depending on how the mission is going.