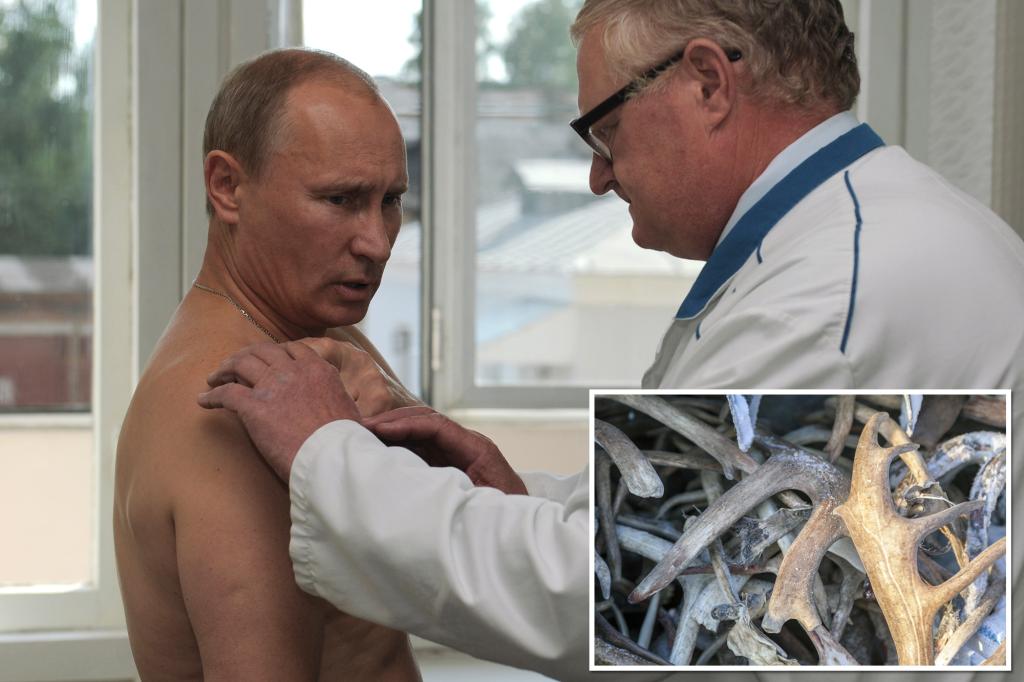 Russian despot Vladimir Putin has had 35 secret meetings with a cancer doctor — and been bathing in the blood of deer antlers, a report said Friday.

The investigative report by the Russian outlet The Project tracked the medical care that the 69-year-old Putin has received since becoming president of Russia a decade ago — and raises serious questions about his health.

“As he aged, concerns about health and longevity have so consumed the president that he has even shown an interest in unconventional medicine, despite many members of his family, including previously unknown ones, being physicians,” the report says.

For example, Putin has reportedly taken to bathing in the blood of deer antlers hacksawed off from the animals in the spring when the horns are “soft and full of blood,” the report said. These so-called “antler baths” are a natural medicine practice in the Altai region of Russia, which borders Khazakstan and Mongolia. Putin has reportedly traveled there multiple times for an antler bath.

He even seems to have started a trend.

Cross-referencing public records with Putin’s known disappearances from public life and his trips to his dacha, or getaway home, in Sochi, the report paints a picture of a leader being treated for chronic ailments.

“The Project can say with certainty that on at least two, Putin has had either surgery or a very serious procedure, most likely in the area of ​​his back,” the report said.

One of Putin’s most frequent visitors is an oncologist named Evgeny Selivanov. Selivanov has visited the Russian leader 35 times over four years, The Project said.

The report suggests the Russian president secretly adds an additional surgery last autumn and adds that he “did not appear in public for the entire month of September.

“In medical circle it is believed that the president was a complicated procedure related to some kind of thyroid disease during this period,” the report states.

Dmitry Peskov, the Kremlin’s official spokesman, has reportedly denied any suggestions that Putin has cancer.