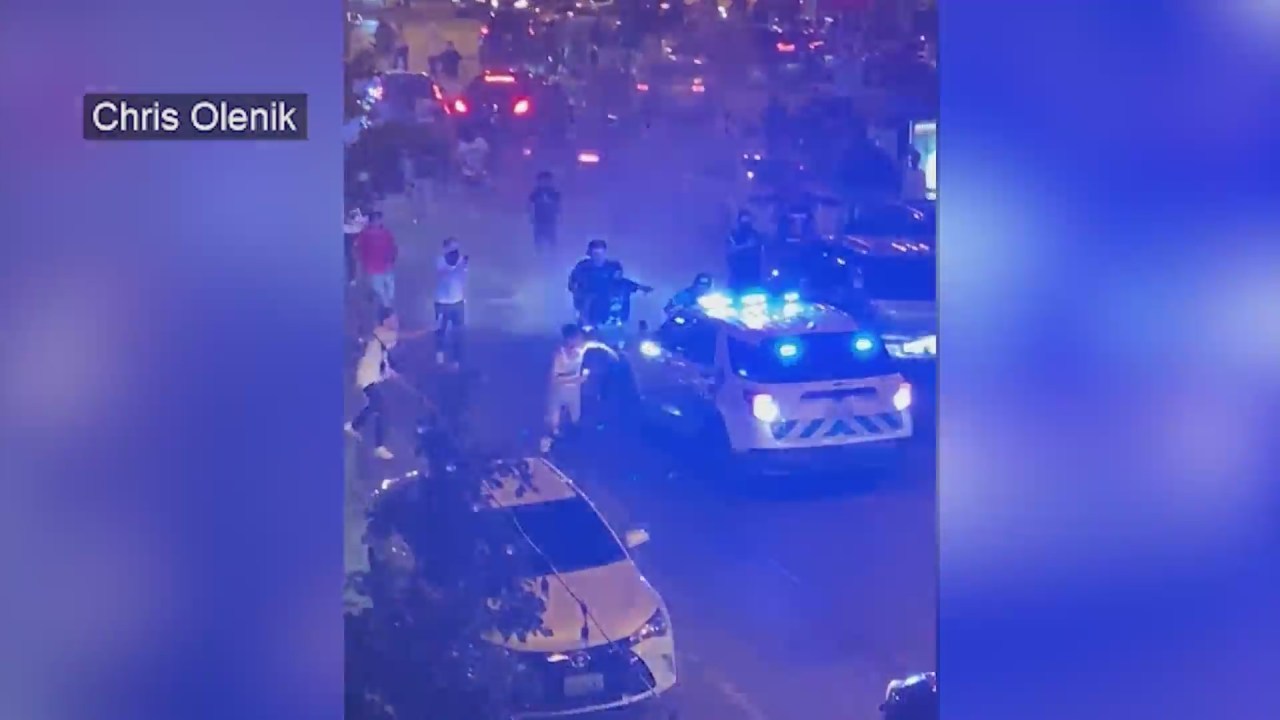 CHICAGO — A police officer was injured while confronting a crowd in the city’s Portage Park neighborhood early Sunday.

Cellphone video taken by Chris Olenik showed crowds causing disturbances at the Six Corners intersection of Irving Park Road, Milwaukee Avenue and North Cicero Avenue. In the video, people are seen climbing on a squad care while others kick and hit it.

“I woke up to the sound of screeching tires and loud engines revving,” Olenik said.

Olenik said it stopped being trivial when he saw people attacking the police officers.

“That really scared me. Especially when you see the squad car going in reverse and they’re opening up the doors,” she said. “And they’re trying to yank the door (and) on the hood punching the windshield.”

Chicago police said an officer was injured when a crowd attacked a squad car around 2:30 am The officer was taken to the hospital for minor injuries.

Police said someone threw an object at the car and the windshield was shattered.

Olenik said he would like to see repercussions with those involved and said they’re taking their definition of fun too far.

“A lot of the criminals are not having to face any of the consequences and I think watching that video shows,” she said.

Up Next: Customers pepper sprayed inside Loop restaurant; person in custody

She said she believes toward the rowdy behavior and hostility police is unjustifiable and hopes CPD can get more resources to control these type of situations.

“Especially seeing what when on last night, there’s no possible way that anybody coming from a law enforcement background could possibly feel like their loved ones are safe when they leave their house to go to their job,” she said.

At this time no one is custody.