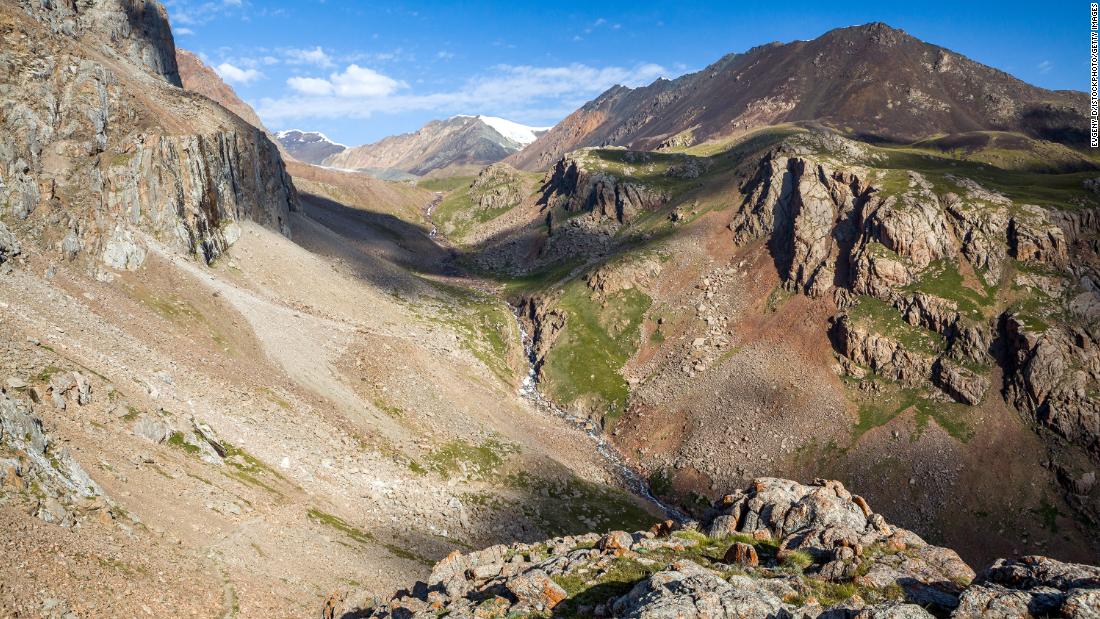 (CNN) — A group of tourists trekking in Kyrgyzstan’s Tian Shan mountains on Friday survived a huge avalanche that swept right over them.

One of the trekkers, Briton Harry Shimmin, managed to capture on video the moment snow chipped off a mountain top in the distance, before blanketing the slope and engulfing the group.

Having just reached the highest point of the trek, Shimmin broke away from the group to take photos of the landscape when he suddenly heard “the sound of deep ice cracking behind him,” according to the caption of the video, which he posted on Instagram .

“I left it to the last second to move, and yes I know it would have been safer moving to the shelter straight away,” he wrote in the post.

“I’m very aware that I took a big risk. I felt in control, but regardless, when the snow started coming over and it got dark/harder to breath, I was bricking it and thought I might die.”

“When we joined back up (with the group), just about everyone was crying with happiness that they were alive,” Shimmin, an officer in the British Army, told CNN on Monday.

The group consists of nine British tourists and one American, plus three guides and two horsemen.

Shimmin told CNN that the American trekker injured her knee badly. Tour guides took her on horseback to a medical facility near a goldmine, before she was sent to the United States for treatment.

“I’d seen much avalanches before, and videos of other avalanches, but honestly my first thought was — ‘let’s see if I can get a good video of this,'” he told CNN. “It got closer to me much quicker than I expected.”

The 27-year-old’s apparent calmness about this near-death experience may be explained by his other hobbies — Shimmin holds the record for the most backward somersaults in a sky dive, 19 in total, according to Guinness World Records.

“I’m somewhat experienced in hiking, and very keen on snow sports!” he told CNN. He said he has completed avalanche training on two separate occasions, once as part of a para-skiing course, and once again to become a ski instructor.

“The avalanche training didn’t help!” he joked, saying he will continue to pursue his passion for extreme travel experiences.