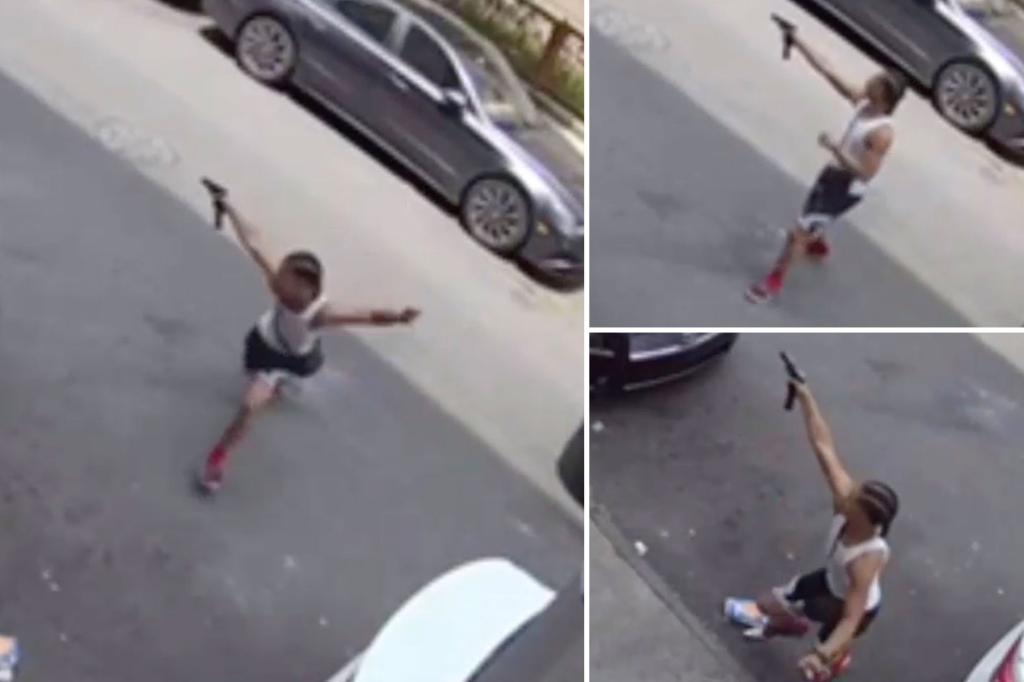 Video captures the moment a gunman opened fire during a broad-daylight ambush that killed a Bronx teen on a scooter Saturday, police said.

Melvin Urena, 19, was shot around 1:30 pm while riding past 429 E. 156th St., cops said. That’s when two men exited a late model gray Honda Pilot and at least one of them shot a gun at him multiple times, cops said.

The video shows one of the males jumping out of the back passenger seat of the vehicle waving his weapon, which appears to have an extended magazine, and shooting wildly into the street. Another man jumps out of the car’s driver’s side and raises his hand as if he’s shooting, too, but it’s not clear if he’s actually firing a weapon.

Urena was shot one in the head and once in the right leg and transported to Lincoln Hospital, where he died, according to police. The men fled back into their vehicle and took off eastbound on East 156 Street.

Anyone with information in regard to this incident is asked to call the NYPD’s CrimeStoppers Hotline at 1-800-577-TIPS (8477) or for Spanish, 1-888-57-PISTA (74782). The public can also submit their tips by logging onto the CrimeStoppers website at https://crimestoppers.nypdonline.org/ or on Twitter @NYPDTips.

All calls are strictly confidential.