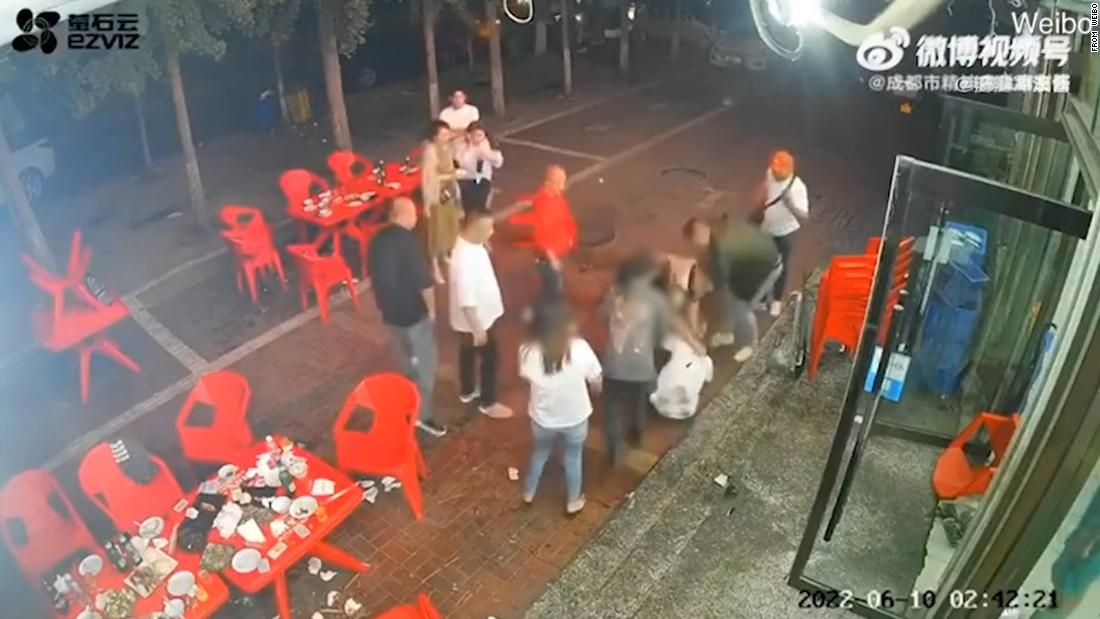 The assault, which took place in the early hours of June 10, saw several women repeatedly kicked and punched by a group of men. It felt shock waves across China after surveillance footage of the incident was leaked online.

A day after the attack, the Tangshan police issued a statement saying two women were hospitalized with “non-life-threatening injuries” and were in “stable condition.” No other information was provided. The victims, as well as their friends and family, have also remained silent.

On Tuesday, 11 days after the assault, the public security department of Hebei province, where Tangshan is located, released a lengthy statement, saying two of the women, aged 31 and 29, were “hospitalized in the general ward for treatment, and their conditions have improved.” The other two victims, aged 24 and 29, did not need hospitalization, it added.

According to a forensic report cited by the police, the hospitalized women suffered “second-degree minor injuries,” while the other two had “slight injuries.”

The initial absence of information had led to repeated allegations the leaked surveillance video captured only part of the attack, and the violence continued off camera in a nearby alleyway — claims CNN cannot independently verify.

In an apparent attempt to refute such rumours, the Hebei police said in the statement the suspects fled the scene at 2.47 am — seven minutes after the assault started; and at 2.55 am, the four victims were sent to hospital by ambulance. Local police officers arrived at the restaurant at 3.09 am, about half an hour after receiving a call from the public at the start of the attack, according to the statement.

But the statement was met with incredulity online, with many criticizing authorities’ handling of the case. The related hashtag on Weibo was viewed 450 million times within hours.

“So there are no pictures or videos. Journalists are not allowed to interview (the victims), and only you can release information yourself,” said one user on Weibo, China’s Twitter-like platform, referencing the lack of access provided to journalists.

“A city with no credibility — do we dare to trust the injury report? And how reliable is this police statement?” the user added.

Following the attack, Chinese authorities have sought to stifle discussions around gender-based violence and shift the focus to local gang violence.

State media reports have largely focused on the swift police action in arresting the suspects, and the two-week “thunderstorm” campaign announced by Tangshan authorities to crack down on organized crime. Photos and videos of police officers — some armed with guns — standing guard customers at outdoor barbeque restaurants, similar to the one where the incident took place, flooded social media.

In the statement Tuesday, the police said four of the suspects had traveled to Tangshan from eastern Jiangsu province three days before the attack to conspire with the other five to “carry out illegal online gambling and money laundering activities.” Several of them had criminal records, for offenses ranging from illegal detainment to intentional harming of others, the statement added.