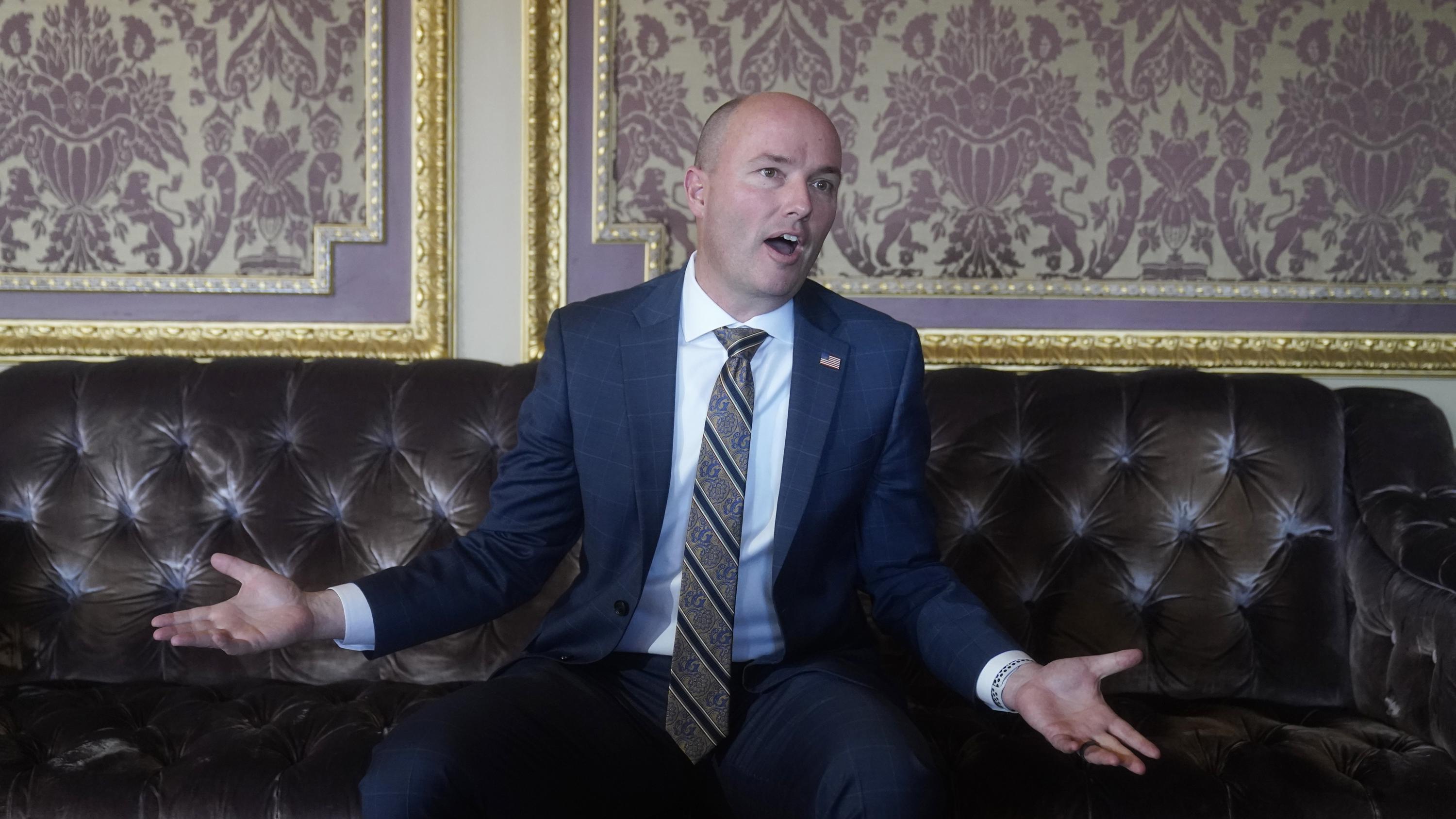 Cox, for his part, referenced the potential effects on transgender youth.

“I struggle to understand so much of it and the science is conflicting. When in doubt however, I always try to err on the side of kindness, mercy and compassion,” Cox wrote in a letter to Utah legislative leaders.

The vetoes come as Cox and Holcomb’s counterparts in nearly a dozen conservative-leaning states have enacted similar legislation and politicians have honed in on transgender kids in sports as a campaign issue in states ranging from Missouri to Pennsylvania.

In Utah, minutes after the veto, legislative leaders announced plans to convene on Friday to discuss overriding Cox. The governor called for special session to allow the Legislature to amend the taxpayer to provide funding for school districts and youth sports organizations that anticipate a ban being sued.

To override the veto, lawmakers will need support from two-thirds of lawmakers, which means they’ll have to sway some who voted against the ban in the final hours before the Statehouse adjourned for the year.

“Doing nothing is taking a step backward for women. Finding a solution to this complicated issue is necessary to maintain fair competition now and in the future,” Utah Senate President Stuart Adams said in a statement.

There are four transgender players out of 85,000 who are competing in school sports after being ruled eligible by the state’s high school athletic association. Only one competes in girls sports. There are no public concerns about competitive advantages.

“Four kids who are just trying to find some friends and feel like they are a part of something. Four kids trying to get through each day,” Cox said in the letter explaining his veto, in which he cited suicide rates for transgender youth. “Rarely has so much fear and anger been directed at so few. I don’t understand what they are going through or why they feel the way they do. But I want them to live.”

Banning transgender kids from competition, their advocates argue, would have little impact on sports but would send a wider, deeply painful message to already vulnerable kids that they don’t belong in an important piece of American school culture.

Supporters of a ban argue, amid growing transgender visibility, more players could soon be in girls leagues around the country and eventually dominate, changing the nature of girls sports.

The issue was one of the most contentious of the year in a state where most lawmakers are members of The Church of Jesus Christ of Latter-day Saints and respectful politics are prized as “The Utah Way.” Deeply conservative leaders and LGBTQ advocates have brokered compromises to advance rights and protections in the past. But not this time.

In Utah, the ban was introduced less than four hours before lawmakers were set to adjourn for the session, upending a year of negotiations an over alternative requirements framed as compromises. Those requirements would have allowed transgender kids to play after getting approval from a government-appointed commission. Cox was on board, but the measure struggled to win support from either social conservatives or the LGBTQ advocacy group Equality Utah.

Sue Robbins, who serves on the group’s Transgender Advisory Council, said the last-minute change came as a blow. “We were trying to find a middle ground,” she said. “Then all of a sudden this comes about… it was kind of crushing.”

For one Utah woman whose 13-year-old transgender child loves sports, it was brutal. “I still do not think they understand what it means and how much those kids have to overcome, to even get to the point of competing,” said the mother, who The Associated Press agreed not to name to avoid identifying her daughter. .

The late change destroyed what faith she had in the legislative process. “I was appalled… This is probably where they wanted to be all along and just played the game.”

Much of the discussion since the bill’s passage has centered on legal challenges that even backers say could thwart the proposal from being enacted. Cox has said the bill invites lawsuits that could bankrupt the state’s high school athletics governing body.

For Utah’s-supermajority Statehouse, where lawmakers fiscal responsibility, the costs frequently exalt lawsuits of potential Republicans could depend on whether challenges seek to block the ban’s enactment or allege discrimination and seek damages, Republican House Speaker Brad Wilson said.

Regardless, lawmakers think the legislation is worth the possible costs, he added. “One of the things we care a lot about is competitive and safe women’s sports. And if there is a cost to the state of Utah to preserve and protect that, that clearly is policy that lawmakers are comfortable with.”

The sponsor of the legislation, Republican Rep. Kera Birkeland, said after it passed that she once preferred the compromise commission but eventually came around to social conservatives’ view that a ban was more clear-cut, especially because the transgender community shuddered at the idea of ​​subjecting a small subset of kids to review and scrutiny.

The nature of the issue, she said, unfortunately doesn’t lend itself to compromises. “We’ve just kind of furthered the culture war on this issue. I’m not happy about that. I wanted to believe that a lot of progress was made,” she said about attempts to find middle ground. “I think on these types of issues, it’s next to impossible to do it.”

Lawmakers in at least 12 other states are considering some form of a ban on transgender student-athletes in youth sports, according to a tally from the National Conference of State Legislatures.