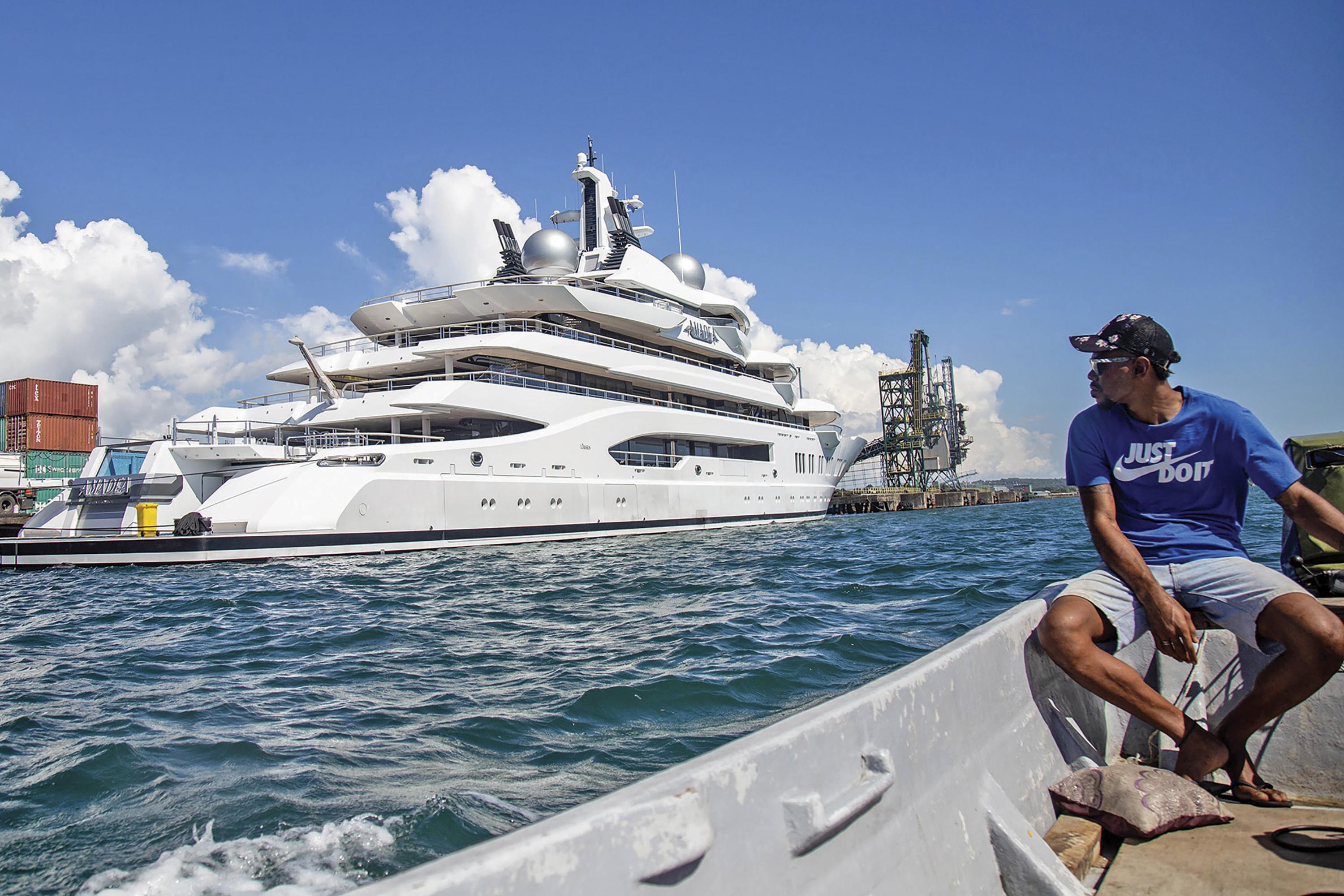 WELLINGTON, New Zealand (AP) — The United States won a legal battle on Tuesday to seize a Russian-owned superyacht in Fiji and wasted no time in taking command of the $325 million vessel and sailing it away from the South Pacific nation.

The court ruling represented a significant victory for the US as it encounters obstacles in its attempts to seize the assets of Russian oligarchs around the world. While efforts are welcomed by many who oppose the war in Ukraine, some actions have tested the limits of American jurisdiction abroad.

In Fiji, the nation’s Supreme Court lifted a stay order which had prevented the US from seizing the superyacht Amadea.

Chief Justice Kamal Kumar ruled that based on the evidence, the chances of defense lawyers mounting an appeal that the top court would hear were “nil to very slim.”

Kumar said he accepted arguments that keeping the superyacht berthed in Fiji at Lautoka harbor was “costing the Fijian government dearly.”

“The fact that US authorities have undertaken to pay costs incurred by the Fijian government is totally irrelevant,” the judge found. He said the Amadea “sailed into Fiji waters without any permit and most probably to evade prosecution by the United States of America.”

The US removed the motorized vessel within an hour or two of the court’s ruling, possibly to ensure the yacht did not get entangled in any further legal action.

The US Justice Department spokesperson did not immediately return an email seeking comment.

In early May, the Justice Department issued a statement saying the Amadea had been seized in Fiji, but that turned out to be premature after lawyers appealed.

It wasn’t immediately clear where the US intended to take the Amadea, which the FBI has linked to the Russian oligarch Suleiman Kerimov.

In court documents, the FBI linked the Amadea to the Kerimov family through their alleged use of code names while aboard and the purchase of items such as a pizza oven and a spa bed. The ship became a target of Task Force KleptoCapture, launched in March to seize the assets of Russian oligarchs to put pressure on Russia to end the war.

The 106-meter (348-foot) -long vessel, about the length of a football field, features a live lobster tank, a hand-painted piano, a swimming pool and a large helipad.

Lawyer Feizal Haniff, who represented paper owner Millemarin Investments, had argued the owner was another wealthy Russian who, unlike Kerimov, doesn’t face sanctions.

The US acknowledged that paperwork appeared to the show Eduard Khudainatov was the owner but said he was also the paper owner of a second and even larger superyacht, the Scheherazade, which has been linked to Russian President Vladimir Putin.

The US questioned whether Khudainatov could really afford two superyachts worth a total of more than $1 billion.

Court documents say the Amadea switched off its transponder soon after Russia invaded Ukraine and sailed from the Caribbean through the Panama Canal to Mexico, arriving with over $100,000 in cash. It then sailed thousands of miles (kilometers) across the Pacific Ocean to Fiji.

The Justice Department said it didn’t believe paperwork showing the Amadea was next headed to the Philippines, arguing it was really destined for Vladivostok or elsewhere in Russia.

The department said it found a text message on a crew member’s phone saying, “We’re not going to Russia” followed by a “shush” emoji.

The US said Kerimov secretly bought the Cayman Island-flagged Amadea last year through various shell companies. The FBI said a search warrant in Fiji turned up emails showing that Kerimov’s children were aboard the ship this year and that the crew used code names — G0 for Kerimov, G1 for his wife, G2 for his daughter dele and so on.

Kerimov made a fortune investing in Russian gold producer Polyus, with Forbes magazine putting his net worth at $14.5 billion. The US first sanctioned him in 2018 after he was detained in France and accused of money laundering there, sometimes arriving with suitcases stuffed with 20 million euros.

Khudainatov is the former chairman and chief executive of Rosneft, the state-controlled Russian oil and gas company.