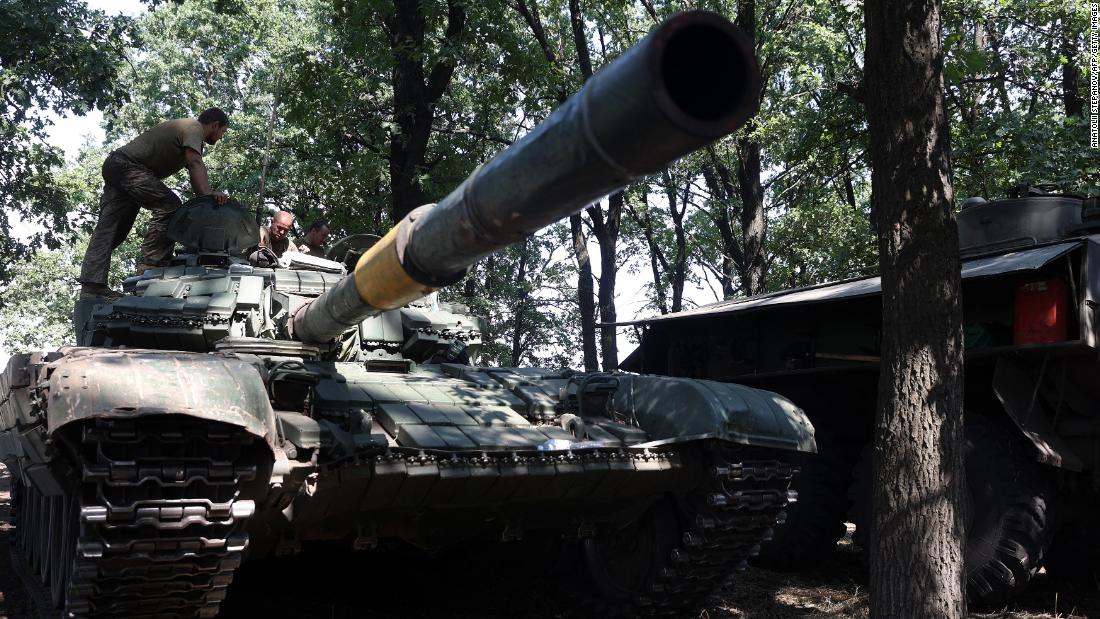 Those discussions involved engaging in “war-gaming” with Kyiv, the sources said — analytical exercises that were intended to help the Ukrainian forces understand what force levels they would need to muster to be successful in different scenarios.

Pentagon spokesperson Brig. Gen. Pat Ryder told CNN that “the United States has routine military-to-military dialogue at multiple levels with Ukraine. We will not comment on the specifics of those engagements. Generally speaking, we provide the Ukrainians with information to help them better understand the threats they face and defend their country against Russian aggression. Ultimately, the Ukrainians are making the final decisions for their operations.”

Officials say they believe there is now increased parity between the Ukrainian and Russian militaries. But western officials have been hesitant to label the nascent Ukrainian operation — which appeared to begin on Monday in the southern province of Kherson — a true “counteroffensive.”

How successful Ukraine is likely to be in regaining lost territory remains an open question, sources familiar with the latest intelligence tell CNN. Ukrainian officials have already said this offensive will likely be a slow operation, and punishingly cold winter weather is coming and then an early spring mud, both of which could force pauses in the fighting.

Still, there is a distinct feeling amongst Ukraine’s US and western advisers that the Ukrainian military is on much more even footing with Russia than was believed even just a few short months ago, multiple officials told CNN. Russia still maintains superior numbers in overall manpower and massed artillery.

But capabilities, bolstered by sophisticated western arms and training, have closed an important gap, Ukrainian officials say — particularly the High Mobility Artillery Rocket Systems, or HIMARS, that Ukraine has been using to launch attacks behind Russian front lines in recent months.

“It shows you what the sustained training and weapons provision can do when the force is highly motivated and capable in its employment,” a senior NATO official told CNN.

Another US military source put it more bluntly: Ukraine has made up for Russia’s advantage in sheer volume of fire with its “competence.”

Ukraine has been publicly signaling for months that it intended to launch a major counteroffensive to retake territory lost to Russia in the six-month war. And even before Monday, when forces began increasing their artillery rocket and missile fire on the frontlines in southern Ukraine, Kyiv had been actively disrupting Russian resupply efforts and command and control across the Ukrainian region.

For weeks, Ukraine has used a mix of partisan supporters, long-range fire and special operations forces to launch a series of attacks far behind Russian lines — including in Crimea — that have targeted logistics and command and control hubs in preparation for the southern offensive.

“I don’t think it’s possible yet to confirm the extent of Ukrainian advances, but they’ve certainly impacted Russia’s ability to move north and south across [the Dnieper River] with their attacks on bridges,” the senior NATO official said on Wednesday. “And in terms of future prospects, I’d note that Ukraine is much closer to parity in troop numbers in Kherson than it has been in recent weeks” in the eastern provinces of the country, where fighting has ground on for months.

Attacks in Crimea have been a particularly smart strategy, one official said, because Russia has been using the peninsula as a launchpad for its operations in southern Ukraine.

Russia has also been forced to pull resources from the east “simply because of reports that the Ukrainians might be going more on the offense in the south,” John Kirby, the communications coordinator for the National Security Council, said on Monday.

“And so they’ve had to deplete certain units …in certain areas in the East in the Donbass, to respond to what they clearly believed was a looming threat of a counter offensive,” Kirby said.

US and sources tell CNN that earlier plans for the Ukrainian operation were initially broader, and involved a more ambitious effort to regain the other Ukrainian territory lost to the Russian invasion over the last six months, including the southeastern city of Zaporizhzhia.

But by Monday, Ukrainian officials appeared laser-focused on retaking the Kherson region.

An administration official told CNN that in recent months, Ukraine has been asking the US for weapons specifically suited to their planned southern counteroffensive. The US fulfilled many of those requests — including additional ammunition, artillery and javelins — over the course of several presidential drawdown packages provided to Ukraine over the last two months, the official said.

The planning exercises also helped the United States better grasp what kind of equipment, munitions or intelligence it could offer that would be most useful to Ukraine. Over the course of the war, the US has been regularly providing Ukraine with military advice and intelligence, along with billions of dollars in equipment and weaponry.

‘A slow operation to grind the enemy’

Officials say that Ukraine now appears more evenly matched with Russian forces not only because of the advanced western weaponry that Ukraine has been using Ukrainian effectively, but also because thes still have the advantage in terms of morale, unit cohesion, tactical acumen, and a superior ability to improvise on the fly.

They have another advantage, too, two officials said: a population that is largely appalled by the Russian occupation, and willing to engage in partisan attacks to expel them — such as assassinations and sabotage efforts behind enemy lines.

Still, despite the more bullish assessment of Ukrainian fighting capabilities, US officials aren’t placing any bets that Ukraine will successfully retake Kherson — yet.

“I’m not sure this is going to be the big, massive counteroffensive that folks might be waiting on — it might be a smaller number of forces,” the US military source cautioned. Much will depend on how well Russia is able to defend the newly-claimed territory, the source said—something that it has not yet been called upon to do in the last six months.

A Ukrainian presidential adviser also warned that the offensive will be a “slow operation to grind the enemy.”

“This process will not be very fast,” Oleksiy Arestovych, an adviser to the Head of the Office of the President of Ukraine, said in a statement posted on his Telegram account late Monday, “but will end with the installation of the Ukrainian flag over all the settlements of Ukraine.”