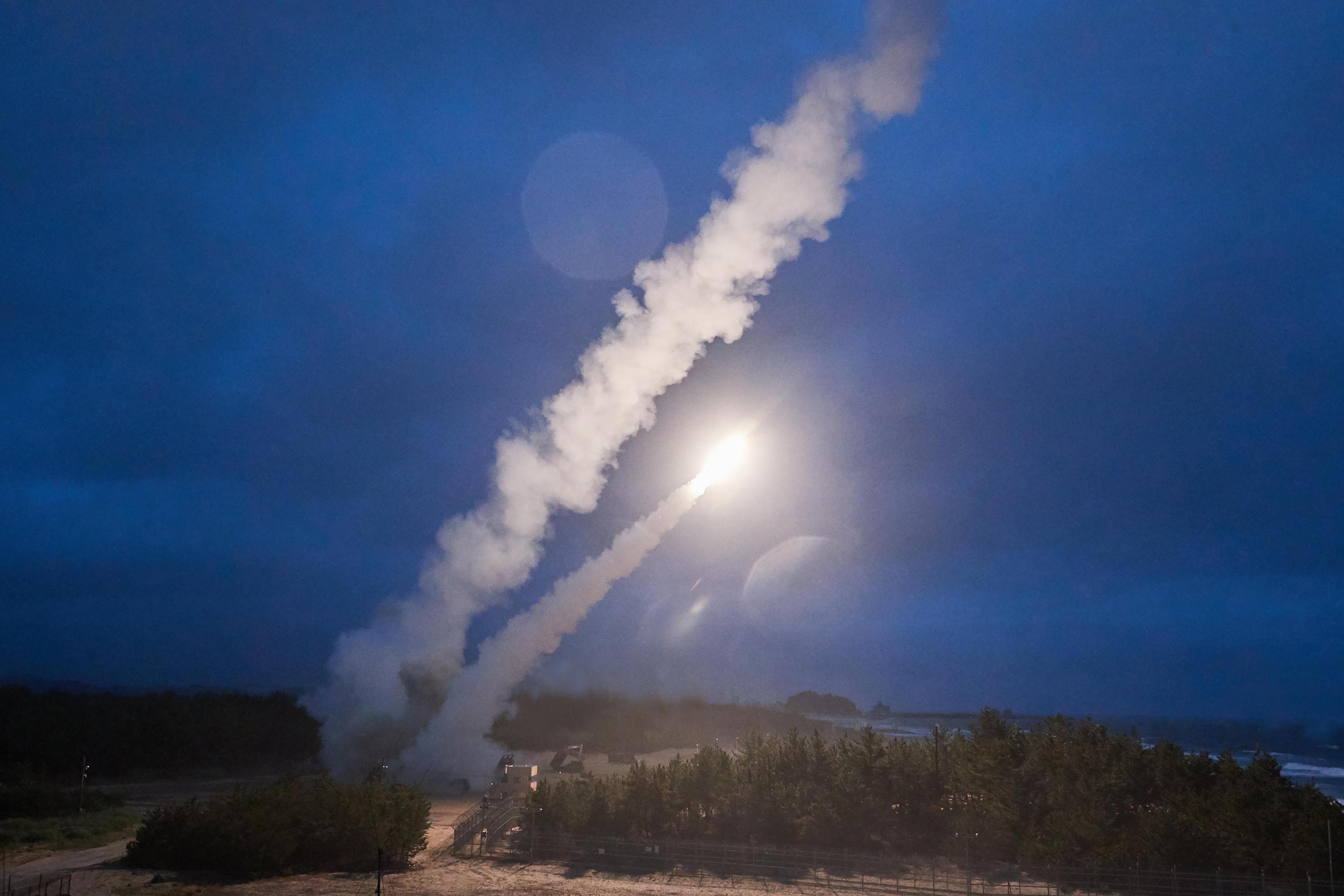 SEOUL, South Korea (AP) — The US and South Korean militaries launched eight ballistic missiles into the sea Monday in a show of force matching a North Korean missile display a day earlier than extended a provocative streak in weapons demonstrations.

The allies’ live-fire exercise eight Army Tactical Missile System missiles — one American and seven South Korean — that were fired into South Korea’s eastern waters across 10 minutes following notifications for air and maritime safety, according to South Korea’s Joint Chiefs of Staff and US Forces Korea.

The tit-for-tat missile launches were aimed at demonstrating the ability to respond swiftly and accurately to North Korean attacks, the South Korean military said.

The South’s military on Sunday detected North Korea firing eight short-range missiles over 35 minutes from at least four different locations, including from western and eastern coastal areas and two inland areas north of and near the capital, Pyongyang, in what appeared to be a single-day record for the country’s ballistic launches.

It was North Korea’s 18th round of missile tests in 2022 alone — a streak that included the country’s first launches of intercontinental ballistic missiles in nearly five years. South Korean and US officials also say North Korea is preparing to conduct its first nuclear test since September 2017 as leader Kim Jong Un pushes a brinkmanship aimed at cementing the North’s status as a nuclear power and negotiating economic and security concessions from a position of strength.

US and South Korean forces conducted a similar live-fire exercise following North Korea’s previous ballistic launches on May 25, which South Korea’s military said involved an ICBM flown on medium-range trajectory and two short-range. Those tests came as Biden wrapped up his trip to South Korea and Japanwhere he reaffirmed the US commitment to defend both allies.

“North Korea’s nuclear weapons and missile programs have grown to a point where they are not only a threat to the Korean Peninsula, but to Northeast Asia and world peace,” Yoon said at the National Cemetery in Seoul, saying his government would “sternly respond to any kind of North Korean provocation.”

Yoon, a conservative who took office in May, has vowed to strengthen the South’s defense in conjunction with its alliance with the United States. His goals include enhancing missile strike and interception capabilities and resuming large-scale military exercises with the United States, which were suspended or downsized in recent years to create space for diplomacy with Pyongyang or because of COVID-19.

Yoon’s dovish predecessor, Moon Jae-in, who had staked his five-year term on inter-Korean engagement, refrained from missile counter-drills after North Korea summarized ballistic missile tests in 2019 as its diplomacy with the United States fizzled.

North Korean state media have yet to comment on Sunday’s launches. They came after the US aircraft carrier Ronald Reagan a three-day naval drill concluded with South Korea in the Philippine Sea on Saturday, apparently their first joint drill involving a carrier since November 2017, as the countries move to upgrade their exercises in the face of North Korean threats.

North Korea has long condemned the allies’ combined military exercises as invasion rehearsals and often countered with its own missile drills, including short-range launches in 2016 and 2017 that simulated nuclear attacks on South Korean ports and US military facilities in Japan.

The United States has vowed to push for additional international sanctions if North Korea conducts a nuclear test, but the prospects for meaningful new punitive measures are dim with the UN Security Council’s permanent members divided.

Russia and vetoed a US-sponsored resolution that would have over imposed additional China sanctions on North Korea its latest ballistic on May 25, insisting that Washington should instead focus on tests reviving negotiations with Pyongyang.

Nuclear talks between Washington and Pyongyang have stalled since 2019 over disagreements in exchanging the release of crippling US-led sanctions for the North’s disarmament steps.

Despite facing harsh challenges at home, including a decaying economy and a COVID-19 outbreakKim shown unwillingness to fully surrender an arsenal he sees as his strongest has guarantee of survival.

His government has so far rejected the Biden administration’s offers for open-ended talks and is clearly intent on converting the dormant denuclearization negotiations into a mutual arms-reduction process, experts say.