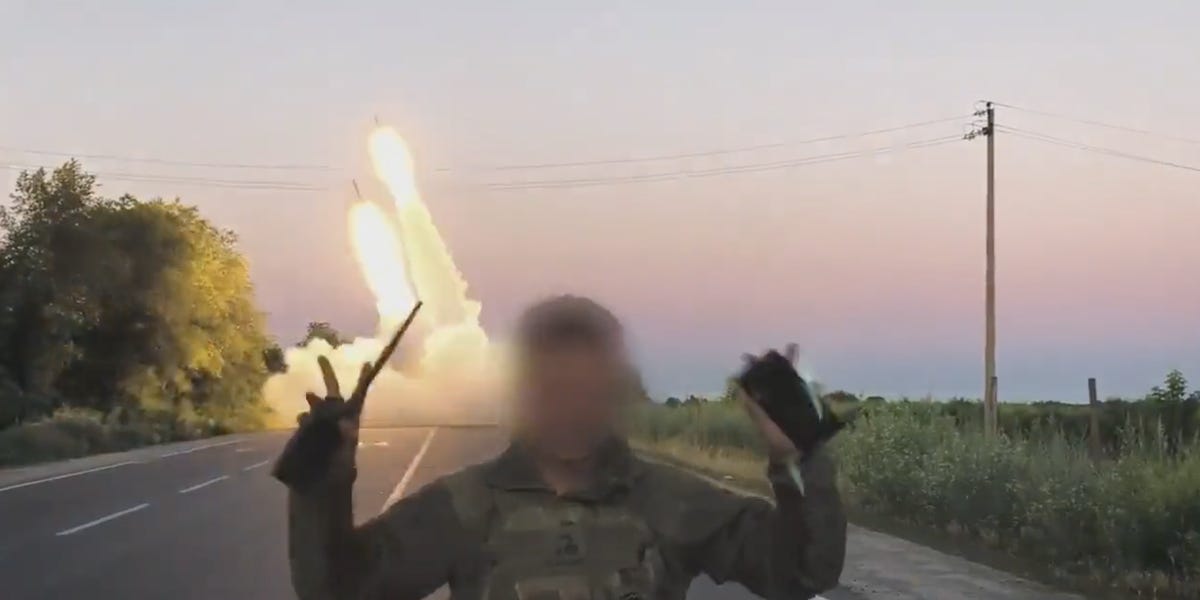 Twenty ammunition depots have been destroyed by the advanced weaponry supplied by the West, the Kyiv Independent reports.

As Insider’s Alisa Shoaib reported, Ukraine has sought new strategies in the eastern Donbas region where the war is concentrated. Earlier tactics, such as relying heavily on drone warfare, have proven less effective in the face of a better-organized Russian force.

The HIMARS are essentially truck-mounted, GPS-guided rocket launchers with a range of around 44 miles.

Ukraine has released videos of massive explosions depicting how Western military aid is helping to blunt the Russian artillery onslaught in Donbas, where Putin’s forces have used their enormous firepower to advance slowly. Insider was not able to verify the video claims.

More US rocket systems are on the way

On Friday, President Joe Biden signed a new deal to send a weapons package worth $400 million to Ukraine. It takes the total amount of aid sent to Ukraine from the US to $7 billion, according to CNBC.

An additional four HIMARS were part of the package, an official told Reuters, bringing the total to 12 supplied to Ukraine.

In his nightly video address on Saturday, President Volodymyr Zelenskyy thanked the US for “the decision to provide Ukraine with a new defense aid package, allowing us to take anti-terrorist steps and reduce Russian attack capabilities.”

On Wednesday, President Zelenskyy said, “We finally feel that the Western artillery we received from our partners is working very powerfully.”

“Our defenders carry out painful strikes against warehouses and other important logistic nodes of the occupiers. And this materially lowers the offensive potential of the Russian army,” he said.

Serhiy Kuzan, the Ukrainian Security and Cooperation Center chair in Kyiv, told the Guardian that the delivery of HIMARS and howitzers have slowed Russia’s offensive, forcing them “to be more careful.”

“It allows us to participate in what is an artillery duel,” he said, per The Guardian. “And with the longer-range rockets, we have destroyed over 20 warehouses of Russian artillery.”

Jack Watling, a senior research fellow at the Royal United Services Institute, also told the paper that the military supply from across the West is making a “tactical difference” but added that “Ukraine still has to manage multiple supply chains, relatively small fleets of a lot of different systems, and the ammunition available is very limited.”