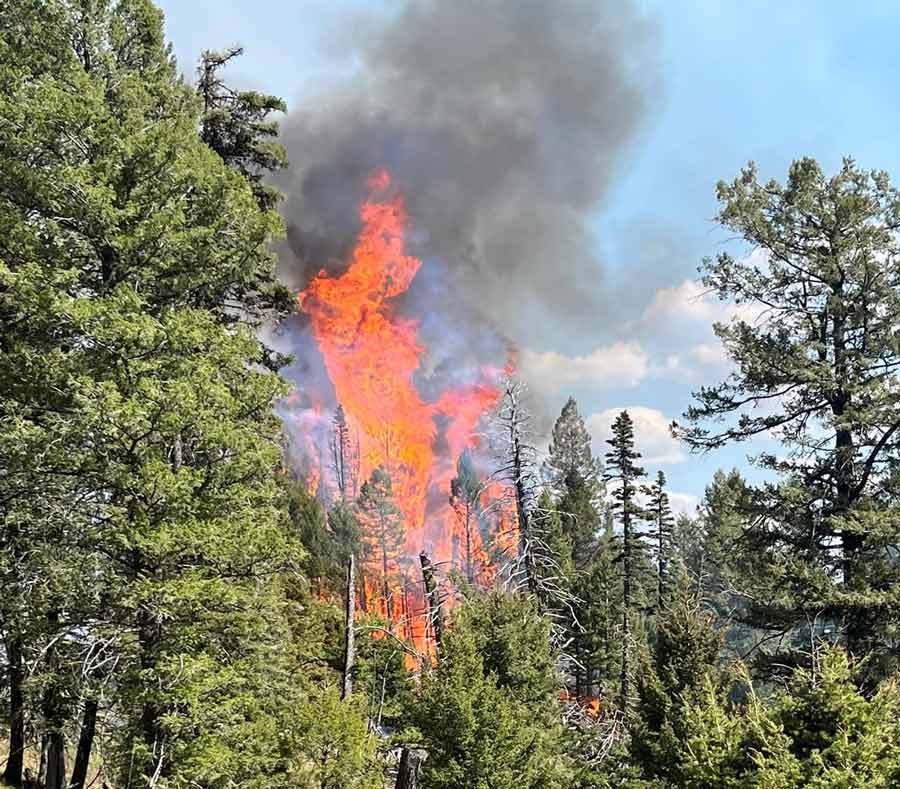 “Fire behavior is smoldering, creeping, spotting and isolated torching,” according to a news release sent on Wednesday evening.

The fire is 0% contained, and firefighters don’t have an estimate for when it will be contained. It is threatening “communication sites.”

Jon Carnill, a spokesman for the Caribou-Targhee National Forest, tells EastIdahoNews.com the fire started around 2 pm and is burning trees and brush in the area.

They haven’t determined a cause yet.

Carnill isn’t sure if there are any buildings at risk, but no one has been injured.

It’s unclear when the fire will be contained.

Multiple resources are being used to combat the fire, including two engines, a type 3 helicopter and a ground crew.

EastIdahoNews.com will provide updates as they become available.