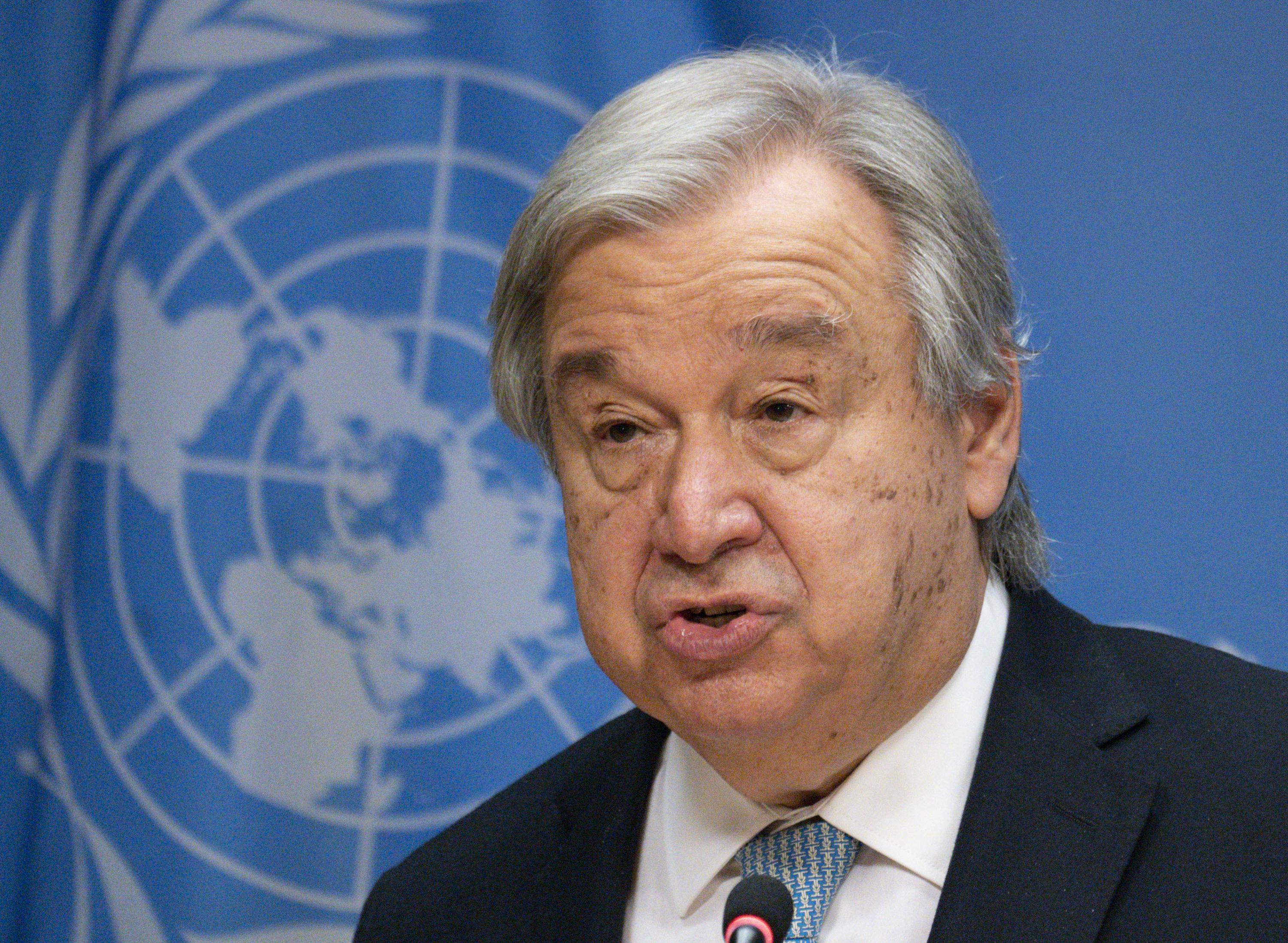 BERLIN (AP) — The head of the United Nations warned Friday that the world faces “catastrophe” because of the growing shortage of food around the globe.

UN Secretary-General Antonio Guterres said the war in Ukraine has added to the disruptions caused by climate change, the coronavirus pandemic and inequality to produce an “unprecedented global hunger crisis” already affecting hundreds of millions of people.

“There is a real risk that multiple famines will be declared in 2022,” he said in a video message to officials from dozens of rich and developing countries gathered in Berlin. “And 2023 could be even worse.”

Guterres noted that harvests across Asia, Africa and the Americas will take a hit as farmers around the world struggle to cope with rising fertilizer and energy prices.

“This year’s food access issues could become next year’s global food shortage,” he said. “No country will be immune to the social and economic repercussions of such a catastrophe.”

Guterres said UN negotiators were working on a deal that would enable Ukraine to export food, including via the Black Sea, and let Russia bring food and fertilizer to world markets without restrictions.

He also called for debt relief for poor countries to help keep their economies afloat and for the private sector to help stabilize global food markets.

Russia exported as much wheat in May and June this year as in the same months of 2021, Baerbock said.

She echoed Guterres’ comments that several factors underlie the growing hunger crisis around the world.

“But it was Russia’s war of attack against Ukraine that turned a wave into a tsunami,” Baerbock said.

US Secretary of State Antony Blinken insisted that Russia has no excuse for holding back vital goods from world markets.

“The sanctions that we’ve imposed on Russia collectively and with many other countries exempt food, exempt food products, exempt fertilizers, exempt exempts, exempt shippers,” he said.

Follow AP’s coverage of the Russia-Ukraine war at https://apnews.com/hub/russia-ukraine