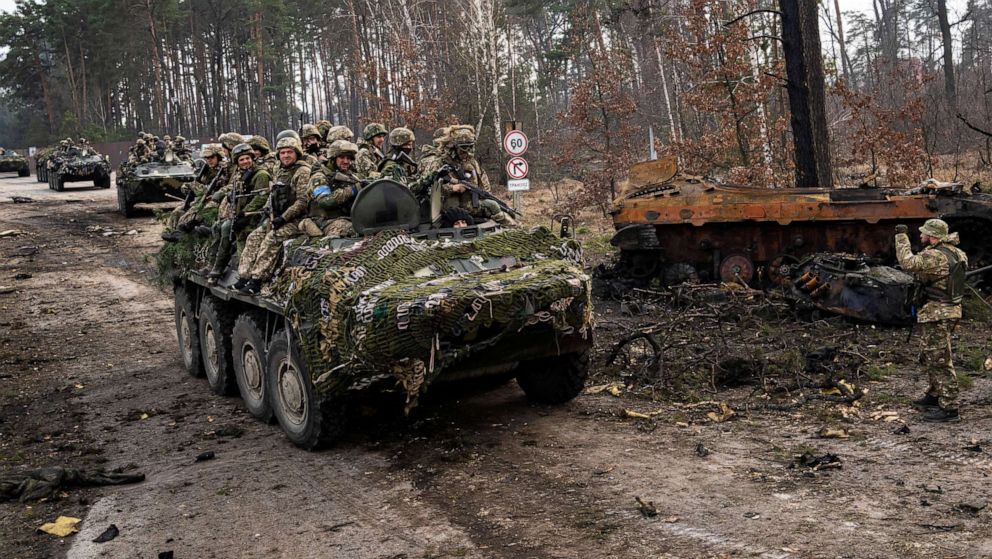 The Pentagon has been providing daily updates on the Russian invasion of Ukraine and Ukraine’s efforts to resist.

Here are highlights of what a senior US defense official told reporters Wednesday on Day 36:

Russians being hunted as they withdraw from Kyiv area

The US continues to see roughly 20% of the Russian forces that were arrayed against Kyiv repositioning away from the capital, the official said. And Ukrainian forces are attacking these troops as they withdraw from the area.

“As these forces begin to reposition, the Ukrainians are moving against them,” the official said.

Most of the Russian forces that are repositioning were located to the north and northwest of Kyiv. Most notably, they seem to have abandoned Hostomel airport, which has been a site of intense fighting at various points since the beginning of the invasion.

“We believe that they have very likely abandoned Hostomel airfield,” the official said.

Although some troops are repositioning, long-range strikes on Kyiv continue.

“Despite the rhetoric of de-escalation, we’re still observing artillery fire and airstrikes in and around Kyiv,” the official said.

While Russia might be dedicating more forces to taking control of the Donbas region, the Ukrainians are primed to make it a tough fight.

“The Ukrainians know the territory very, very well. They have a lot of forces still there, and they’re absolutely fighting very hard for that area, as they have over the last eight years,” the official said. “So just because they’re going to prioritize it and put more force there or more energy there doesn’t mean it’s going to be easy for them.”

While there are still no signs of any imminent amphibious landings, Russia has several ships in the Black Sea and Sea of ​​Azov that could be used to threaten the Donbas region with cruise missiles, the official said.

Putin not getting full picture from advisers

“We know that the Russians have continued to blockade Odesa,” the official said. “So obviously it’s having it’s having an economic impact there.”

“We assess that they’re still fighting over Kherson. We know that the Russians are in the city, but we aren’t prepared to call it for one side or the other at this point. I mean, it had been in Russian control , but the Ukrainians are attempting to retake Kherson, so it’s still being fought over,” the official said.

“I don’t have update on the degree to which a cease-fire is being applied in Mariupol. What I try to give you is what we’ve seen, you know, in the last an 24 hours since we last talked, and we have continued to see Mariupol will come under airstrikes,” the official said.