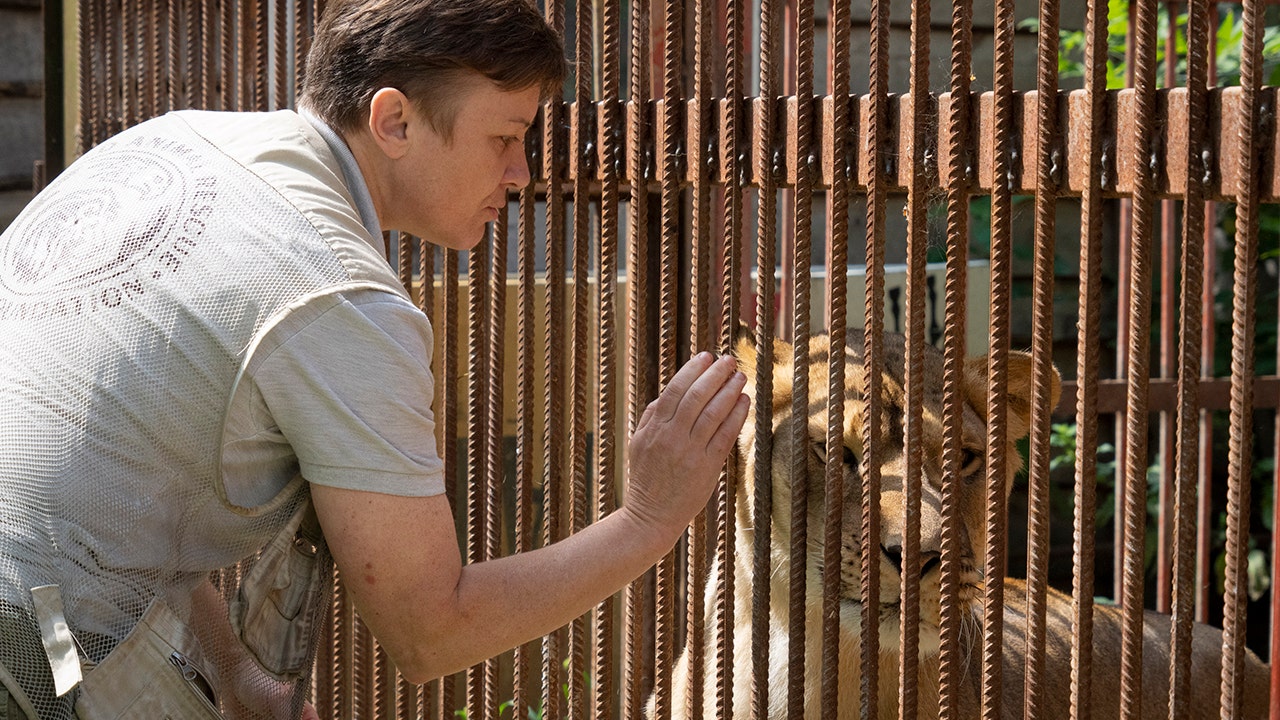 A Ukrainian woman has made saving animals a priority during the Ukraine-Russia War.

Natalia Popova, 50, continues to travel into war zones where she has already located and rescued hundreds of animals, before she rehabilitates them and finds them a permanent home elsewhere in Europe.

“No one wants to go there. Everyone is afraid. I’m also scared, but I go anyway,” Popova said. “I feel very sorry for them. I can imagine the stress animals are under because of the war, and no one can help them.”

“They are my life,” she added “My mission in this war is to save wild animals.”

Popova said she has traveled throughout Ukraine, including in war zones, and has already saved more than 300 animals from the war.

“I love them, and I understand that I don’t have the resources to provide them with the comfortable life they deserve,” she added.

Upon locating and capturing the animals, she returns to a rehabilitation center, where she provides them care and begins the process of finding them a new home.

Partnering with the animal protection group UA Animals, 200 of the rescued creatures have been sent abroad while 100 found new homes in western Ukraine.

Many of the animals she found were once wild but were kept in private homes as pets before their owners were forced to flee by the Russian invasion.

Natalia Popova has already saved more than 300 animals from the war, 200 of them were sent abroad, and 100 found a home in most western regions of Ukraine.
(AP Photo/Efrem Lukatsky)

For months, Popova drove herself into war hot spots. She also bankrolled her shelter with her own funds before the Russian invasion of Ukraine derailed her horse business.

Now, Popova has been forced to borrow money and continues to do so as she needs more than $14,000 a month to keep animals healthy and fed. Her personal debt has grown to $200,000.

She has since partnered with UA Animals, which helps transport her and has helped offset some costs.

“I will still borrow money, go to hot spots and save animals. I can’t say no to them,” Popova said.

Most of the animals she rescues, she knows nothing about — not their names, ages or previous ownership.

“Animals don’t introduce themselves when they come to us,” she joked.

She now houses 133 animals. The menagerie includes 13 lions, a leopard, a tiger, three deer, wolves, foxes, raccoons and roe deer, and other domesticated animals like horses, dogs and cats.