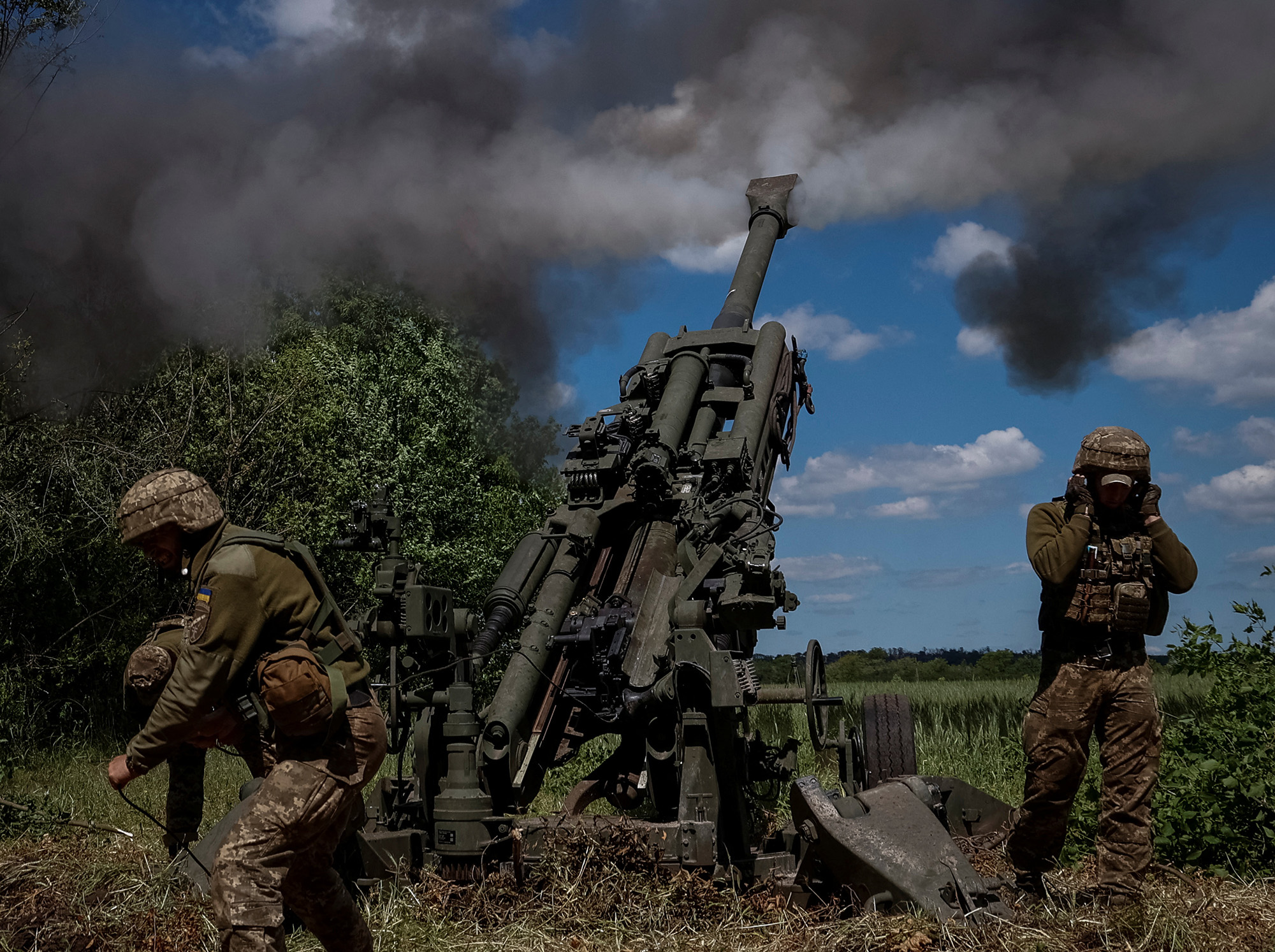 Intense combat for control of the eastern Ukrainian city of Severodonetsk is continuing Tuesday, with Russia using artillery, aircraft, and helicopters in the area, according to the Armed Forces of Ukraine.

Two people were injured after Russian forces shelled a mining college in Lysychansk, which sits on strategic high ground across the Siverskyi Donets River from Severodonetsk, according to Serhiy Hayday, head of the Luhansk Region Military Administration.

Hayday said Russia was using “sabotage and reconnaissance groups” in the village of Bilohorivka, just west of Lysychansk and Severodonetsk. That town also sits on high ground next to the Siverskyi Donets River, and was the site of a massive Ukrainian rout of a Russian assault last month.

On the outskirts of Severodonetsk, the Ukrainian military said Russia was using “remote mining of the area in the direction of the offensive of our troops towards Rubizhne.”

Rodion Miroshnik, an official in the separatist, self-declared Luhansk People’s Republic, claimed on Telegram that nine civilians had been killed by Ukrainian shelling over the past day.

On Monday night, Oleksandr Striuk, head of the Severodonetsk military administration, said there were “fierce battles and street fights,” and the situation was “changing every hour.”

Further west, in the Donetsk region, the Ukrainian military said Russia was focusing its efforts on moving south from Izyum toward Sloviansk, where the front line has not moved very much despite many weeks of intense fighting.

“The entire front line is under constant fire,” said Pavlo Kyrylenko, head of the Donetsk Region Military Administration, on national television. He said Ukrainian forces were focused on defending the line, and it was “inexpedient to talk about a counterattack at the moment.”

In the southern Zaporizhzhia region, authorities said fighting continued along the entire line of contact, but decreased somewhat in intensity on Tuesday.

In the Kherson region, the military said Russia was “concentrating its main efforts on improving its tactical position, maintaining the occupied frontiers, replenishing Ukrainian ammunition and fuel.” Authorities said Russia had begun preparations “for the celebration of Russia Day in the region.” Russia celebrates its national holiday on June 12.

And in the northern Sumy region, authorities said Russian forces shelled the border town of Seredyna-Buda early Tuesday morning. At least six houses and a farm building were damaged, but no casualties were reported.