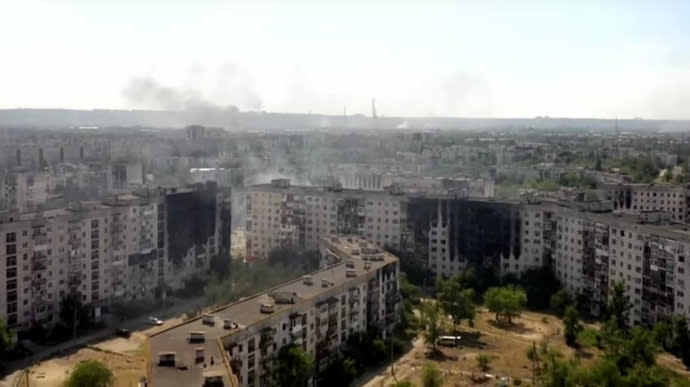 quote: “The Russians have deployed all their reserves in order to occupy all of Luhansk Oblast in the nearest future. Fighting continues on all fronts.

a lot of [Ukrainian – ed.] defense fortifications in the Sievierodonetsk industrial district have been destroyed, it is possible that our troops might retreat to new positions that are better fortified.”

Details: According to Haidai, civilians hiding in the Azot chemical plant bomb shelters will effectively become the hostages of Russian troops. They will only be able to leave the plant for the Russian-occupied territory of Luhansk Oblast.

He said that the Russians have already set up the so-called “filtration” process in the recently occupied territories of Luhansk Oblast: “They are hunting down activists and people who have anything to do with the military, as well as keeping an eye out for the relatives of such people.”

In addition, men are forced to join the fight against Ukraine: “They are used as cannon fodder.”

The head of the Luhansk Military Administration added that Russian forces have ramped up the shelling of Lysychansk.

Ukrainian humanitarian aid is still being delivered to the city and the “clandestine” evacuation of civilians continues: around 40 people were evacuated on 23 June.