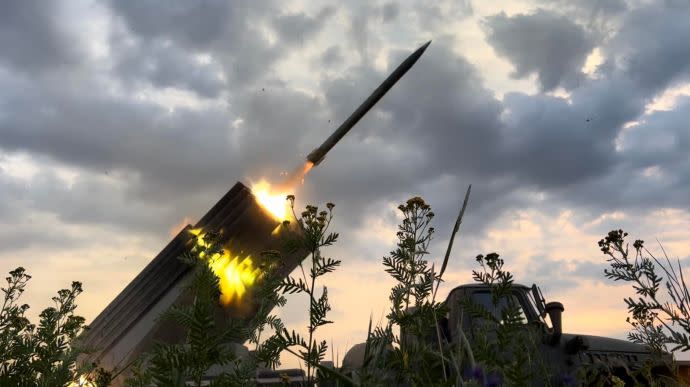 Ukrainian Armed Forces repelled a Russian attempt to conduct reconnaissance in force on the Sloviansk front. The Russians continue to conduct rocket strikes on civilian infrastructure in Ukraine.

Source: General Staff of the Armed Forces of Ukraine on Facebook, information as of 18:00 on 10 July

Thanks to the skillful actions of Ukrainian defenders, the occupiers failed their attempt to conduct reconnaissance in force near Mazanivka and retreated with losses.”

Details: On the Sivershchyna front, Russian occupying forces used mortar and rocket artillery to attack the areas around the towns and villages of Bachivsk, Volfyne, Myropillia, Volodymyrivka, Oleksiivka i Vovkivka in Sumy Oblast and Senkivka and Mykolaivka in Chernihiv Oblast. In addition, Russian assault and army aircraft conducted airstrikes in the vicinity of Vovkivka and Volfyne.

on the Kharkiv frontRussian forces fired on the city of Kharkiv and the towns and villages to the north, east and south of it using tanks and mortar and rocket artillery.

on the Avdiivka, Kurakhove, Novopavlivka and Zaporizhzhia frontsRussian and Ukrainian troops continue to fire on each other’s positions using mortars, tanks and rocket artillery along the entire frontline.

Russian aircraft conducted airstrikes near Avdiivka and Volodymyrivka. Russian forces attempted to conduct assault operations in order to improve their tactical positions near Novoselivka and Druha, but were unsuccessful and retreated.

on the Pivdennyi Buh frontRussian troops are using all types of weapons at their disposal to prevent the advance of the Ukrainian Defense Forces further into the Russian-occupied territories of Ukraine.