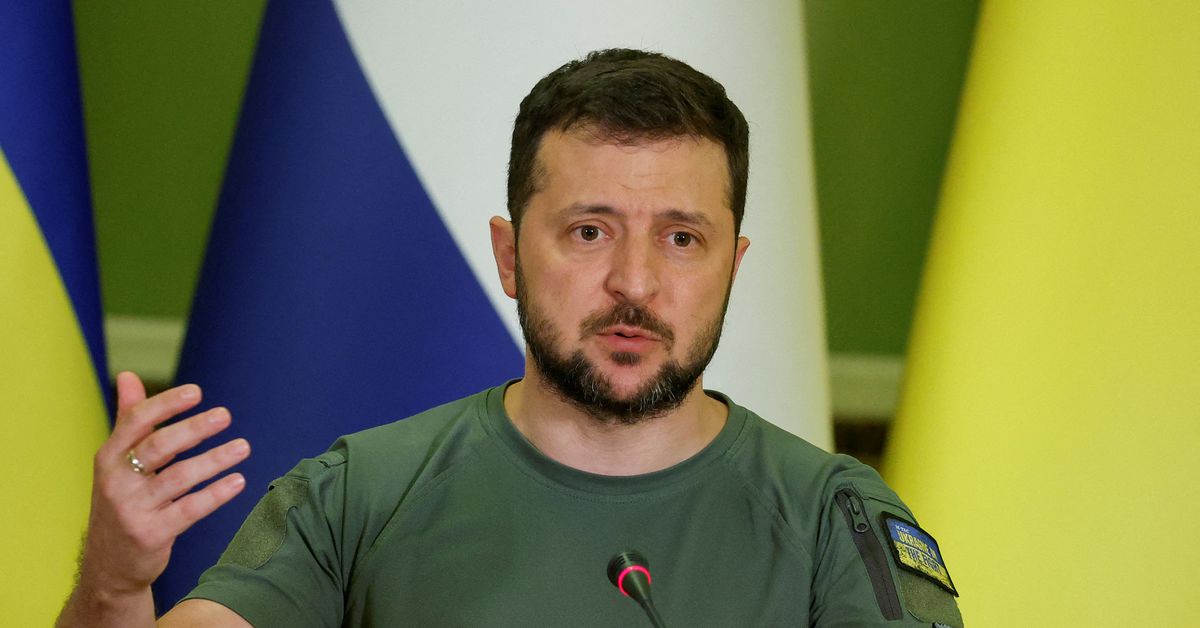 Aug 7 (Reuters) – Ukrainian President Volodymyr Zelenskiy said on Sunday that if Russia proceeded with referendums in occupied areas of his country on joining Russia, there could be no talks with Ukraine or its international allies.

Russian forces and their separatist allies now hold large swathes of territory in eastern Ukraine’s Donbas region and in southern areas after launching what the Kremlin calls a “special military operation” into its neighbour’s territory. Officials in both areas have raised the possibility of holding referendums.

In his nightly video address, Zelenskiy said Kyiv was holding fast to its position of yielding in the territory to Russia.

“Our country’s position remains what it always has been. We will give up nothing of what is ours,” Zelenskiy said.

“If the occupiers proceed along the path of pseudo-referendums they will close for themselves any chance of talks with Ukraine and the free world, which the Russian side will clearly need at some point.”

Russian and Ukrainian officials held several sessions of talks shortly after Russian forces launched their invasion of Ukraine in February.

But little progress was made and no meetings have been held since late March, with each side blaming the other for the halt to contacts.

Russian forces hold most of Kherson region in southern Ukraine and officials in charge have suggested a referendum on joining Russia could be held within the coming weeks or months.

In Donbas, Russian proxies seized chunks of territory in 2014, held independence referendums and proclaimed “people’s republics” in Luhansk and Donetsk regions. The Kremlin recognized the republics on the eve of the February invasion.

The governor of Luhansk region — almost entirely under Russian control for several weeks — suggested over the weekend that Russia was preparing for a new referendum in newly captured areas and was offering captured residents benefits for taking part.