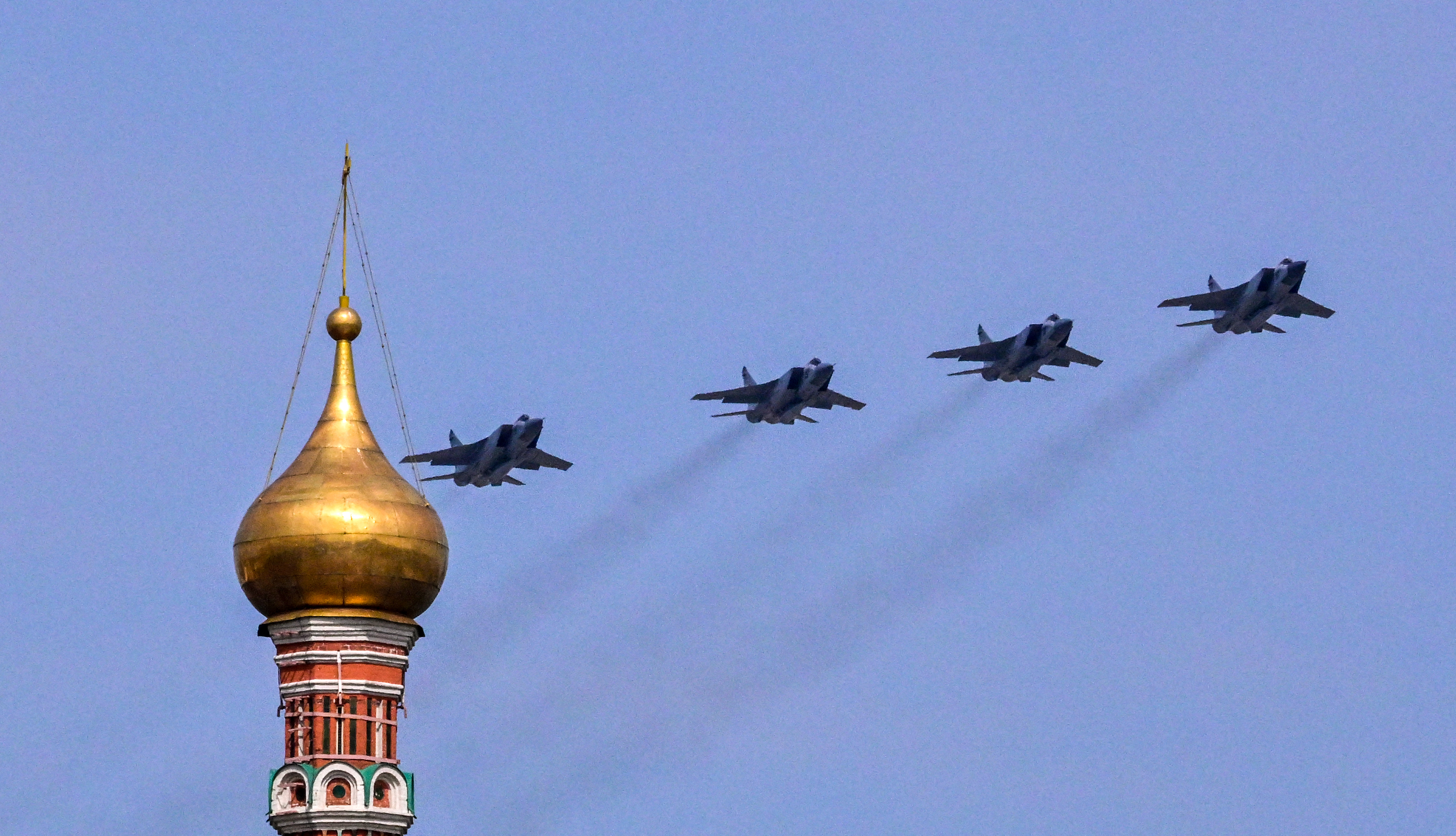 “The Air Force reliably defends the Ukrainian sky and gives a worthy rebuff to the Russian aggressor in it,” the General Staff of the Armed Forces of Ukraine said in a tweet early Sunday.

“Thank you for your professionalism and dedication to the defense of Ukraine!”

Posting the video on social media, Advisor to the Minister of Internal Affairs of Ukraine Anton Gerashchenko outlined his “eternal gratitude” to all of the country’s “sky defenders.”

It comes after the Pentagon said that US-supplied weapons are preventing Russia from gaining air superiority in its war against Ukraine.

“We know that they have been able to strike surface-to-air missile locations and to destroy some SAMs,” the official said.

They added: “I think the fact that the Russians continue to not have air superiority certainly says a great deal about the Ukrainians’ kind of will, both in their ability to prevent the enemy from shooting at their aircraft but also to shoot down Russian aircraft .”

Ukraine has said that a strike that killed dozens of Ukrainian prisoners of war in eastern Ukraine last week was an effort to stop the supply of weapons from the West.

Russia has claimed that Ukraine’s military used US-supplied rocket launchers to strike the prison in Olenivka, located in a separatist region of eastern Ukraine, on July 29. Zelensky has called it a “deliberate Russian war crime.”

And a Facebook post on Sunday by the General Staff of the Armed Forces of Ukraine said: “The terrorist act in Olenivka was a special operation of Russia against the supply of weapons to Ukraine.

“By any means, Russia is trying to prevent the supply to Ukraine of Western high-precision weapons.”

The White House has said US intelligence officials believe Russia will seek to plant false evidence to make it appear that Ukrainian forces using HIMARS were responsible for the strike on the prison.

“We anticipate the Russian Forces Coordinator will try to frame the Ukrainian Armed officials in anticipation of journalists and potential investigators visiting the site of the attack,” the National Security Council’s Strategic Communications John Kirby said.

“In fact, we’ve already seen some spurious press reports to this effect, where they have planted evidence. And we have reason to believe that Russia would go so far as to make it appear that Ukrainian HIMARS—that have been in so much in the news lately—were to blame. And to do that before journalists arrived on site,” he added.