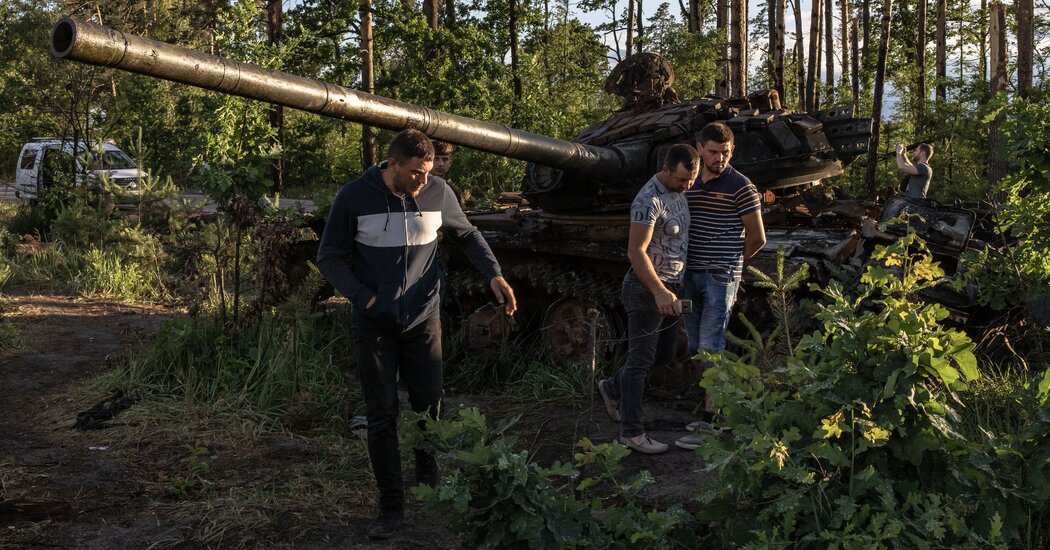 Russian soldiers who control a giant nuclear power plant in Ukraine are detaining workers and subjecting them to brutal interrogations in a search for possible saboteurs, prompting many employees to leave and raising concerns about safety, Ukrainian officials say.

The Zaporizhzhia Nuclear Power Plant — Europe’s largest — lies in southern Ukraine in the city of Enerhodar on the eastern side of the Dnipro River, across from territory still held by Ukrainian forces. With 11,000 workers, the plant occupies a strategically important spot, and safety concerns at the plant make any Ukrainian counteroffensive to retake the area particularly complicated.

Russian forces have fortified the outside of the plant with trenches and heavy artillery, and inside they are stepping up measures to find anyone they think might pose a threat, according to local and company officials.

“People are being abducted en masse,” Enerhodar’s exiled mayor, Dmytro Orlov, said during a meeting on Wednesday with officials from Energoatom, the state company that oversees the complex. “The whereabouts of some of them are unknown. The rest are in very difficult conditions: They are being tortured and physically and morally abused.”

Mr. Orlov said in an interview with a local radio station this week that many plant employees and other residents were trying to escape to Ukrainian-held territory. “Even young people are leaving the city,” he said. “It is unclear who will operate the nuclear power plant.”

Mr. Orlov’s statements could not be independently confirmed. But officials from Energoatom have offered similar accounts based on interviews with workers at the plant, and witnesses in other occupied parts of Ukraine have relayed similar reports of mass detentions of civilians.

At the same meeting, Petro Kotin, the acting president of Energoatom, said that the plant’s “seizure and gradual transformation into a military base with many weapons and explosives” amounted to an act of “nuclear terrorism.” He said the company would continue to support its employees in occupied territories in every way it could.

Last month, Mr. Kotin raised concerns about the Russian militarization of the facility.

“Zaporizhzhia nuclear power plant is a well-fortified facility even in peacetime,” he said. “It is a perfect military base. Moreover, the Russians understand that the amount of nuclear material that is located there protects them. Ukraine will not strike at such an object.”

Enerhodar, like other the Russia-occupied areas in the south, has been the scene of attacks by a growing resistance movement in southern Ukraine — with civilians known as partisans in violence engaged against occupying forces, civil disobedience and efforts to help the Ukrainian military — and reprisals by Russian forces.

Tensions in the city escalated on May 22, when Andrii Shevchyk, whom the Russians had installed as mayor, was injured in a bombing outside his apartment. He was airlifted to Crimea for medical treatment. The next day, according to Energoatom, an employee of the nuclear power plant was shot several times at his home by Russian forces.

This week, Vladimir Rogov, a Russian proxy on the main governing council for the Zaporizka region, which includes the nuclear plant, said in television interview that it was time to institute the death penalty for “war criminals.”

Ivan Federov, the exiled mayor of Melitopol who has become something of an unofficial spokesman for Ukrainian resistance in the region, estimated on Tuesday that Russian forces had detained about 500 locals in his home city alone.

His claim could not be independently verified because Russia tightly controls access to occupied territories. People living there regularly have their cellphones inspected by Russian forces at checkpoints and searches of their homes, according to witnesses, making communication with outsiders exceedingly risky.

Mr. Federov was himself kidnapped by Russian forces before being released, part of a pattern that has played out in towns and villages including Enerhodar. Ivan Samoidyuk, the first deputy mayor of Enerhodar, has been in Russian custody for over three months, according to Ukrainian officials.

As Russia steps up its repression, the government has promised a large counteroffensive and has told everyone who can flee occupied territories to leave Ukrainian before it begins.