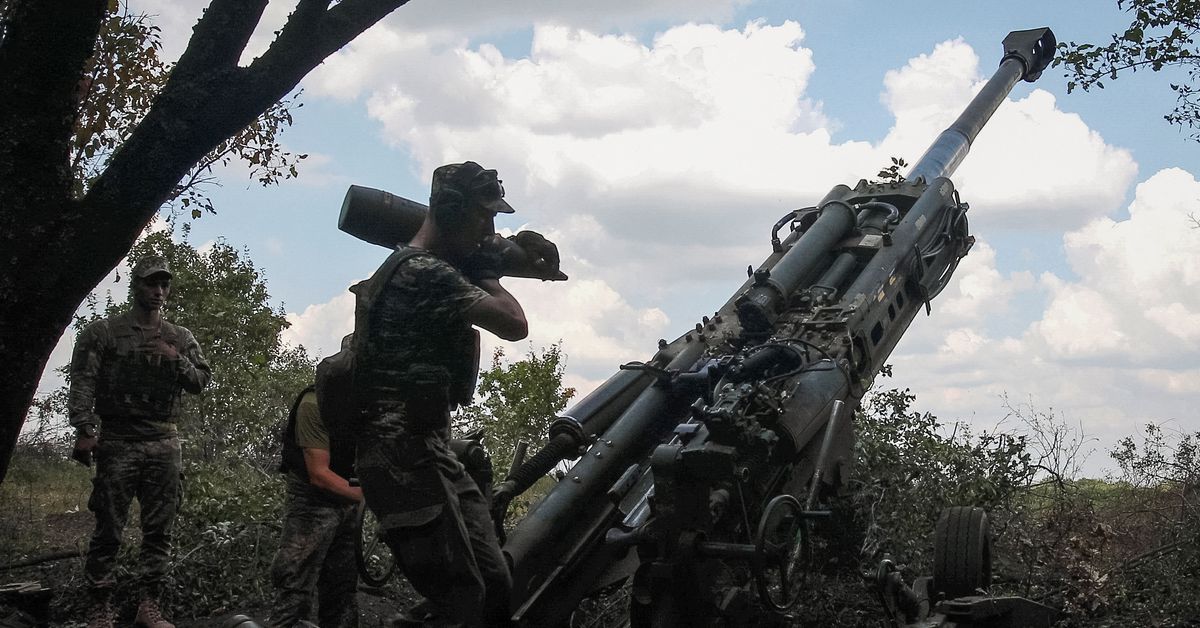 July 29 (Reuters) – Ukraine stepped up its drive to retake Russian-controlled southern Ukraine by trying to bomb and isolate Russian troops in hard-to-resupply areas.

In a Thursday night address, President Volodymyr Zelenskiy once again signaled that Ukrainians would not be intimidated by the Russian invasion, which began on Feb. 24 and has had economic and other consequences far beyond Ukraine’s borders.

“We shall do everything to ensure no one anywhere in the world remains indifferent to this terrible war that Russia has unleashed on our country and against the very notion of freedom,” Zelenskiy said.

Russia and Ukraine struck a deal last week to unblock grain exports from Black Sea ports, but UN aid chief Martin Griffiths said “crucial” details for the safe passage of vessels were still being worked out. Griffiths was hopeful the first shipment of grain from a Ukrainian Black Sea port could take place as early as Friday. read more

Allowing safe passage for grain shipments from Ukrainian ports should ease shortages that have left tens of millions of people around the world facing soaring food prices and hunger.

Ukraine said on Thursday its planes had struck five Russian strongholds around the southern city of Kherson and another nearby city.

The Kherson region, which borders Russian-annexed Crimea, fell to Russian forces soon after they began what Moscow calls “a special military operation”. Ukraine describes Russia’s actions as an imperial-style war of conquest.

British military intelligence, which helps Ukraine, said it was likely that Ukrainian forces had also established a bridgehead south of a river that runs along the region’s northern border.

Ukraine says it has retaken some small settlements on the region’s northern edge in recent weeks as it tries to push Russian forces back, a potential prelude to what Kyiv has billed as a major counter-offensive to retake the south.

The Russian defense ministry said its planes had attacked a Ukrainian infantry brigade in the far north of Kherson region and killed more than 130 of its soldiers in the last 24 hours.

Kirill Stremousov, the deputy head of the Russian-appointed military-civilian administration running the Kherson region, has also dismissed Western and Ukrainian situation assessments of the battlefield.

Reuters could not verify the battlefield reports.

Ukraine has used Western-supplied long-range missile systems to badly damage three bridges across the River Dnipro in recent weeks, making it harder for Russia to supply its forces on the western bank.

British intelligence said the strategy was starting to isolate Russian forces in the Kherson region.

“Russia’s 49th Army, stationed on the west bank of the Dnipro River, now looks highly vulnerable,” it said in an intelligence bulletin.

Kherson city was now virtually cut off from the other territories occupied by Russia.

“Its loss would severely undermine Russia’s attempts to paint the occupation as a success,” British intelligence said.

RIA reported on Thursday that Russian security services had uncovered a group of Ukrainian agents in Kherson who had been paid to pass on the map coordinates of Russian forces there to Ukraine for targeting with artillery.

Two people in the southern seaside town of Koblevo were blown up by a sea mine while swimming despite a ban, Mykolaiv regional governor Vitaliy Kim said on Telegram.

Russia continues to carry out strikes against targets across Ukraine while trying to take control of the entirety of the industrialized Donbas region, comprising the provinces of Donetsk and Luhansk.

Russian forces shelled the town of Bakhmut, which has been cited by Russia as a prime target in its advance through Donetsk, four times, Donetsk regional governor Pavlo Kyrylenko said on Telegram. At least three people were killed and three were injured, he said.