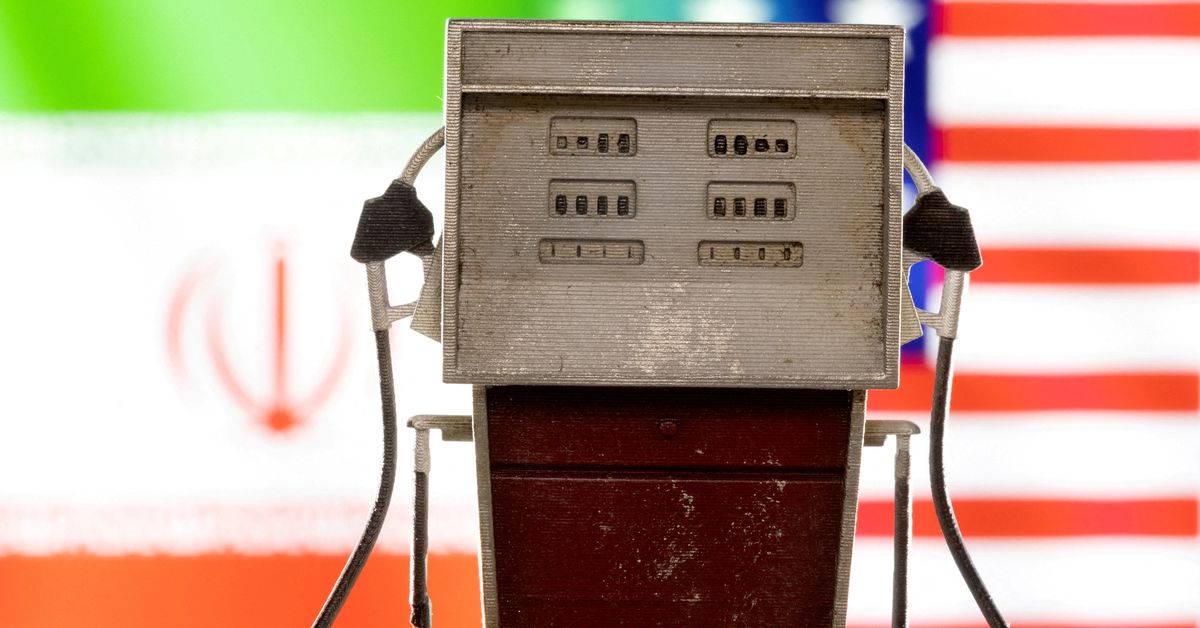 Model of petrol pump is seen in front of US and Iran flag colors in this illustration taken March 25, 2022. REUTERS/Dado Ruvic/Illustration

WASHINGTON, Aug 2 (Reuters) – The United States on Monday imposed sanctions on Chinese and other firms it said helped to sell tens of millions of dollars’ in Iranian oil and petrochemical products to East Asia as it seeks to raise pressure on Tehran to curb its nuclear programme.

The US Treasury and the US State Departments imposed sanctions on a total of six companies, four in Hong Kong, one in Singapore, and one in the United Arab Emirates (UAE) based in actions that were announced in separate statements.

The Treasury accused Persian Gulf Petrochemical Industry Commercial Co. (PGPICC), one of Iran’s largest petrochemical brokers, of using the firms to facilitate the sale of Iranian petroleum and petrochemical products to East Asia.

The Treasury accused PGPICC of using the firms’ bank accounts, along with those of Hong Kong and Malaysia-based PZNFR Trading Limited, to collect millions of dollars in proceeds.

The actions freeze US-based assets and generally bar Americans from dealing with them. Others that engage in certain transactions with the targeted also risk being sanctioned.

The steps represent the third round of US Iran-related sanctions against Chinese firms in the last two months.

Since taking office in 2021, US President Joe Biden has been loath to sanction Chinese entities engaged in oil trade with Iran due to hopes of securing an agreement to revive the 2015 Iran nuclear deal.

Efforts to resurrect the deal – under which Iran had curbed its nuclear program in exchange for relief from US and other sanctions – have so far failed, leading Washington to look for other ways to increase pressure on Tehran.

“The United States continues to pursue the path of diplomacy to achieve a mutual return to full implementation of the Joint Comprehensive Plan of Action,” the Treasury’s Under Secretary for Terrorism and Financial Intelligence, Brian Nelson, said in the statement, referring to the 2015 deal by its formal name.

“Until such time as Iran is ready to return to full implementation of its commitments, we will continue to enforce sanctions on the illicit sale of Iranian petroleum and petrochemicals.”

Reacting to the new sanctions, Iran’s Foreign Ministry spokesperson Nasser Kanaani said in a statement that Iran will respond “decisively and firmly” to the White House’s continuation of sanctions.