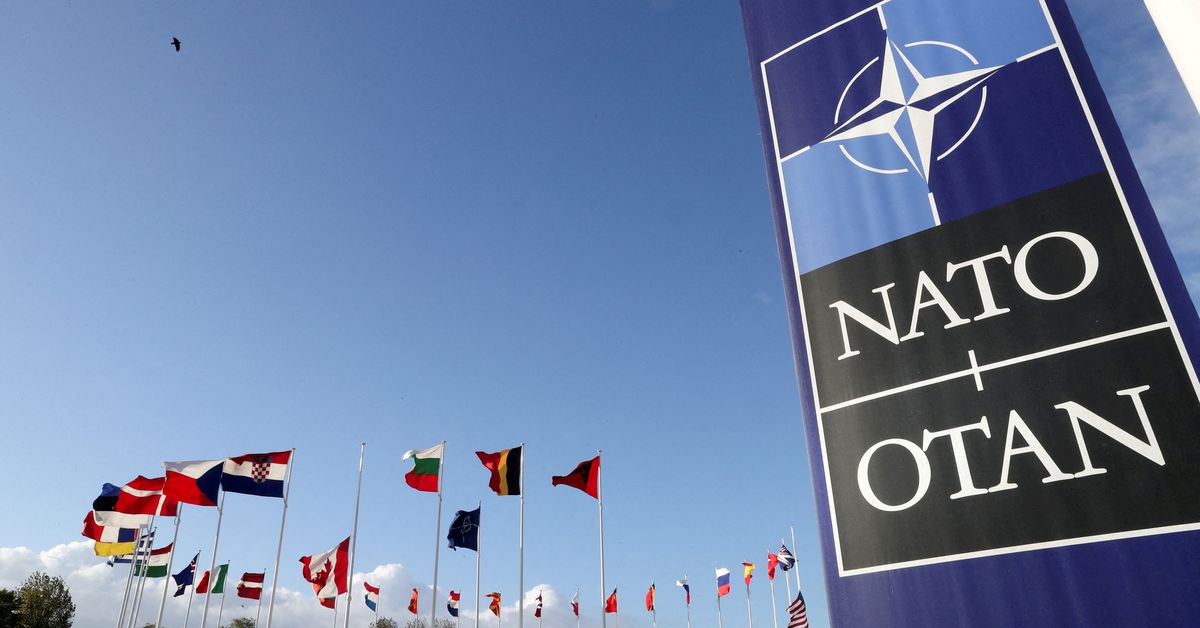 Flags wave outside the Alliance headquarters ahead of a NATO Defense Ministers meeting, in Brussels, Belgium, October 21, 2021. REUTERS/Pascal Rossignol

ANKARA, June 20 (Reuters) – Discussions between Turkey, Finland and Sweden about the Nordic countries’ NATO membership will continue and an alliance summit in Madrid next week is not a deadline, Turkey said after talks in Brussels on Monday.

Finland and Sweden applied for NATO membership in response to Russia’s invasion of Ukraine. But the bids have faced opposition from Turkey, which has been angered by what it says is Helsinki and Stockholm’s support for Kurdish militants and arms embargoes on Ankara.

Last week, Turkey said documents it received from Sweden and NATO in response to the earlier written demands it presented the two candidates were far from meeting their expectations and any negotiations must first address Turkish concerns. read more

Any progress on the Nordic membership bids “now depends on the direction and speed at which these countries will take steps,” he said.

The talks in Brussels with officials from Sweden, Finland, and NATO were held in an “open and sincere atmosphere,” he said.

“As we see these steps, we will all have the opportunity to evaluate the direction of this process,” he said.

Onal said Turkey expected a change of approach from Sweden and Finland, and Ankara needed “binding promises” to address its concerns.

“We don’t see ourselves limited by any timetable. The speed, scope of this process depends on these nations’ manner and speed of meeting our expectations,” he said.

Petri Hakkarainen, foreign and security adviser to Finland’s president and the head of the Finnish delegation at the talks in Brussels, said the sides had made “clear progress” on certain issues. But it would take time to reach an understanding on others, he said.

NATO leaders will convene in Madrid on June 29-30. Any NATO membership requires approval of all 30 members of the alliance. Turkey has been a NATO ally for more than 70 years and has the alliance’s second biggest army.