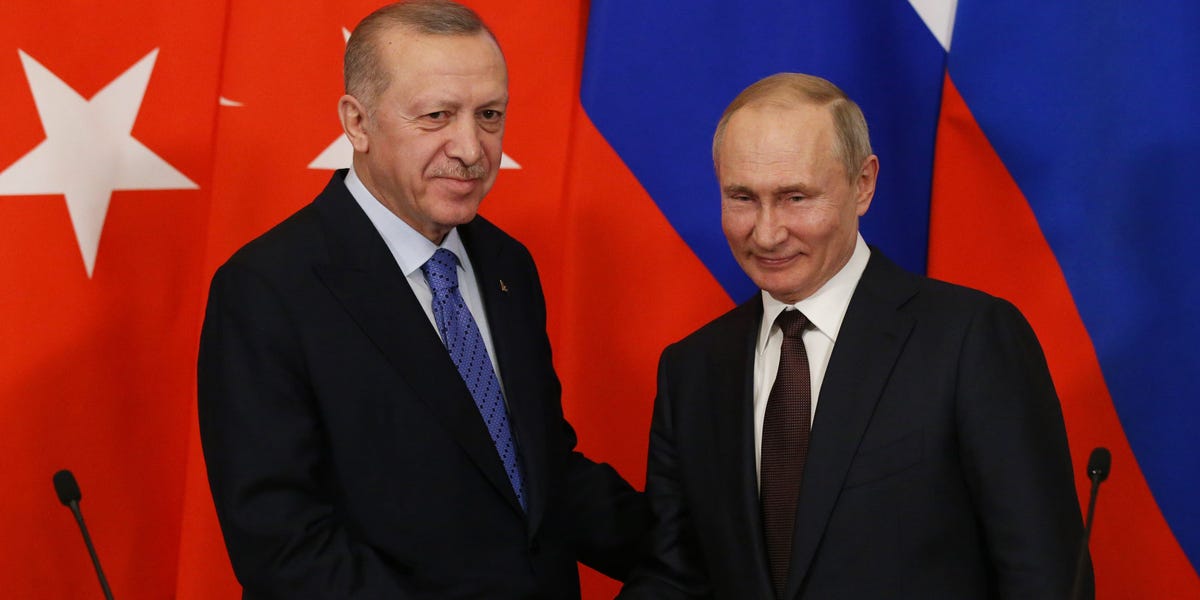 Five of Turkey’s banks have started using Russia’s Mir payments system, raising concerns that it could be used to skirt sanctions over the invasion of Ukraine. As Mastercard and Visa have halted operations in Russia, Mir card payments will allow Russian tourists to pay for their purchases in Turkey.

There are “very serious developments” on the adoption of the system that will let Russians in Turkey pay for their purchases, said Turkish President Tayyip Erdogan after meeting Russian President Vladimir Putin in the resort city of Sochi, according to Turkey’s Anadolu Agency on Saturday.

Turkey has also agreed to pay for some Russian natural gas in rubles, Erdogan said.

The Turkish leader’s meeting with Putin on Friday came three weeks after they met in Iran. The deepening of the relationship between the two countries is worrying Western officials, some of whom are thinking about punitive actions for Turkey, such as asking companies to reduce financing to Turkish firms, the Financial Times reported. There have been no official talks about such actions for Turkey so far, the media outlet added.

Ankara has condemned Russia’s invasion of Ukraine, but has not sanctioned Russia or closed its airspace to the country, which is one of Turkey’s top trading partners. And Turkey needs all the economic support it can get.

Turkey’s economy grew 11% in 2021 from a year ago, but is beset with soaring inflation that hit almost 80% in July. The Turkish Lira has also lost half of its value against the US dollar this year. The country’s central bank has been drawing down on its foreign currency to support the currency — but the reserves got a $3 billion boost last week after Russia’s state-owned nuclear company Rosatom transferred some money to a Turkish subsidiary for a construction project, Bloomberg reported.

In June, US Deputy Treasury Secretary Wally Adeyemo met Turkish officials and bankers, warning them not to be used as a channel for Russian money.

Turkey is the top destination for Russian tourists, with 7 million of them visiting in 2019, by Nikkei.