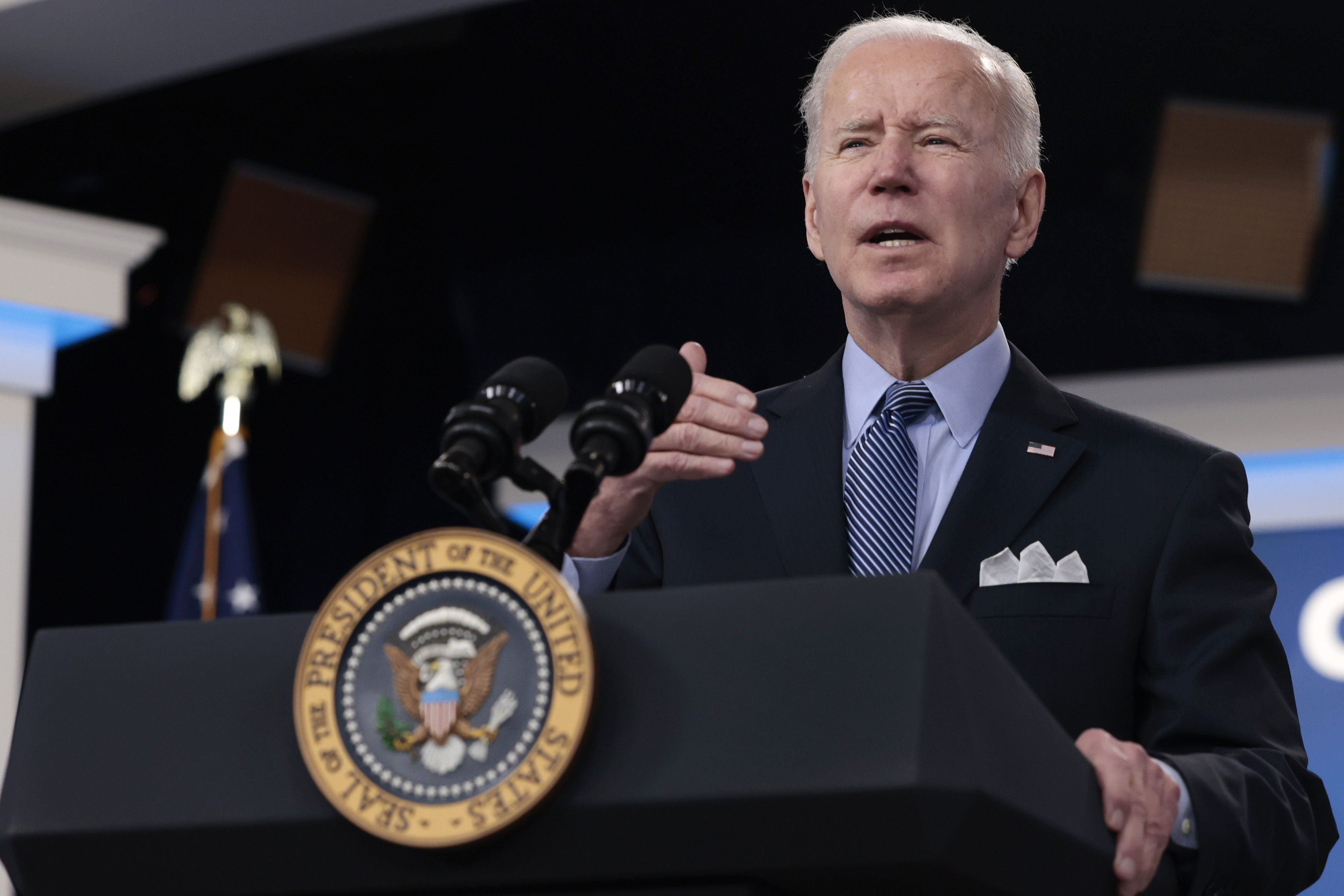 Former President Donald Trump has continued to command a strong following among Republicans despite his recent comments about Russian President Vladimir Putin, while President Joe Biden has seen his approval rating fall even after he has taken a strong stance on Russia, recent polling shows.

Amid the ongoing opposing conflict between Russia and Ukraine, Biden and Trump have taken somewhat stances on the issue. Biden has continued to condemn Russia and has criticized Putin, while imposing sanctions on Moscow. On the other hand, Trump has previously called Putin a “genius” and recently called for the Russian president to release information on the Biden’s business dealing with the widow of the former Moscow mayor, Elena Baturina.

newsweek recently reported how a number of GOP leaders have stayed silent on Trump’s recent Putin comments, and a poll from Harvard CAPS-Harris found him leading all other nominees in a hypothetical 2024 Republican primary. According to the poll, which was conducted prior to Trump’s recent remarks, 59 percent of respondents said they’d vote for the former president in a Republican primary. Former Vice President Mike Pence was respondents’ second choice, as he received 11 percent of support.

The same poll also found that Trump led Biden and Vice President Kamala Harris in a hypothetical presidential match-up. If the election was between Biden and Trump, 47 percent sided with the former president, while 41 percent chose Biden. In a hypothetical matchup between Trump and Harris, Trump led 49 to 38 percent.

Another poll from Emerson College found Trump receiving a “nearly 12-point favorability advantage over Biden,” as 59 percent of respondents said they have a favorable view of the former president compared with 47 percent that said the same for Biden.

While Trump previously praised Putin and called him “savvy” Biden has taken a much stronger stance against the Russian president. Earlier this month, Biden called Putin a “thug” and a “murderous dictator.” More recently, Biden said that Putin “cannot remain in power.”

Despite Biden’s strong stance on Russia and Putin, the president has continued to see a low approval rating. According to a presidential approval rating tracker from Gallup, 42 percent of voters said they approve of Biden’s handling of the presidency in March. While this number is an increase from the previous month, it is down over 10 percent since March 2021, when 54 percent said they approved of his presidency.

However, the Gallup poll did report a slight increase in Biden’s approval rating for his handling of the situation with Russia. According to the poll, 42 percent of respondents said they approve of his handling of Russia, which is up six percentage points from the previous month.

Another poll from NBC News found Biden receiving his lowest approval rating yet in polls conducted by the news outlet. According to the poll, 40 percent said they approve of Biden’s presidency, a decrease of 13 percentage points from April 2021.

In addition to receiving low overall approval ratings, Biden has also been criticized by many for the rate of inflation the nation is currently experiencing. newsweek reported in January that inflation increased by 7.5 percent, which was the highest increase since 1982.

However, Biden has said that Putin should be blamed for inflation and the rising gas prices across the nation, as his invasion of Ukraine has resulted in worldwide sanctions, including the US ban on Russian oil.

“Make no mistake, inflation is largely the fault of Putin,” Biden previously said.

newsweek reached out to the White House and Trump for comment but did not receive a response in time for publication.