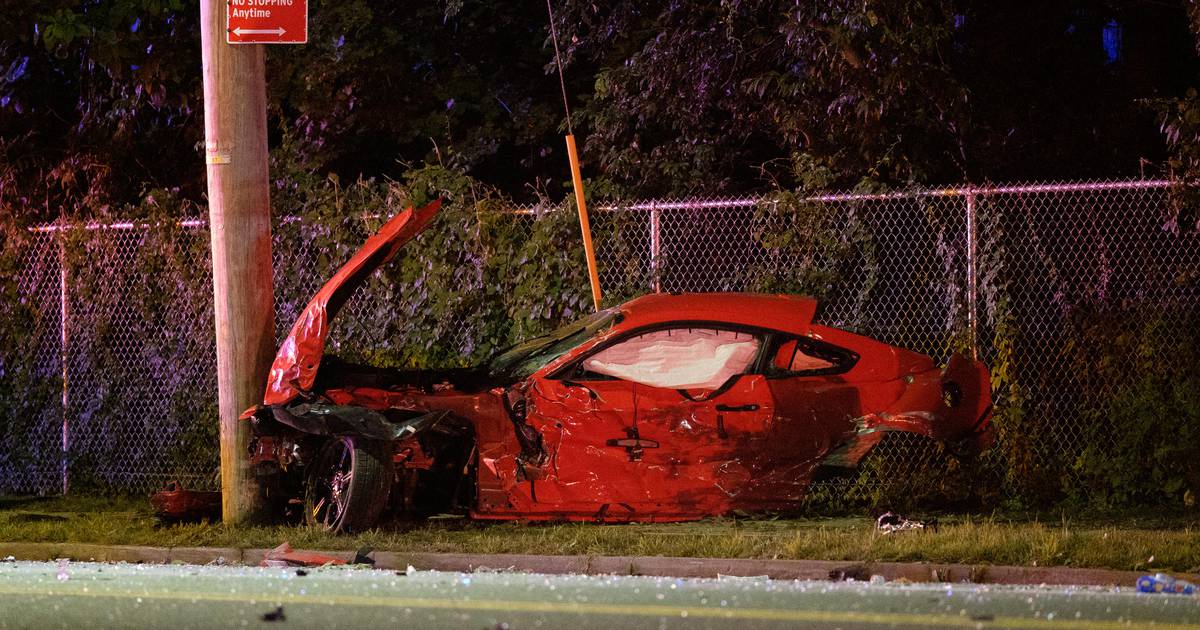 Three teens riding in a red Mustang died when the 16-year-old driver collided with an SUV on Staten Island, police said Monday.

The victims were riding in the red Ford Mustang on Hylan Blvd. when the driver of a GMC Yukon tried to turn off at Richard Ave. in Charleston just after 8:50 pm Sunday, police said.

The cars collided and three teens from the Mustang — a 16-year-old girl in the front passenger seat and a boy and girl, both 15, in the back seat — died in the wreckage, police said.

The driver of the Mustang was hit to an area hospital, where he remained in critical condition Monday.

The five occupants of the GMC Yukon, a 47-year-old man driving, two women ages 44 and 18, a 23-year-old man and an 11-year-old girl, were all taken to Staten Island University Hospital North with minor injuries.

At the grisly scene Sunday night, the Mustang was mangled beyond recognition as a body of one of the teens remained under a sheet on the street.

Officers from the NYPD’s collision investigation squad were also investigating another red sports car left near the crash site.