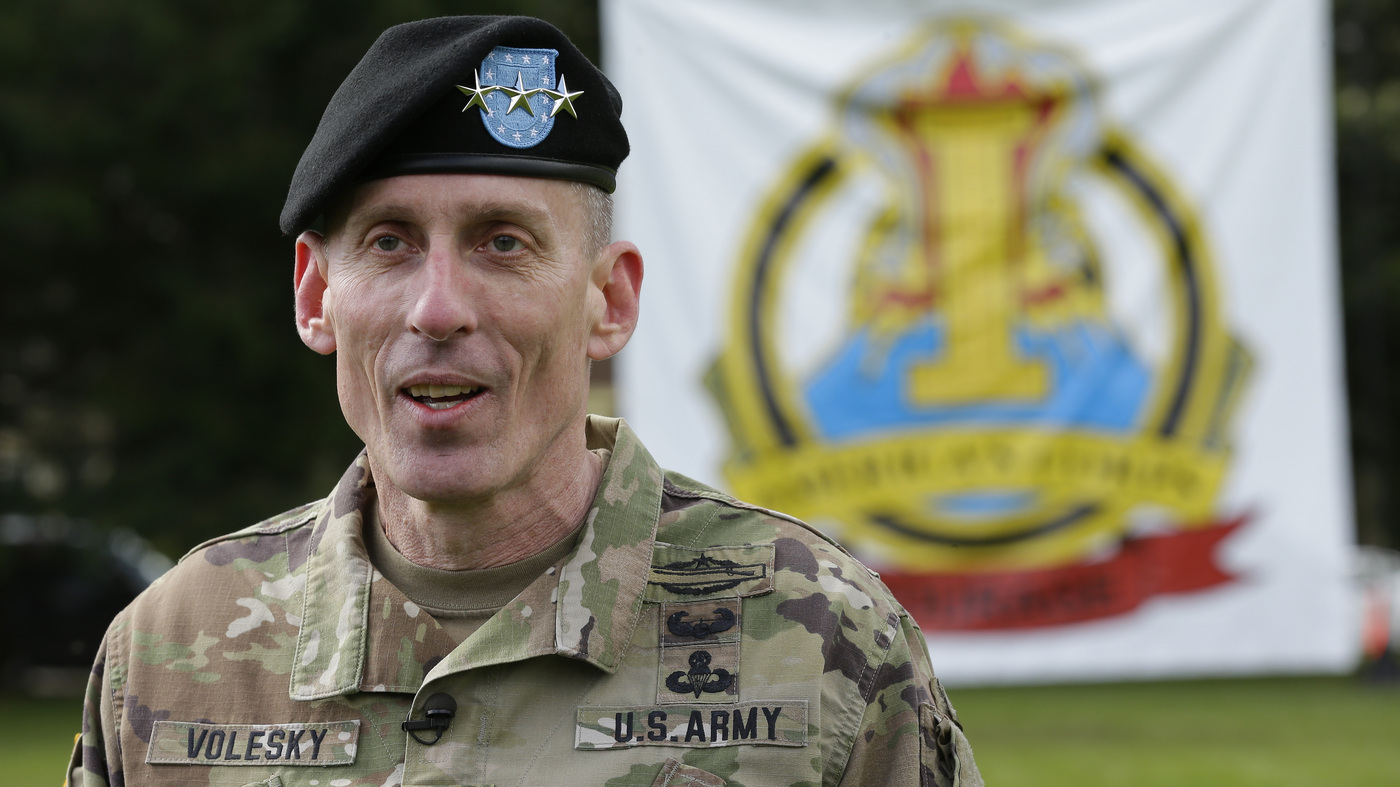 US Army Ltd. Gen. Gary Volesky talks to reporters following a change of command ceremony at Joint Base Lewis-McChord in Washington state on April 3, 2017. The Army has suspended Volesky over a recent tweet in response to the first lady.

US Army Ltd. Gen. Gary Volesky talks to reporters following a change of command ceremony at Joint Base Lewis-McChord in Washington state on April 3, 2017. The Army has suspended Volesky over a recent tweet in response to the first lady.

The US Army has suspended a former top spokesperson from a consulting position and put him under investigation after he posted a tweet appearing to mock Jill Biden over a recent comment by the first lady on the Supreme Court’s decision to overturn Roe v. wade.

“Glad to see you finally know what a woman is,” Volesky responded, according to USA Today, which first reported the story. The tweet has since been deleted.

His remark appeared to echo an exchange between Judge Ketanji Brown Jackson and Sen. Marsha Blackburn, R-Tenn., during a confirmation hearing for Jackson in March. Blackburn pushed Jackson to define the word “woman” in regards to transgender rights.

For nearly 50 years, women have had the right to make our own decisions about our bodies.

Today, that right was stolen from us.

And while we may be devastated by this injustice, we will not be silent. We will not sit back as the progress we have already won slips away.

Volesky was on a $92-an-hour contract with the Army serving as a senior mentor advising top military officers and other personnel on war games strategy and other military activities, according to the USA Today report.

The Army did not immediately respond to a request for comment, but in a statement to USA Today, spokeswoman Cynthia Smith confirmed that Volesky had been suspended pending the inquiry’s outcome. Attempts to reach Volesky were not immediately successful.

Volesky is a decorated, retired three-star general who received one of the military’s highest honors, the Silver Star, for his valor in Iraq. He also served in the Gulf War and the war in Afghanistan.

He commanded the Army’s I Corps, one of its top formations. He was also commander of the 101st Airborne Division.

The tweet was not the first time that Volesky had posted about politics. In 2021, he responded to a tweet by Rep. Liz Cheney, R-Wyo., about the investigation into the Jan. 6 Capitol attack, according to USA Today.

“I’m honored to serve on the January 6th select committee. Our oath to the Constitution must be above partisan politics,” Cheney tweeted.

“This is all about partisan politics,” Volesky tweeted in response, according to USA Today.