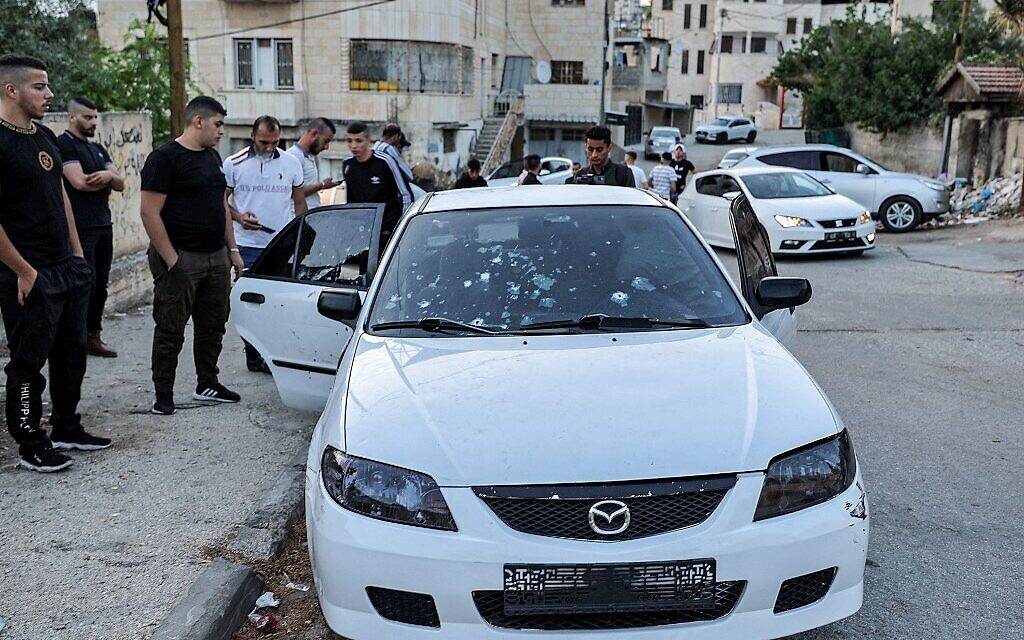 The Palestinian Authority Health Ministry said three people were killed and eight wounded, including one person in serious condition.

The IDF said troops from the elite Golani reconnaissance unit were operating in the city when they came under massive fire and explosive devices were thrown at them.

They identified that the shots being fired at them were from a nearby stationary vehicle. “The soldiers closed in on them and neutralized the gunmen who had opened fire,” the army said.

The army said the soldiers found two M-16 rifles and a Carlo-style machine gun in the vehicle, along with several magazines of ammunition.

There were no Israeli casualties. 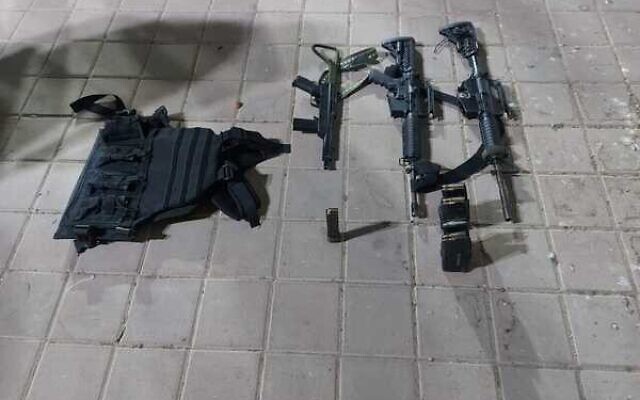 Pictures on social media showed the bloodstained interior of the car and bullet holes in the window.

Palestinian media identified the dead men as Baraa Lahluh, Laith Abu Srour and Yousef Salah, with pictures showing the young men holding automatic weapons, indicating they were members of a terror group, although there was no immediate claim of affiliation.

Hundreds of angry residents gathered outside a Jenin hospital, chanting slogans of “God is Great” and calling for revenge, before carrying the three bodies on stretchers and walking through the town in a spontaneous protest.

Israeli security forces have stepped up their operations in the West Bank following a deadly wave of terror attacks inside Israel that have left 19 people dead since March 22. The raids have concentrated on the increasingly unstable Jenin area, from where several of the attackers hailed. 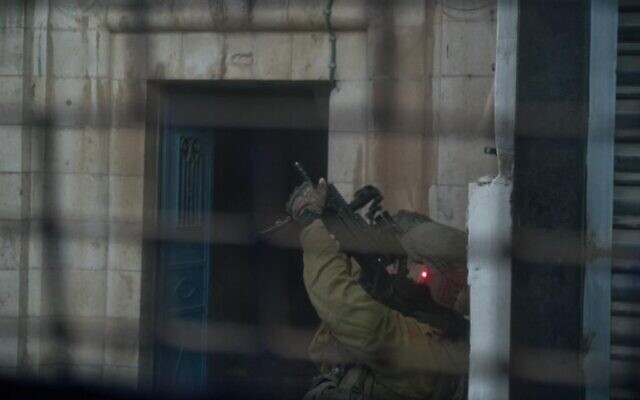 An IDF soldier operating in the West Bank city of Jenin on June 7, 2022. Three Palestinians were killed in a gunfight with Israeli forces (Israel Defense Forces)

At least 30 Palestinians were killed over the same period, according to the Palestinian Authority Health Ministry. Some were shot by Israeli soldiers while committing terror attacks, while others were engaged in violent gunfights with soldiers, and still others — such as Al Jazeera journalist Shireen Abu Akleh — were civilians.

Abu Akleh was killed amid clashes between Israeli troops and Palestinian gunmen in Jenin.

A Palestinian probe said that an Israeli soldier shot her dead. Israel says it cannot definitively say who killed her until it examines the bullet, which the Palestinian Authority is refusing to share.

AP contributed to this report