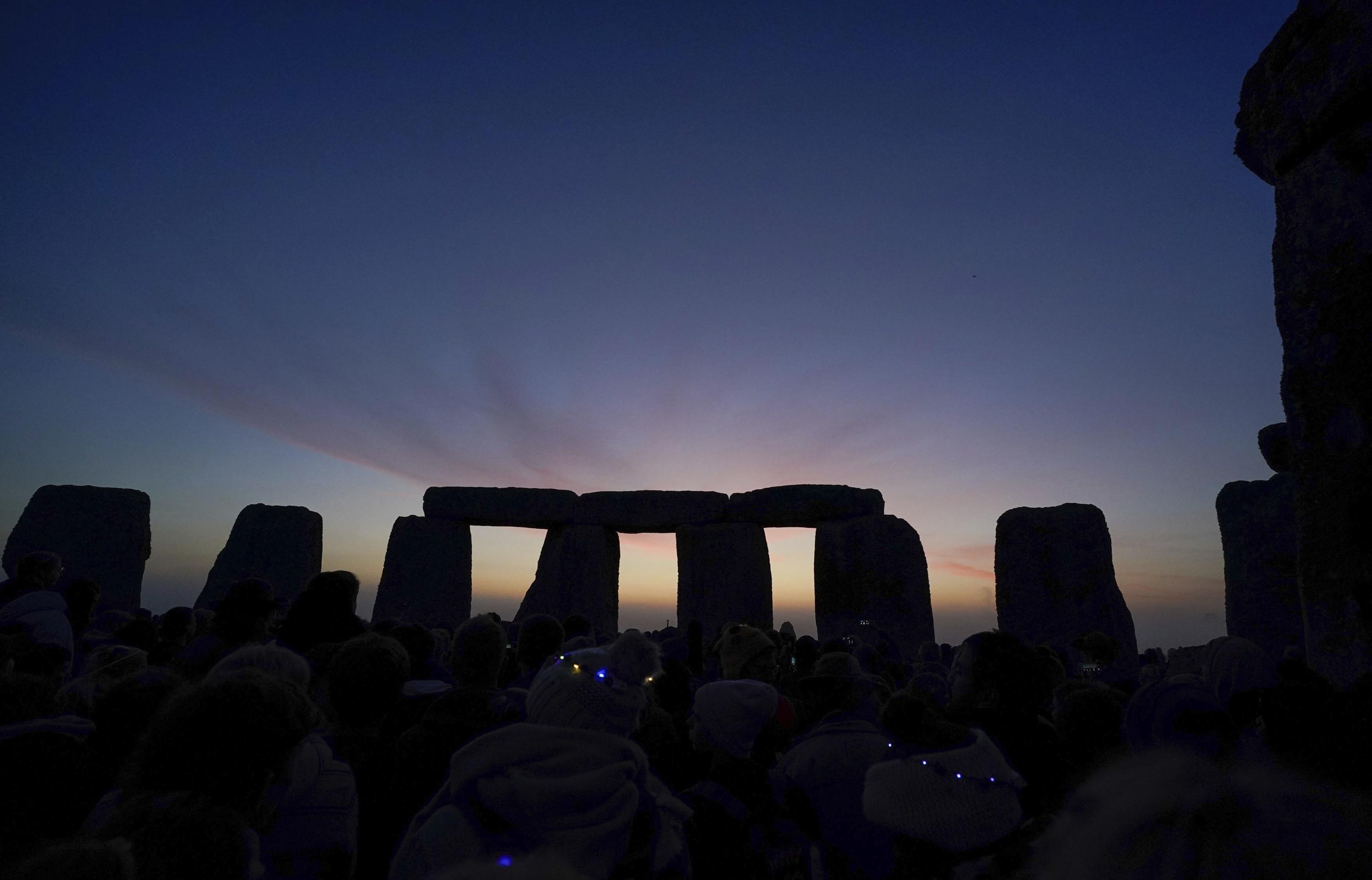 LONDON (AP) — Thousands of druids, pagans and New Age revelers greeted the summer solstice at Stonehenge on Tuesday, the longest day of the year in the Northern Hemisphere.

About 6,000 people gathered at the ancient stone circle in southern England to watch the sun rise at 4:49 am on a clear, crisp morning, local police said.

It was the first time revealers have been permitted to gather at the Neolithic monument to celebrate the solstice since 2019. The sunrise was streamed online in 2020 and 2021 because of the coronavirus pandemic.

The crowds raised their arms in the air and cheered as the sun rose over the horizon. Some performed pagan rituals and sang songs, and many hugged the ancient stones as part of the ceremony. Plenty others awakened early and made the trip there just to soak up the atmosphere.

Police said the ambience was “convivial” and there were only two arrests — one for assault and one for drug possession.

English Heritage, which looks after Stonehenge among around 400 historic sites, said 170,000 people around the world also watched the solstice online on Tuesday.

“We’re so delighted to have been able to welcome people back this year and also to livestream the occasion to thousands of people right around the world,” said Nichola Tasker, English Heritage’s director of Stonehenge.

Stonehenge was built between 5,000 and 3,500 years ago on a windswept plain in southwest England by a sun-worshipping Neolithic culture. Experts still debate its purpose, but it is aligned so that on summer solstice the sun rises behind the Heel Stone and rays of sunlight are channeled into the center of the circle.

Summer solstices take place as one of the Earth’s poles tilts most closely toward the sun. The Northern Hemisphere’s summer solstice marks the day with the longest daylight hours in the year, and also officially marks the beginning of summer.