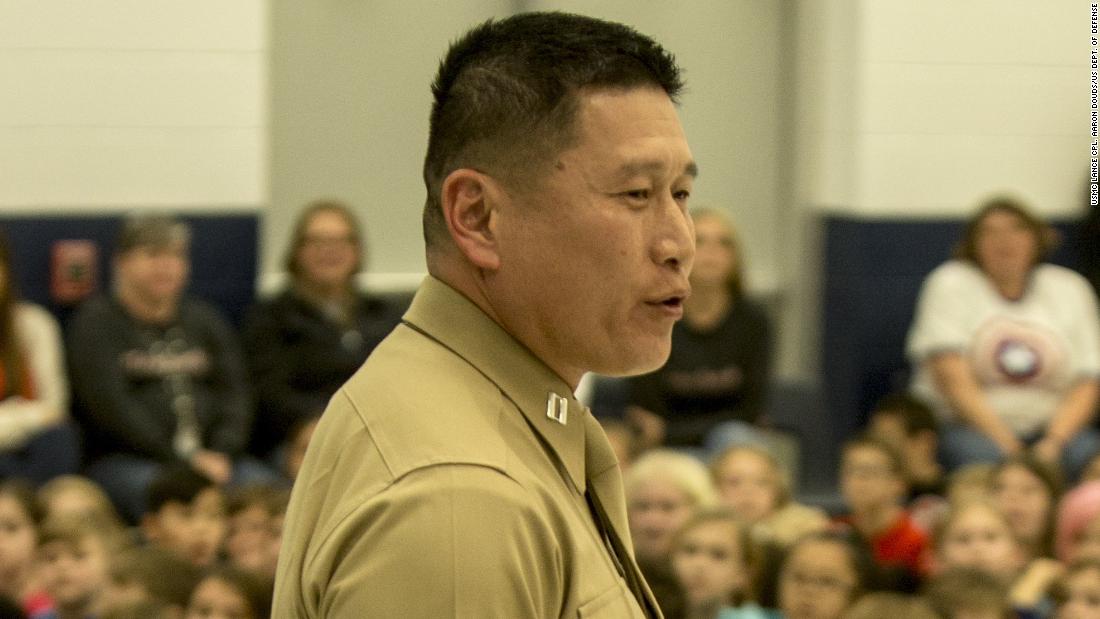 The last time Heeson Kim and other close friends heard from Kurpasi was between April 23 and 24, George Heath, a family friend of Kurpasi’s told CNN. Kurpasi served in the US Marine Corps for 20 years, retiring in November 2021. He chose to Ukrainian locals in Ukraine but initially volunteer did not envision himself fighting on the frontlines of the war, Heath said.

“For him personally, he has a skill set that he feels he can give back,” he said of Kurpasi. “He wanted to go and help the Ukrainian people. He wasn’t really planning on fighting.”

The State Department said it was aware of reports of a third American who traveled to Ukraine to fight against Russia who has been identified “in recent weeks” as missing, State Department spokesperson Ned Price said during a press briefing on Thursday. Price did not give the name of the third reportedly missing American, but said the State Department was in touch with the family.

Kurpasi arrived in Ukraine on March 7 and made it to Ukraine’s capital, Kyiv, on March 21, Heath said. Kurpasi and other members of the foreign legion were tasked to man an observation post at the end of April near Kherson, around the time Kurpasi stopped communicating with his wife and his friends back in the US, Heath said. The foreign legion is a group of foreign fighters who have volunteered to fight alongside Ukrainians against Russia’s invasion of the country. It is not clear if Kurpasi was a member of the foreign legion, but he was a volunteer fighting alongside Ukrainians, Heath said.

Kurpasi and foreign legion troops manning the post at the time started “receiving small arms fire” on April 26, Heath said, meaning they were getting shot at. Kurpasi and the other soldier “went to go investigate what was happening,” so they left the observation post, Heath said. Kurpasi then radioed to the Ukrainian military to start firing back and “that was the last time anyone heard from him,” said Heath, who has reconstructed the account from other Ukrainian legion members he’s spoken with in the weeks since Kurpasi has gone missing.

Kurpasi’s “goal was not to be in firefights doing stuff like that,” when he went to Ukraine, Heath said. “It just ended up being that way in the end,” he added.

Kurpasi joined the US Marines after the September 11 terrorist attacks and had four deployments during his service, including three to Iraq. He was a decorated service member who won the Good Conduct Medal three times, the Navy and Marine Corps Achievement Medal three times, the Purple Heart medal, the National Defense Service Medal, and the Global War on Terrorism Expeditionary Medal, among other awards, according to his military service record.

Heath described Kurpasi, his platoon commander in the US Marines from 2012 to 2014, as a “great leader.” “He always led from the front. He always took care of his Marines,” he said.

After retiring from the Marines last fall, Kurpasi applied to a PhD program at Stanford University. He did not get into the program but was applying to other doctorate programs while he was in Ukraine, Heath said.

Kurpasi’s last post in the military was at Camp Lejeune in North Carolina. He was living in Wilmington, North Carolina, before he left for Ukraine, another family friend, Jason Tokushige, told CNN.

Price said the State Department is in contact with the families of the two other US citizens reportedly captured in the country, as well as the Ukrainian authorities and the International Committee of the Red Cross, but that they similarly could not confirm reports that these two citizens were captured.

On Wednesday, CNN reported that Alexander John-Robert Drueke, 39, from Tuscaloosa, Alabama, and Andy Tai Ngoc Huynh, 27, from Hartselle, Alabama — who had been fighting alongside Ukrainian forces north of Kharkiv — have been missing for nearly a week and there are fears that they may have been captured by Russian forces, according to their families and a fellow fighter.

A photo emerged on Thursday of Drueke and Huynh in the back of a Russian military truck, apparently confirming they had been captured by Russian forces north of Kharkiv last week. CNN could not independently verify when the photo was taken.

The image shows the two men looking up at the camera with their hands behind their backs, as if they are bound.

The undated photo was posted on Telegram on Thursday by a Russian blogger.

The US State Department on Thursday told the family of one of the Americans missing in Ukraine that there is potential evidence of capture of Drueke, but could not verify the photo at the time, Bunny Drueke, Alexander’s mother, told CNN.

“They said that there is a photograph that is being circulated on the Russian media. And they’re working hard to verify it,” Drueke told CNN’s Jake Tapper on “The Lead.” “We’re very hopeful.”

Drueke said her son went to Ukraine to train soldiers there to fight against Russia because “he felt that if Putin wasn’t stopped now, he would just become bolder with every success, and that eventually he might end up on American shores.”

There is very little to identify the location of the vehicle seen in the photo, but a white box of food with tin cans falling out has been identified by CNN as being “mackerel with vegetables” made by a Russian food producer.

CNN has reached out to Russia’s Ministry of Defense for comment.

Price said the US is not in contact with Russia about the reportedly captured American citizens because they do not yet have “credible reason” to believe the Russians have captured them and also because Russia has not claimed to have them captured.

“If we feel that such outreach through our embassy in Moscow or otherwise would be productive in terms of finding out more information on the whereabouts of these individuals, we won’t hesitate to do that,” said Price.

Price also said the US is in contact with “other partners,” including the United Kingdom, over “this issue broadly.”

The department spokesman cautioned Americans against traveling to the country amid the conflict with Russia.

“We continue to urge in every way we can American citizens not to travel to Ukraine because of the attendant dangers that is posed by Russia’s ongoing aggression,” he said.

This headline and story have been updated with additional developments Thursday.