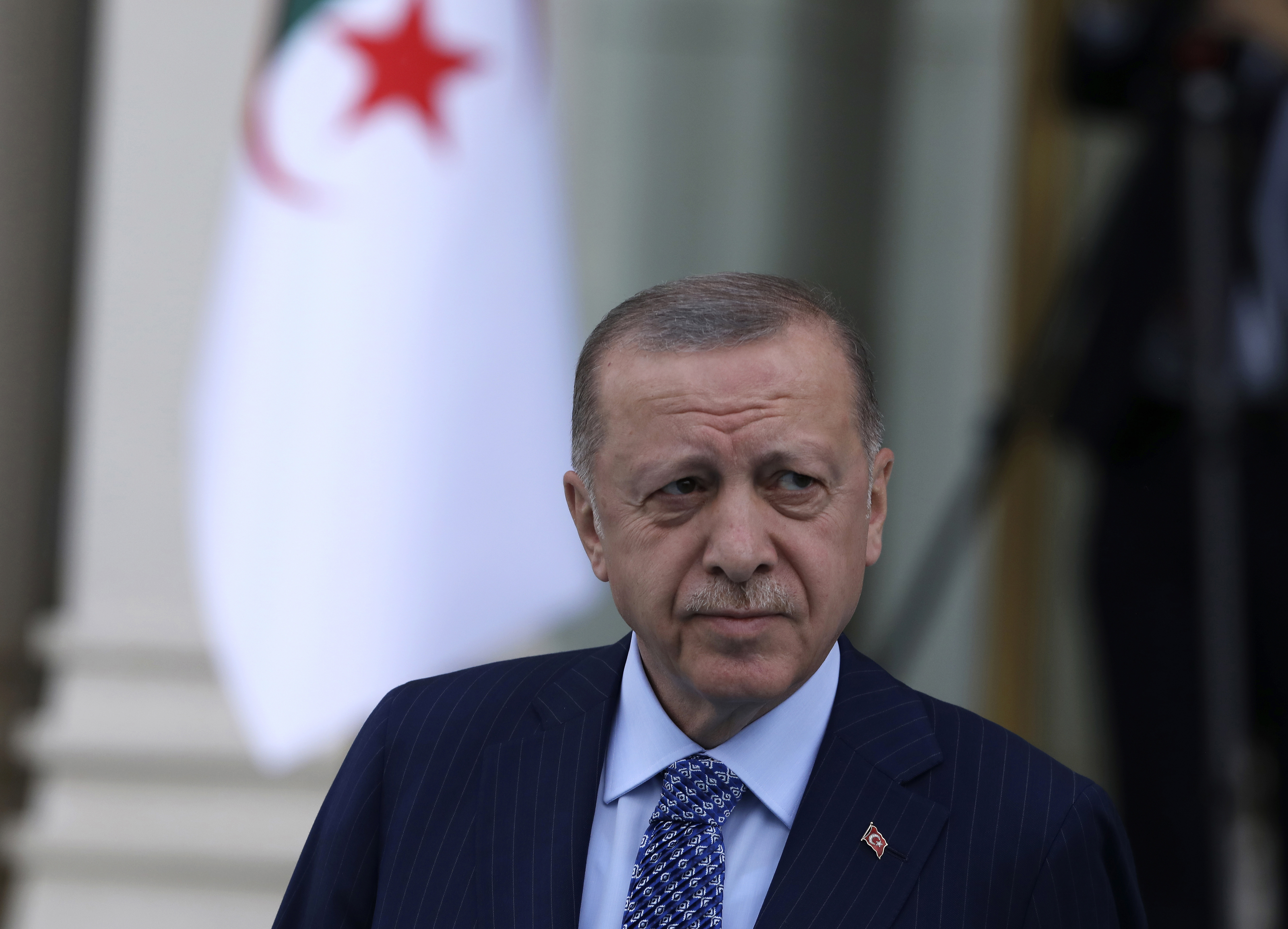 “Turkey maintains that the admission of Sweden and Finland entails risks for its own security and the organisation’s future,” Erdogan wrote recently in an Economist opinion piece trashing NATO’s expansion plans.

But in recent days, there have been growing signs that Turkey may be willing to deal in order to sign off on the nations’ accession, which requires the approval of all 30 NATO members. And President Joe Biden may look to step in to act as the closer when the gathering gets underway Wednesday in Spain.

Biden spoke with the Turkish leader by phone Tuesday, and “he looks forward to seeing President Erdogan” at the summit, according to a White House readout of the call. National security adviser Jake Sullivan later confirmed the two leaders will meet in Spain on Wednesday.

US officials have signaled that Biden would only meet with Erdogan if a deal was likely, and if there was renewed optimism among NATO members that Turkey would eventually sign off, though an official ascension would almost certainly not happen at the summit. But aids noted that talks could progress to the point where at least a declaration of intent could be approved during the week.

Erdogan has often been the problem child within the alliance.

Despite objections from Washington, Erdogan has purchased S-400 air systems from Russia, helped Iran evade some sanctions and is accused of letting Hamas and ISIS fighters safely transverse his nation’s territory. He stands for reelection next summer after two decades in power, during which he has strengthened his rule through constitutional changes, imprisoning many of his alleged critics and cracking down on the media. Some analysts believe he decided that strong-arming NATO would make for good domestic politics.

“Erdogan is NATO’s weakest link,” said Jonathan Schanzer, senior vice president at the Foundation for Defense of Democracies. “But Biden has quite a lot on his plate. Too much, in fact. Whatever Erdogan thinks he’s going to get, he may find that he will need to get in line. He might gain a concession, but at what cost? Turkey is the reason that several NATO states have an explored ejection mechanism, which NATO currently lacks.”

Erdogan had cooked up with Biden’s predecessor, Donald Trump, who declared in 2019 that he was a “big fan” of Turkey’s strongman leader even though Ankara had just purchased weapons systems from Russia over the howls of a bipartisan group of lawmakers. Many in Washington condemned Trump’s decision to withdraw US forces from Syria, which led to a Turkish onslaught of the Kurds, who fought alongside Americans against Islamic State fighters — but whom Erdogan has deemed “terrorists.”

Erdogan and Biden met along the sidelines of the G-20 summit last fall in Rome but did not cross paths at the extraordinary NATO summit in Brussels this spring, soon after Russia’s invasion. Erdogan has raised concerns about Swedish support for Kurdish militias and appears to be attempting to create a precedent to prevent any NATO ally from backing the group.

“[Erdogan] is very good in converting what is good for Turkey into what is good for Erdogan,” said Soner Cagaptay, a Turkey expert with the Washington Institute for Near East Policy. “I believe that Erdogan is going to use this to boost his popularity before elections in Turkey.”

Many officials believe that Erdogan’s concern about the Kurdish militants is also a convenient fig leaf to disguise his real hopes — to get the Americans to approve a sale of F-16 fighter jets to Ankara.

“The argument is the ‘tell’ that the Turks are actually trading with Biden,” said Steven Cook of the Council on Foreign Relations. “President Erdogan calculates that NATO expansion is more important to Biden than congressional concerns about sending F-16s to Turkey.”

If Erdogan signs off on any deal, the agreement would, in many ways, underscore just how badly Putin’s invasion has backfired.

Among the Russian leader’s justifications for crossing into Ukraine was to prevent it, or any other Eastern European nation, from joining NATO, which was formed in the aftermath of World War II as a bulwark to aggression from the then-Soviet Union. The organization’s founding principle is known as Article Five: that if any one member is attacked, the rest of the alliance is obligated to come to its defense.

Putin wagered that, when faced with bonafide Russian violence and economic hardships stemming from the war, NATO would splinter and resist rushing to the aid of a non-member. But instead, the alliance has rallied together, with many of its members sending weapons and money to Kyiv’s defense.

And while Ukraine itself has wavered on the idea of ​​joining NATO, Putin’s invasion has pushed other European nations, including Finland and Sweden, to do so.

“Putin has been counting on, from the beginning, that somehow NATO would — and the G-7 would splinter,” Biden said at the week’s first summit, the G-7, in Germany. “But we haven’t, and we’re not going to.”

CORRECTION: A previous version of this report had a typo in Jonathan Schanzer’s quote.