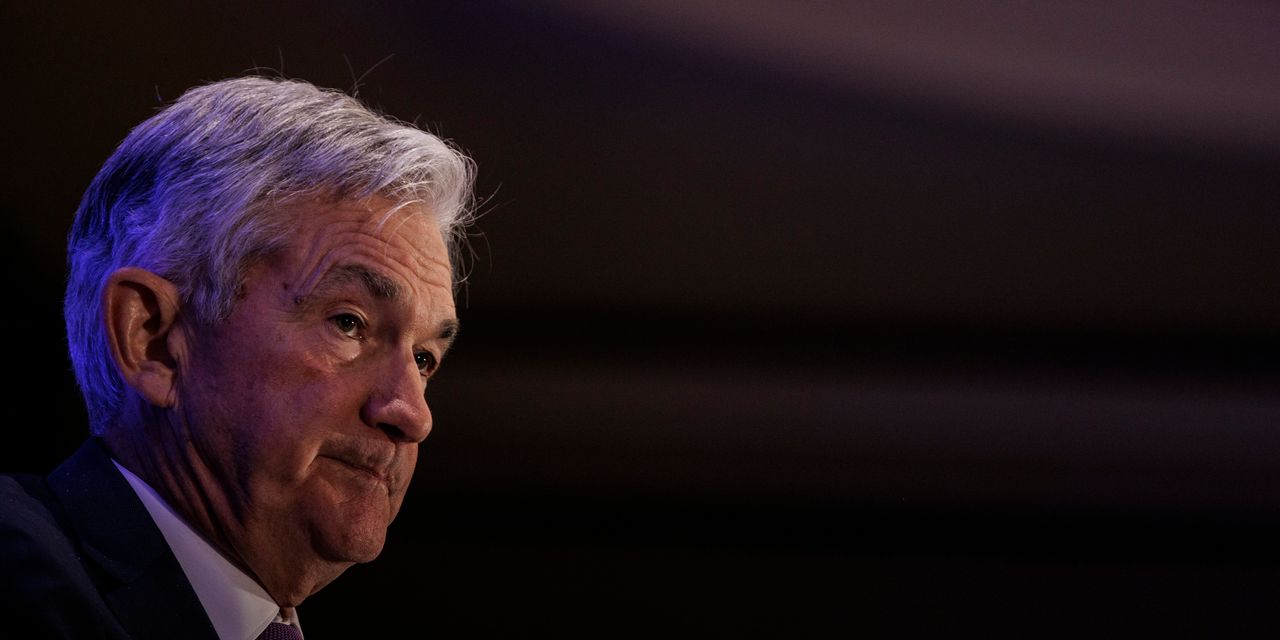 The bond market’s most reliable gauge of the US economic outlook for the past half-century is hurtling toward inversion at a faster pace than it has in recent decades, raising fresh worries about the economy’s prospects as the Federal Reserve begins to consider aggressively hiking interest rates .

shrank to as little as 13 basis points on Tuesday, a day after Fed Chairman Jerome Powell opened the door to raising benchmark interest rates at more than a quarter percentage point at a time. Though slightly higher on the day as of Tuesday afternoon, the spread is down from as high as 130 basis points last October.

Investors pay close attention to the Treasury yield curve, or slope of market-based yields across maturities, because of its predictive strength. An inversion of the 2s/10s has signaled every recession for the past half-century. That’s true of the early 1980’s recession that followed former Fed Chairman Paul Volcker’s inflation-fighting effort, the early 2000’s downturn marked by the bursting of the dotcom bubble, the 9/11 terrorist attacks, and various corporate-accounting scandals, as well as the 2007-2009 Great Recession triggered by the global financial crisis, and the brief 2020 contraction fueled by the pandemic.

Inversions have already struck elsewhere along the US Treasury curve, suggesting the dynamic is broadening out and could hit the 2s/10s soon. Spreads between the 3-, 5-, and 7-year Treasury yields versus the 10-year, along with the gap between 20-and 30-year yields, are all now below zero.

“The yield curve has the best track record within financial markets of predicting recessions,” said Ben Emons, managing director of global macro strategy
at Medley Global Advisors in New York. “But the psychology behind it is just as important: People begin to factor into their minds interest rates that are perhaps too restrictive for the economy and which could lead to a downturn.”

The following chart, compiled in February, shows how the 2s/10s reversed ahead of past recessions and has continued to flatten this year. The 2s/10s most recently inverted for a brief time in August and September of 2019, just months before a downturn sparked by COVID-19 hit in February to April of the following year.

Ordinarily, the curve slopes upward when investors are optimistic about the prospects for economic growth and inflation because buyers of government debt typically demand higher yields in order to lend their money over longer periods of time.

The contrary is also true when it comes to a flattening or inverting curve: 10- and 30-year yields tend to fall, or rise at a slower pace, relative to shorter maturities when investors expect growth to cool off. This leads to shrinking spreads along the curve, which can then lead to spreads falling below zero in what’s known as an inversion.

An inverted curve can mean a period of poor returns for stocks and hits the profit margins of banks because they borrow cash at short-term rates, while lending at longer ones.

Though it slightly steepened on Tuesday, the 2s/10s spread is still flattening at a faster pace than it has at any time since the 1980’s and is also closer to zero than at similar points of time during past Fed rate-hike campaigns, according to Emons of Medley Global Advisors. Ordinarily, the curve doesn’t approach zero until rate hikes are well under way, he says.

The Fed delivered its first rate hike since 2018 on March 16, and is now preparing for a 50-basis-point move as soon as May, with Powell saying on Monday that there was “nothing” that would prevent such a move, though no decision had been made yet.

Some market participants are now factoring in a fed-funds rate target that might ultimately get above 3%, from a current level between 0.25% and 0.5%.

Meanwhile, Powell says the yield curve is just one of many things policy makers look at. He also cited Fed research that suggested that spreads between rates in the first 18 months of the curve — which are currently steepening — are a better place to look for “100%” of the curve’s explanatory power.

It’s the 2s/10s spread, though, that comes with a proven half-century track record. And it’s fair to say that whenever the spread is about to invert, observers have cast doubt on its predictive capabilities.

Read: Here are three times when the Fed denied the yield curve’s recession warnings, and was wrong (April 2019)

“Usually the yield curve is an excellent look into the not-so-distant future,” said Jim Vogel of FHN Financial. “Right now, however, there are so many things moving at the same time, that its accuracy and clarity have begun to be diminished.”

One factor is “terrible” Treasury market liquidity resulting from the Fed’s move away from quantitative easing, as well as Russia’s invasion of Ukraine, Vogel said via phone. “People are not necessarily thinking. They are reacting. People are not sure what to do, so they’re buying three-year maturities, for example, when typically people are more thoughtful about their choices. And those choices usually go into the accuracy of curve.”

He sees the spread between 3-year TMUBMUSD03Y,

and 10-year yields, which just inverted on Monday after Powell’s comments, as a better predictor than 2s/10s — and says that a sustained inversion of 3s/10s over one or two weeks would lead him to believe a recession is on the way .

On Tuesday, Treasurys continued to sell off sharply, pushing yields higher across the curve. The 10-year rate rose to 2.38%, while the 2-year yield advanced to 2.16%. Meanwhile, US stocks recovered ground as all three major indexes DJIA,