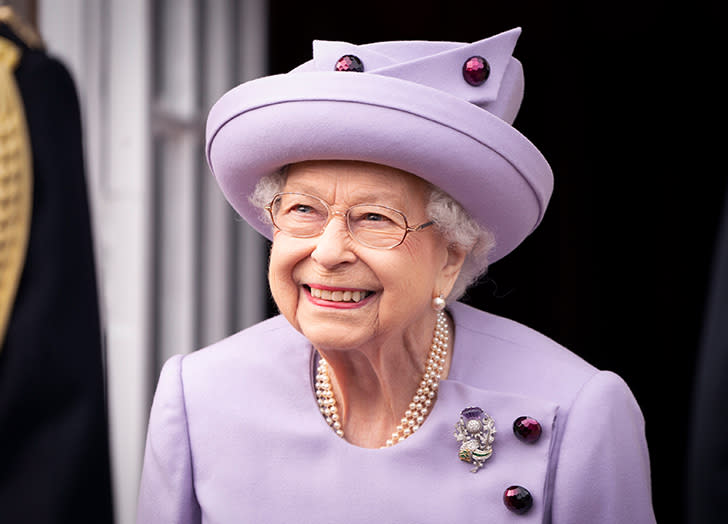 The Birmingham XXII Commonwealth Games are officially underway, as the opening ceremony began earlier today. Even though Queen Elizabeth was n’t there, she received a touching tribute all her own.

On the heels of the historic Platinum Jubilee, Birmingham played a montage that honored the legacy and life of Her Royal Highness. It started with black and white clips from her her early years on the throne and ended with footage from this summer’s Jubilee celebrations, showing the queen in her carriage, complete with an HD television.

Prince Charles and Camilla Parker Bowles, along with other members of the royal family, arrived shortly after to represent the queen at the opening ceremony. They walked onstage just in time for Samantha Oxborough’s performance of the national anthem.

For the uninitiated, the Commonwealth Games are sort of like the Olympics, but it’s limited to athletes from the Commonwealth of Nations. It’s hosted every four years, and includes events in basketball, swimming and badminton, to name a few. This year, 6,500 athletes from 72 different nations and territories will be competing. The games begin tomorrow and run through August 8.

Most exciting of all is the Queen’s Baton Relay, a country-wide baton relay that ends at the Opening Ceremony. The baton carries a message written by Elizabeth herself, and after a 90,000-mile journey, her words will be revealed to the public today.

Here’s to hoping the queen is watching at home on that HD TV.

RELATED: Royal History in the Making: Prince Charles Just Took Over Queen Elizabeth’s Role at Parliament for the First Time