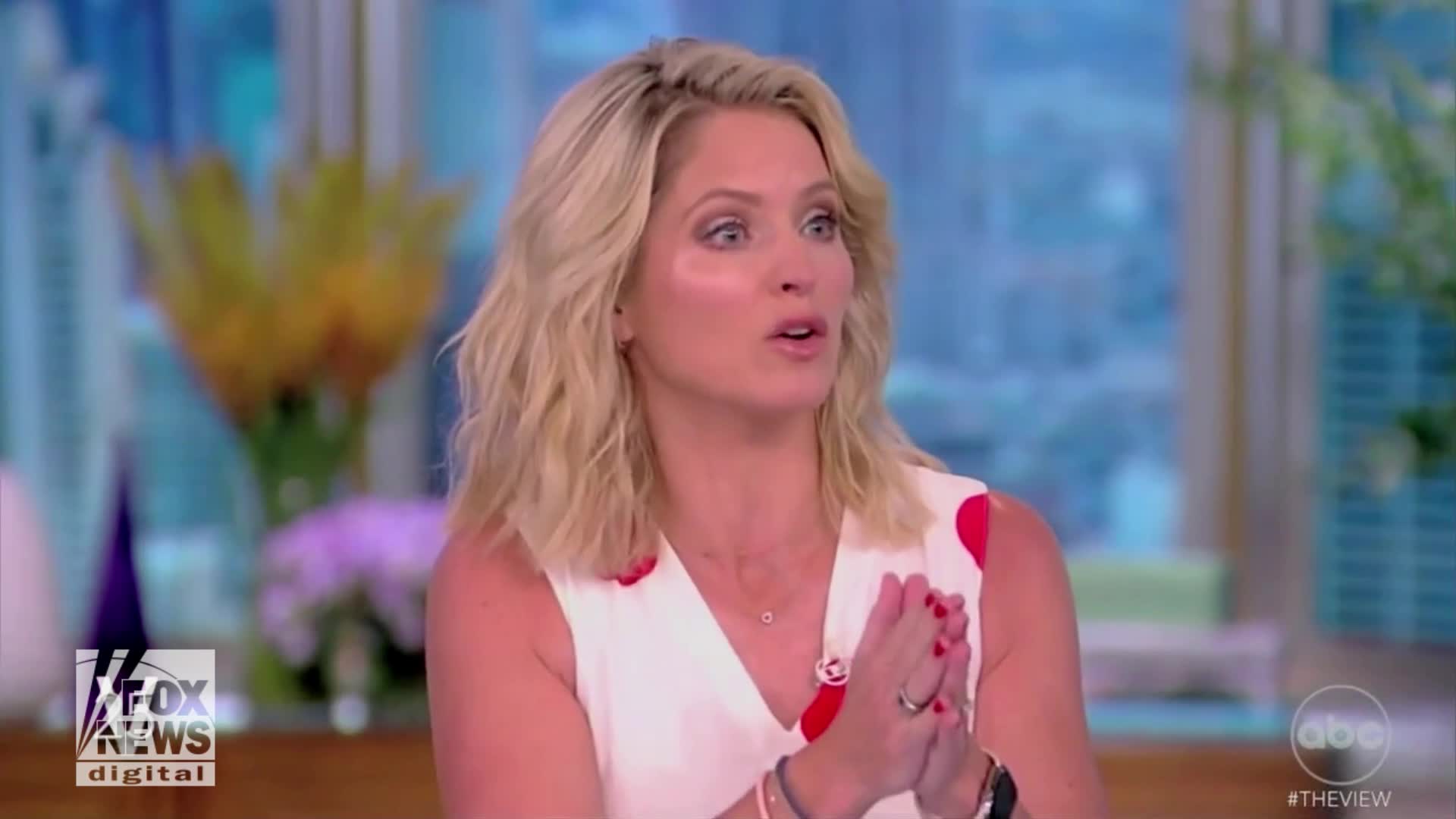 Co-host of ABC’s “The View” Sara Haines suggested Friday that Saudi Arabia would run to Iran if it felt abandoned by the United States, despite the fact that the two Middle Eastern countries are longtime enemies and religious rivals.

On Thursday, former President Trump came under fire after telling a reporter that “nobody’s gotten to the bottom of 9/11” during an exchange at a Saudi-backed LIV Golf tournament at his in Bedminster, NJ The tournament has come under intense scrutiny , the critics argue Saudi Arabia is using the venue to reorient its public image after the 2018 assassination of Washington Post journalist Jamal Khashoggi.

“The View” co-host Ana Navarro claimed Trump was disregarding the pleas of the families of 9/11 victims by going on with the event, and was doing it for “no other reason” than to benefit himself.

‘THE VIEW’ APOLOGIZES: FIVE TIMES THE ABC NEWS PROGRAM WAS FORCED TO SAY SORRY ON THE AIR

Former US President Donald Trump watches his shot from the first tee during the pro-am prior to the LIV Golf Invitational – Bedminster at Trump National Golf Club Bedminster on July 28, 2022 in Bedminster, New Jersey.
(Charles Laberge/LIV Golf via Getty Images)

Haines then interjected, asserting the US had in fact come to an investigative conclusion about the 2001 attack, which implicated Saudi Arabia in part in addition to terrorist mastermind Osama bin Laden, and that Trump’s decision was “solely about money.”

“That is not a friendly area typically with allies,” Haines said. “That is a stronghold position we’ve needed, not only for energy and economics, but when we push Saudi Arabia away they run to China, or they run to Iran. Both places are pivotal for international and global relations.”

“No one has ever accused The View of being geopolitical geniuses,” tweeted NewsBusters editor Nicholas Fondacaro, whoged the comment.

Iran and Saudi Arabia, both Islamic theocracies but of different sects, have had no diplomatic relations since the 2016 attack on the Saudi embassy in Tehran, following the Saudi execution of Sheikh Nimr al-Nimr.

Saudi Arabia has repeatedly emphasized that Iran is the biggest threat to stability in the Middle East. The Kingdom often cites Iran’s nuclear program and funding of militant proxy groups throughout the region as cause for alarm.

ABC did not respond to Fox News Digital’s request for comment.

Nikolas Lanum is an associate editor for Fox News Digital.