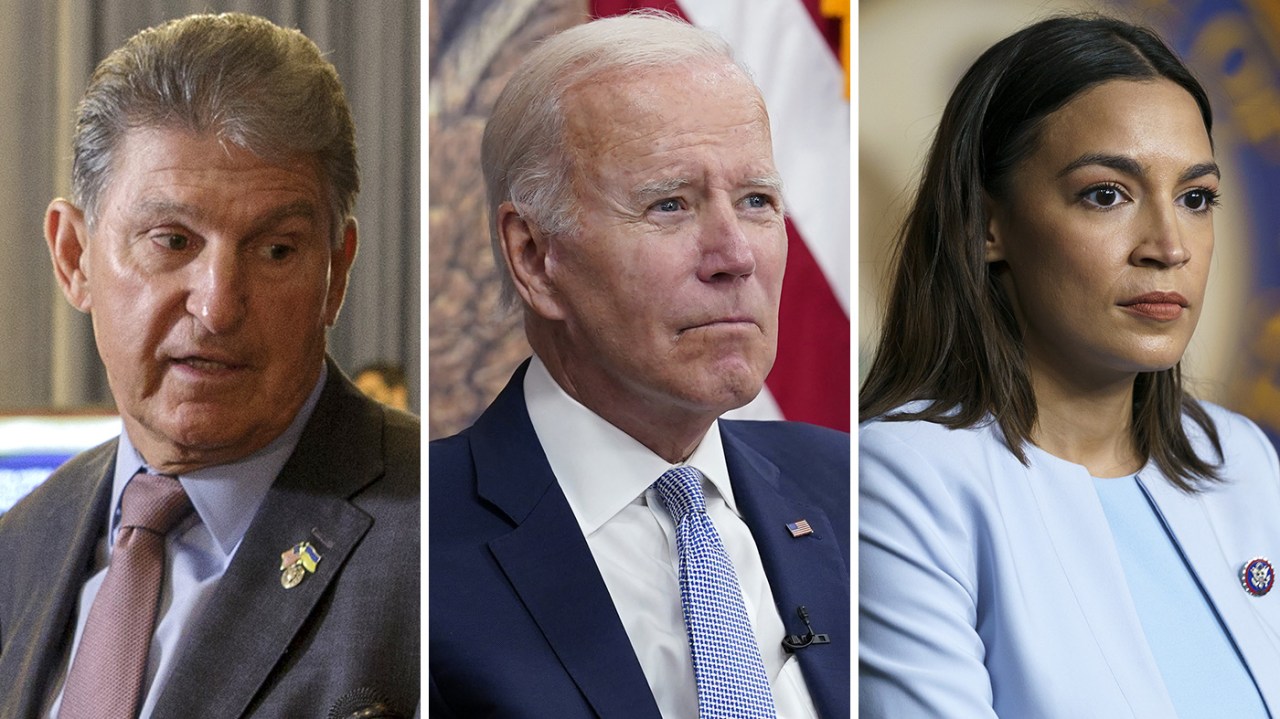 President Biden has been on a much-needed hot streak of late.

But it hasn’t stopped members of his own party from signaling their doubts about whether he should seek a second term.

It’s a galling situation for Biden, who is sensitive about his age and, long before that was an issue, has felt at times during his half-century in politics that he has not been accorded due respect.

Now he is moving to the midpoint of his first term with a growing list of accomplishments — and Democratic officeholders are becoming increasingly bold in their view that he should stand aside.

The past few weeks have seen new propulsion behind a presidency that only a short time ago seemed directionless.

A gun reform bill — modest yet also the most significant step on the issue since the 1990s — passed. So did legislation supporting the American semiconductor industry.

Ayman al-Zawahiri, the longtime al Qaeda leader who had been Osama bin Laden’s right-hand man before taking control of the terror network, was killed by a US drone strike in Afghanistan on July 31.

Perhaps most significantly of all, Democrats are on the cusp of passing a bill that will curb prescription drug prices, begin to address climate change, raise some taxes on the very wealthy and, perhaps, tame inflation.

Biden can also point to the $1 trillion infrastructure bill he signed into law late last year and an economy that, for all its other problems, has seen robust job growth throughout his presidency.

On Friday, the latest employment figures showed the nation adding more than half a million jobs in July — a figure that surpassed even the most optimistic estimates. The unemployment rate fell to 3.5 percent, matching the 50-year low hit in early 2020, immediately before the COVID-19 pandemic took hold.

Yet for all of that, Biden continues to battle miserable job approval numbers and a tangible lack of enthusiasm among many of his fellow Democrats.

As of Friday evening, the RealClearPolitics polling average showed almost 57 percent of Americans disapproving of their job performance and just under 40 percent approving. The biggest single culprit is inflation, which is at its highest point since the early 1980s.

The question marks around whether Biden should seek a second term, according to Democratic strategist Mark Longabaugh, “have to do with his age and his performance to date. People are just looking at that and going, ‘Is he really the strongest Democrat to try to hold the White House in 2024?’”

Longabaugh, who was a senior adviser to Sen. Bernie Sanders’s (I-Vt.) 2016 presidential campaign, made clear that he shared those doubts. He also noted that the public chorus of discontent is “an extraordinary situation” without any obvious parallel in recent decades.

Biden’s defenders note that some of the criticism, explicit and implicit, is coming from the left — a strand of the party that has long distrusted the president.

When progressive Rep. Cori Bush (D-Mo.) was asked late last month whether she wanted Biden to run for a second term, she replied, “I don’t want to answer that question.”

Rep. Alexandria Ocasio-Cortez (DN.Y.), asked by CNN’s Dana Bash in June whether she would commit to supporting Biden for a second term, said, “We’ll cross that bridge when we get to it.”

But not all the dissent is coming from predictable quarters.

Rep. Dean Phillips (D-Minn.), a moderate, replied, “No, I don’t” when asked in a recent radio interview if he wanted the president to seek a second term. “I think the country would be well served by a new generation of compelling, well-prepared, dynamic Democrats,” he added.

In the past few days, Rep. Carolyn Maloney (DN.Y.) ruffled more feathers by first saying during a televised debate that she did not “believe” Biden would seek a second term. Maloney then went on CNN to offer an apology to the president but she repeated, “I happen to think you won’t be running.”

On top of all that, there are some Democrats who are positioning themselves for a presidential run in the event that Biden decides against seeking a second term. The most blatant example is California Gov. Gavin Newsom (D), though Illinois Gov. JB Pritzker (D) is another name drawing some attention.

Some Democrats who are more supportive of Biden roll their eyes at the shenanigans.

“I think it’s the typical Democratic hand-wringing that we’ve seen prior to the midterms for every Democratic president since I became an adult,” said strategist Julie Roginsky, citing the big losses suffered by the party in the 1994 and 2010 congressional elections during the first terms of former President Clinton and former President Obama, respectively.

But those presidents did not really face any credible suggestion that they should surrender the White House after only one term.

Roginsky placed some of the blame for Biden’s plight on what she characterized as “the White House’s massive communications problem.”

She contended that the president and his aides are spending too much time on defense rather than assailing the GOP for its “extremist” positions on key issues such as abortion and election denialism.

If he responds to suggestions that he should relinquish office at the end of his term, he fuels the story. If he stays quiet, he does nothing to tamp down the dissenters.

It’s a problem from which there is no obvious escape — despite the recent spate of good news.

The Memo is a reported column by Niall Stanage.