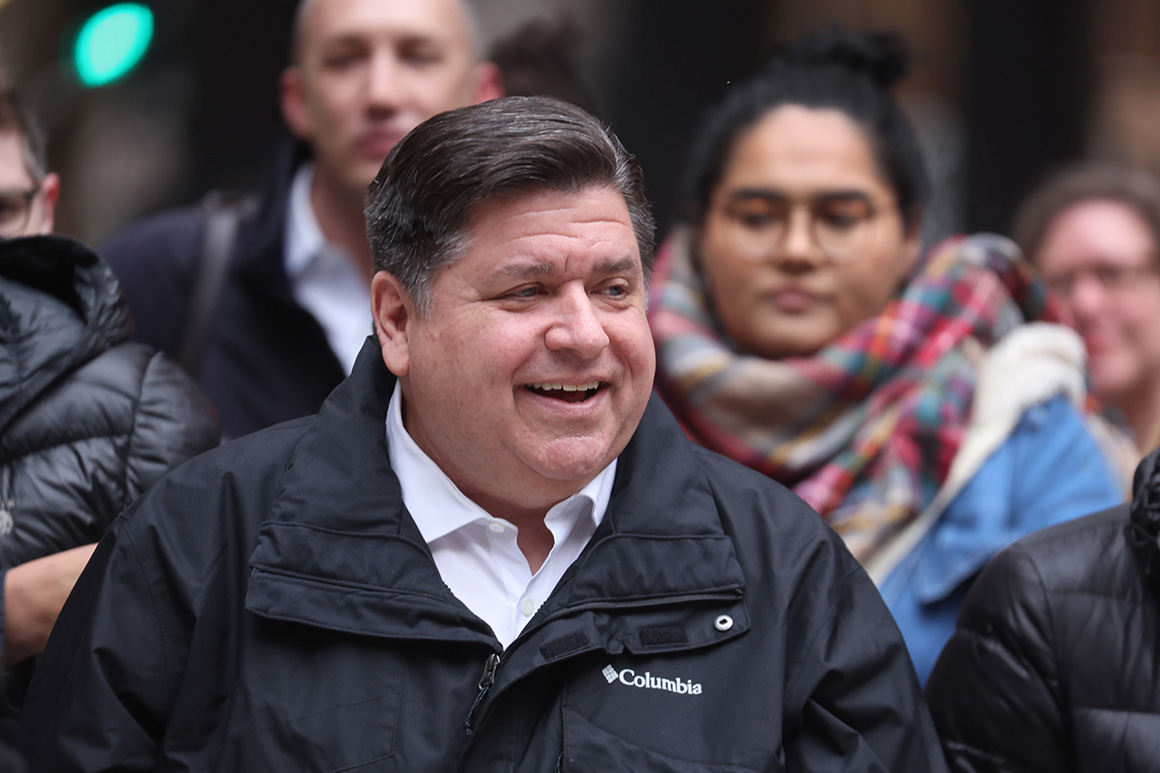 Amid the will-he-or-won’t-he speculation, Democratic governors are positioning themselves as future party standard bearers.

Sitting for national press interviews and hobnobbing with donors across the country is the kind of work that accompanies reelection campaigns. But it’s also exactly the type of behind-the-scenes preparations that mark the early stages of considering a presidential bid — whether in 2024 or 2028.

If Biden bows out, Democratic governors could be well-positioned step in, seizing on the advantages of state leadership: established brands apart from a damaged national party; state-level policy successes like tackling stricter gun laws or protecting access to abortion; and a degree of separation from the drubbing of their national counterparts are likely to suffer in November.

Interviews with more than a dozen Democratic strategists and operatives surfaced a lengthy list of would-be presidential contenders. Aside from Pritzker, Murphy and Newsom, there’s North Carolina Gov. Roy Cooper, who won the state even as Trump prevailed there. Michigan Gov. Gretchen Whitmer, who rose to national prominence during Biden’s vice presidential search, is also frequently mentioned.

Colorado Gov. Jared Polis, who took a different approach to the pandemic than many fellow Democrats, would be a history-making, openly gay candidate. Stacey Abrams, who is running in a rematch against Georgia Gov. Brian Kemp, is already a party star with an enormous national fundraising base.

“For governors, especially those up in 2022, you’re building an operation for now, but you could also use it again in 2024 or 2028 — and for those who can win in 2022, they’ve got a really good story to tell that keeps them separate from the national Democratic brand,” said Corey Platt, former political director at the Democratic Governors Association — who added that he is a Biden supporter and believes the president is Democrats’ likeliest and best nominee in 2024.

“It’s happening in the lightest of ways for all the obvious reasons, including the need to build a national fundraising operation,” Platt added. “But if you want to run for president one day, that doesn’t happen overnight.”

Governors of the face major hurdles when running for national office. Chief among them is upping their name recognition and building a national donor network, all the while not stepping on any toes at the White House.

“If Biden isn’t going to run, but he doesn’t make that decision until very late, as is his habit, there’s not a lot of time to introduce yourself to the country. So that favors the candidates who have already run and it may please candidates who already have resources, like Pritzker and Murphy,” said David Axelrod, a longtime Democratic strategist and former adviser to former President Barack Obama, name-checking two governors who are independently wealthy “Governors are a bit freer to get out there because they’re not situated in Washington, but also because the imperative is greater for them to get into those national conversations.”

By contrast, the Democrats who ran for president and lost in 2020 wouldn’t have to do as much to restart their operations — but they’re even closer to the incumbent president. Should Biden not run for another term, Vice President Kamala Harris has already gotten the nod from House Majority Whip Jim Clyburnthe key endorsement for Biden in South Carolina in 2020. Clyburn told The Wall Street Journal that “right now, I’m for Biden, and second, I’m for Harris.”

Many 2020 candidates have kept up their relationships in the early states with visits, like Harris headlining a fundraiser for South Carolina Democrats earlier this month. Sen. Amy Klobuchar (D-Minn.) was also featured at a Democratic dinner in New Hampshire last March. Sen. Cory Booker (DN.J.) did the same at a fundraiser in New Hampshire in December 2021. Transportation Secretary Pete Buttigieg and Sen. Elizabeth Warren (D-Mass.) also have ready-made grassroots networks to tap into.

Aides to Sen. Bernie Sanders (I-Vt.) penned a memo earlier this year saying he hasn’t closed the door on a third presidential run, a move approved by the senator himself. But Sanders has said that “Biden will probably run again, and if he runs again, I will support him.”

“What’s holding people back from doing anything actively is Joe Biden and Bernie Sanders,” said one Democrat who advises a former 2020 presidential candidate, granted anonymity to speak candidly about the issue. “There’s a chance someone on the left is bullish enough to run in 2024, but they won’t go in front of Bernie, and there’s even less of a chance someone from the middle goes for Biden. Between those two factors, that suppresses most to all activity.”

Even for the governors looking to grow their national profile, they’re doing it in subtle ways, all informed by the general assumption that Biden is running for reelection — but that the responsible course is to strengthen their political operations just in case.

Pritzker’s swing through New Hampshire also included a range of East Coast stops, including rallying for Maine Gov. Janet Mills and Massachusetts Attorney General Maura Healey, who’s running for governor. He’s made abortion rights central to his own campaign — as have the Democrats getting donations from his Pritzker’s significant personal wealth. Last week, he also met with DNC leaders about Chicago hosting the 2024 presidential convention, according to a Pritzker spokesperson.

For his part, Pritzker said his northeast trip was about “help[ing] Democratic governors get elected.,” when he was asked about 2024 speculation “I can’t tell you anything other than I love the job that I have and that’s why I’m running for reelection for governor of this state,” he added.

But his visit to New Hampshire introduced him to a set of likely to be instrumental in the presidential selection process for years to come.

“I think Joe may decide to run again in 2024, but I’ll tell you what — JB’s got a future in the Democratic Party and I think it’s higher than the governor of Illinois,” said Bill Shaheen, a DNC member from New Hampshire who attended Pritzker’s speech at the state party convention last weekend.

In New Jersey, Murphy and his wife launched a super PAC and nonprofit organization, Stronger Fairer Forward, that’s now running ads in New Jersey, touting Murphy’s record. This week, the group launched a month-long $2 million ad buy, which features Murphy explaining what he’s doing to fight inflation and highlighting his own personal story of his growing up in a family that “struggled to make ends meet.”

Murphy won reelection last fall by just over 3 percentage points in a state Biden won by nearly 16 points in 2020. The tight result previewed the brutal midterm environment Democrats are facing this fall.

“I don’t think there’s any secret that Governor Murphy is looking at an opportunity to run for president,” said former New Jersey Senate President Stephen Sweeney, a Democrat. “I know they’ve been raising money and that’s the first sign there’s an interest. Whether he runs or not, who knows, but there’s an obvious interest.”

In California, Newsom is leading the way on a pair of issues that deeply matter to Democratic primary voters: abortion and guns. He’s spearheading an effort to code Roe v. wade in California’s constitution, while calling out the national Democratic Party for failing to act, saying: “Where the hell’s my party?”

He’s also backing a raft of gun control measures moving through the California Legislature, including the bill that allows residents to sue gun makers and sellers, inspired by the Texas abortion bill that does the same for abortion providers.

It’s the type of material one could imagine hearing in a Democratic presidential stump speech, should the opportunity arise.

“I think there is at least some fair conjecture that [Biden’s age] will ultimately cause him not to run,” Axelrod said, “so it’s natural that politicians are thinking about the ‘what if.’”